StreetWise To Sell T-Shirts For Homeless On Michigan Avenue

MAGNIFICENT MILE — StreetWise is branching into T-shirts again for one day only, with all the proceeds benefiting its street vendors in need.

The pop-up sale — a partnership between StreetWise and Daily Planet Productions — raised more than $7,000 in a day last year.

"With such a great response we knew we had to do this again," Scott Marvel, president of Daily Planet, said in a statement.

Sales will last from 10 a.m.-8 p.m. Thursday at the McCormick Bridgehouse and Chicago River Museum at the southwest corner of Michigan Avenue and Wacker Drive. Shirts will be sold for $25, but tote bags, notebooks, posters, hand towels and other merchandise will be sold, too. Shirts can also be bought online.

Visitors can also enter a raffle for two tickets to the Chicago Blackhawks game Dec. 20 against the Ottawa Senators. 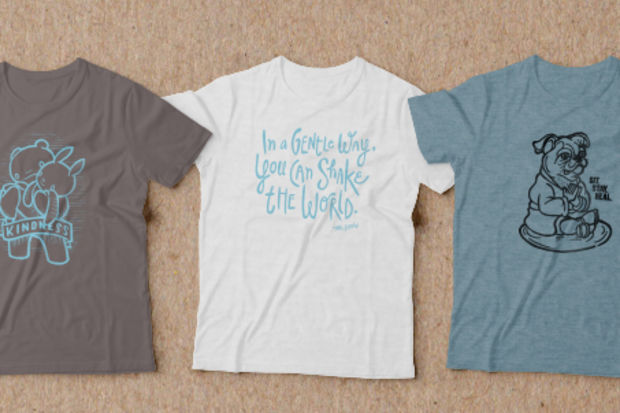 StreetWise, based in Uptown, has been in circulation since 1992. The publication uses needy vendors who pay 90 cents for magazines they sell for $2 each. StreetWise said it has aided more than 11,000 people since its inception.

Thursday's pop-up sale "extends our mission to ‘give a hand up, not a hand out’ as our vendors work to earn an income at the pop-up store, just as they do each day with their magazine sales,” Julie Youngquist, the executive director of StreetWise, said in a statement.

Gym Owner Proud To Stay On South Side: 'I Do This For The Love'

Need Stuff for Your Home Bar? Shuttered Houlihan's to Auction Everything