The top prosecutor met with reporters Downtown Monday to outline impending changes to her office — including the creation of a gun unit, hiring an ethics officer and a focus on school- and community outreach.

When it comes to officer-involved shootings, Foxx said, many in the city are still reeling from the Rekia Boyd and Laquan McDonald cases. Boyd was gunned down by an off-duty officer who later walked free; prosecutors waited 13 months to charge Officer Jason Van Dyke in McDonald's slaying.

"Really, there was no accountability — at least that the public could see — for a long time," Foxx said.

In recent years, she noted, prosecutors only began to investigate officer-involved shootings after the Independent Police Review Authority (IPRA) completed its own months-long probe.

Foxx doesn't plan to wait. The Chicago native hopes to "have protocols in place" to run a parallel investigation "in a timeframe that doesn't have the public believing it's not urgent to us." 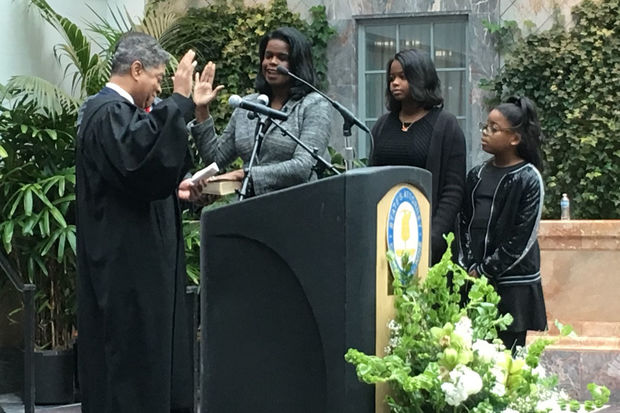 Foxx hopes to tackle the city's rising gun-violence and murder rates by taking a page from New York City. In recent years, Foxx said, the New York City state's attorney's office has worked with law enforcement to target the 150 people there who were responsible for the highest number of violent crimes.

By sharing information across agencies, studying data and spotting trends, Foxx said, New York city was able to "drive down that small faction."

"The data has borne out that going after those folks drove the violence down," Foxx said. "And the state's attorney's office owned it. They said: We have a proactive responsibility to deal with gun violence, and not simply react to guns we find in the aftermath. I'm very intrigued by that model."

Foxx said that by sharing information with the Chicago Police Department and other city agencies, the state's attorney's office could effectively track and prosecute some of the city's worst offenders.

During her inauguration last week, Foxx vowed "justice and transparency" as she took the reins of the country's second-largest state's attorney's office. Among new initiatives, Foxx said Monday, will be outreach to classrooms and places of worship. Foxx also hired ethics and diversity officers to ensure her own staff operates with integrity.

"It's very important that as we're talking about accountability for every other stakeholder .... that we also hold ourselves accountable," Foxx said.

Foxx is the first African-American woman to be elected Cook County state's attorney. She handily beat incumbent Anita Alvarez during the Democratic primary in March, and took home nearly two-thirds of the vote in November's general election.

Though Alvarez made history in 2008 when she became Cook County's first female and first Hispanic top prosecutor, she came under intense scrutiny for her handling of the Laquan McDonald case.

Alvarez waited 13 months before charging the Chicago Police officer who fatally shot McDonald 16 times in 2014 — and only did so after a judge compelled the release of dashcam footage from the attack. Critics started a #byeanita hashtag on Twitter to demand she step down.