DOWNTOWN — Douglas Stotz searched Northerly Island on Monday for a bird seen only a few times a year in Illinois.

A type of sea goose known as a "brant" has been spotted twice this month at Northerly Island. Stotz, a senior conservation ecologist at Field Museum and an avid birder, didn't get to see the bird Monday, but he said its presence on the former site of Meigs Field is a promising sign.

Birders who use the bird-tracking tool eBird recently documented the 250th bird species to be found at Northerly Island, which was reopened to the public in September 2015 after a series of natural enhancements. The added features include wetlands and grasslands, plus the introduction of thousands of trees and shrubs. 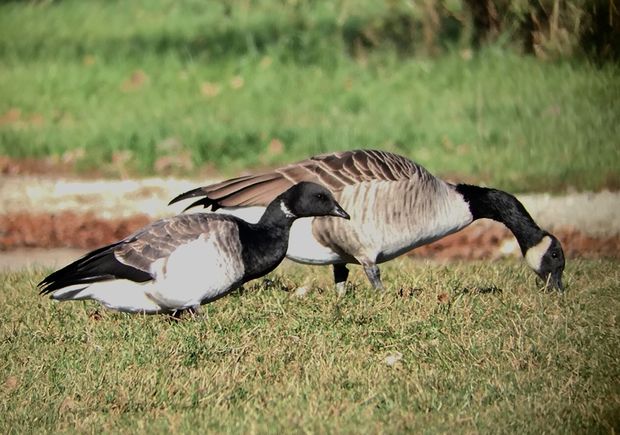 "We're early in the restoration process that was done, and the new habitat has really increased the bird diversity out there," Stotz said. "You go out there on the right sort of day, and it's just loaded with birds."

Stotz said as the trees grow, more types of birds will be found on Northerly Island. More than 400 birds can be found in Cook County, and the most diverse bird area within city limits is Montrose Point, which has documented 329 bird species, according to eBird. Hundreds of thousands of migrating birds travel through the city during the spring and fall, many along the city's lakefront from the East Side to Rogers Park.

Stotz said that Northerly Island's new look has saved the lives of countless birds. The island used to feature only dry grassland, which kept birds from landing there. Instead, they would fly from Lake Michigan into the city and often crash into McCormick Place.

"Northerly Island has become an important habitat for preventing birds from hitting McCormick Place," he said. "There used to be no place to stop, and now there is."