STREETERVILLE — The Museum of Contemporary Art has tapped Lula Cafe's Jason Hammel for a new restaurant, one of several big changes coming to the Streeterville museum.

Work has already begun on the unnamed restaurant opening next year at the museum, 220 E. Chicago Ave. The restaurant will open along with new classrooms and a malleable "social engagement space" called the Commons at the MCA, which will celebrate its 50th anniversary next year.

The $16 million renovations were announced last year after the museum completed a successful fundraising campaign.

MCA Director Madeleine Grynsztejn said then that the changes were aimed at making the museum more "playful, welcoming, smart and open" as it attempts to attract more visitors.

"This is what I've been working toward since Day One," Grynsztejn, who joined MCA in 2008, said last year. "That's what it's all about, making ourselves more porous to the city and vice-versa." 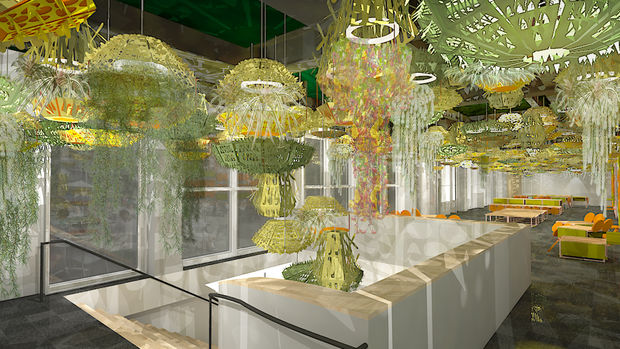 A rendering of the Commons set to open next summer at the MCA. [Pedro y Juana]

The restaurant's menu has also yet to be determined, but it will keep separate hours from the museum and stay open for dinner and late nights daily, said Karla Loring, an MCA spokeswoman. Hammel, who has an undergraduate degree from Brown and a masters degree in English from Illinois State University, is credited for "trailblazing, creative cuisine" that sources organic ingredients from Midwestern farmers at his Lula Cafe in Logan Square.

"Before I discovered cooking, I used to think of myself as a young, urban artist, a seeker in the world," Hammel said in a statement. "Visiting the MCA, I found something beyond the galleries — a creative community of people who continually test ideas and the imagination. This is now the space where my team will open a restaurant and take-away counter where, through food, design, and hospitality, we can speak in a way that is inventive and alive, presenting something real, delicious, and contemporary."

The restaurant will occupy ground-level space off Pearson Street now reserved for a theater and classrooms. The museum's galleries won't be affected by the renovations, which are expected to be done by next summer.

The restaurant will be designed by Chris Ofili, a British national who now lives in Trinidad and in 1998 won the Turner Prize, one of the world's most famous arts prizes.

Plans also call for the Commons, a "social engagement space" on the museum's second floor that will serve as a lounge and just about anything else. The Commons will be designed by Mexican design firm Pedro y Juana.

"We imagine the Commons as an egalitarian space in constant motion, that is flexible and creates a sensation where all kinds of things-even those that are unexpected-can and will happen at all times," Ana Paula Ruiz Galindo, one of the firm's cofounders, said in a statement.

New classrooms will go on the museum's third floor.

"These creative artists represent both local and global perspectives — their collaboration and mutual inspiration will produce unparalleled encounters for our visitors," Grynsztejn said in a statement. 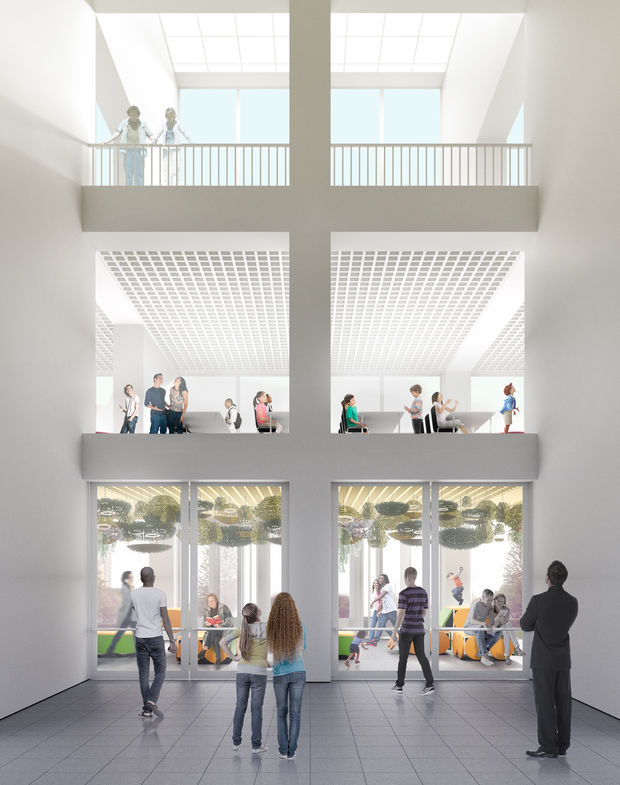 A rendering of the MCA's new-and-improved atrium including the Commons and new classrooms. The restaurant will be lower on the museum's ground floor. [Tom Hancocks]