CHICAGO — A pile of rubbish caught fire Tuesday morning in the Old Main Post Office straddling the Eisenhower Expy., sending more than 100 firefighters into a scramble that shut down the busy highway as they battled the blaze.

No one was hurt in the fire, but there were some harrowing moments as construction crews on the roof of the massive building had to evacuate through a smoky stairwell, one worker said.

The fire began at 9:50 a.m. Tuesday, sending thick black smoke from the building's windows. About 125 firefighters responded to the scene, where they had to use hoses and "search ropes" to make their way through the smoky Art Deco colossus on the highway.

They found the source of the blaze — a "pile of rubbish" that appeared to include oily rags — within 25 minutes on the building's seventh floor.

The Old Main Post office — which has sat vacant for decades — was sold earlier this year to a New York developer who plans to turn the building into office space, a river walk and a new rooftop park.

Built in 1922 and expanded in 1932, it was once dubbed the world's largest building. Its size helped serve what was then two of the country's largest mail order companies, Sears and Montgomery Ward.

Construction crews from multiple companies have been working on the roof for months. The workers were evacuated as soon as the smoke was reported.

Though the blaze was contained to one floor of the building, the fire still shut down traffic on the Eisenhower Expy. as firefighters knocked out windows to let smoke out and improve their visibility.

Vogt did not know how many workers were inside the building when the fire began, but said that everyone was "accounted for" and evacuated before firefighters arrived.

One firefighter told reporters on the scene that the fire — which was complicated by big open spaces and masses of smoke — was "pretty bad."

Judy Frydland, the city's buildings commissioner, said renovations have gone well so far. A smaller fire broke out this summer in the post office because of excess soot in the building's ventilation, but crews have since cleaned out those pipes, Frydland said. She doesn't expect Tuesday's fire to set back renovations that much.

The city is still investigating whose rubbish started the fire. Representatives of New York-based 601W Cos., the developer that is converting the post office into office space, did not immediately return a message seeking comment.

First responders shut down the intersection of Canal and Polk streets to battle the blaze, and the inbound Eisenhower Expy. was closed past the Byrne Circle, according to media reports.

Alert. A 2 11 alarm fire. fire on multiple floors of old post office. This is NOT a drill

Firefighters conducted a secondary search as of 10:30 a.m., the department said.

The old post office is on fire! @redeyechicago @chicagotribune pic.twitter.com/vRnsOPKfk6 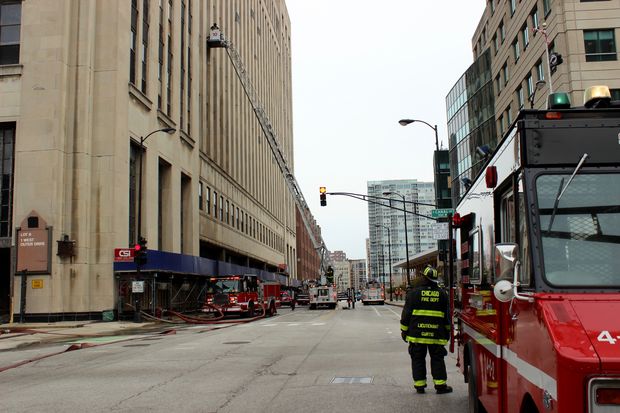 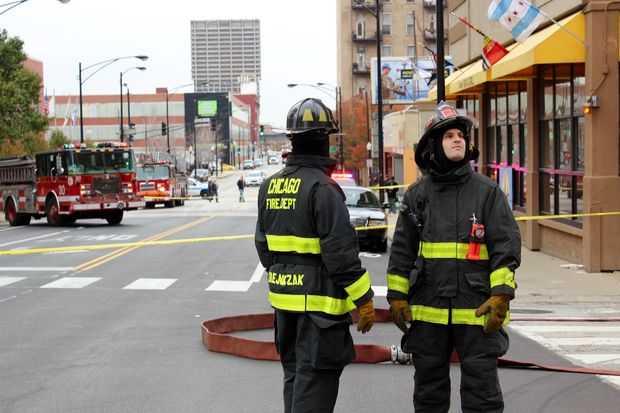 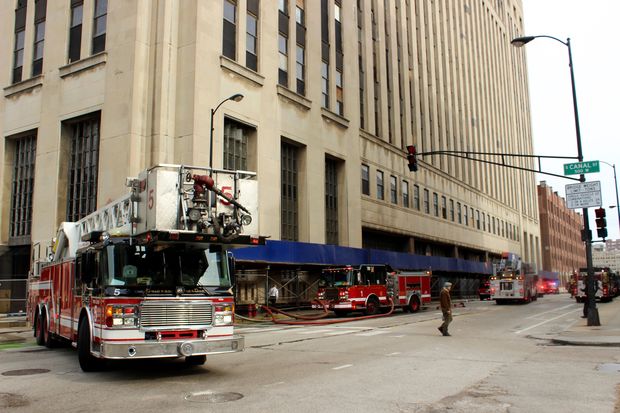 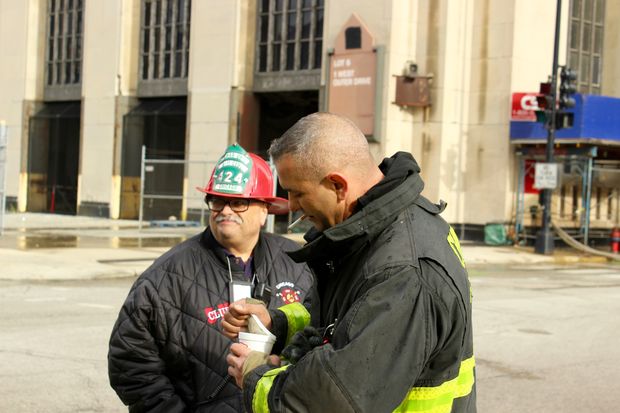