Raymund, a Clinton supporter and queer Latina, said she "checks all the boxes" of groups afraid of Trump's often controversial campaign rhetoric.

But she's popping up near the Trump International Hotel & Tower this weekend to sit with Trump supporters in a show of unity.

"My goal is to remind people that what we have in common are nonviolent forms of expression; that hate and bigotry are nonpartisan issues," she said.

Raymund says there are differing political opinions on the @NBCChicagoFire set, but everyone gets along. "We're all artists."

Raymund is setting up two folding chairs — one for her and another for a guest — across the river from Trump Tower near the Wabash Bridge for the pop-up political forums. She arrived at 2 p.m. Friday and will tweet the times for Saturday and Sunday's talks an hour in advance.

Instead of throngs of "Chicago Fire" fans, Raymund was met Friday with a slow stream of people who said they voted for Trump. One man Raymund interviewed didn't even know who she or "Chicago Fire" was.

Coxworth calls himself a political moderate who has voted for Democrats in the past. But he thought that Trump would be tougher on crime than Clinton.

Coxworth heard about Raymund's talks Thursday night on NBC. He watches "Chicago Fire" every Tuesday, but wasn't too starstruck after his powwow with Raymund.

"She sees so many people," he said.

"What do you think about people in this country who are criminals and rapists?" Raymund asked Coxworth.

"I think we can all agree on that," Raymund said. 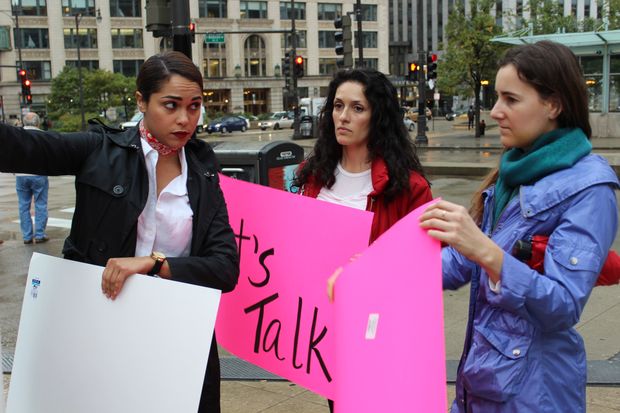 Raymund and friends discuss which posters to use at Friday's pop-up. [All photos by DNAinfo/David Matthews] 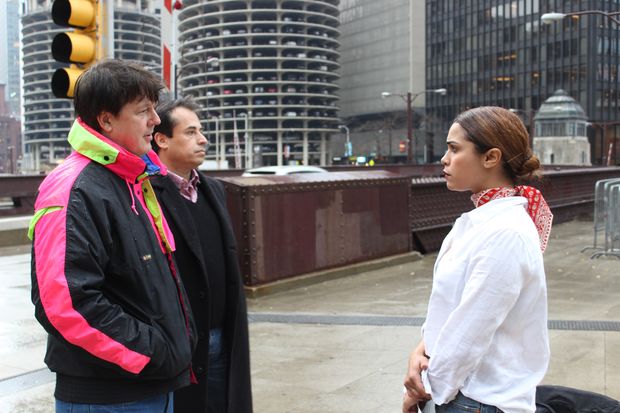 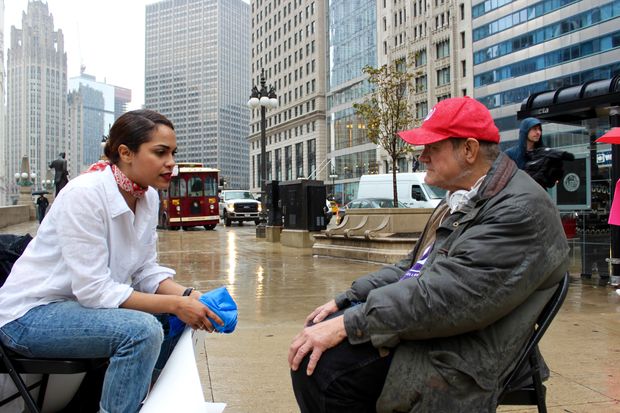