Here's What We Know About The First-Ever Library, Senior Housing Complex 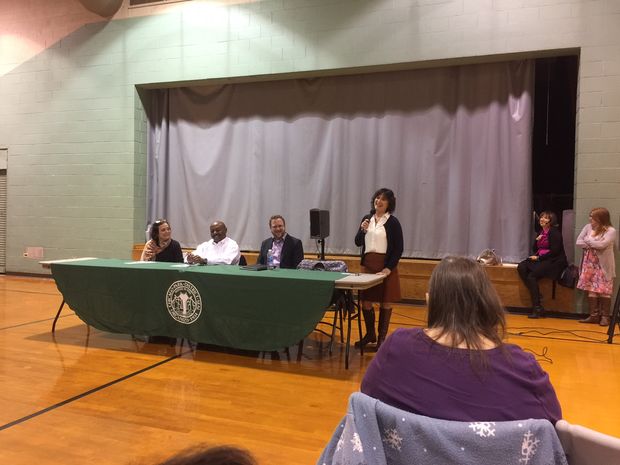 WEST RIDGE — As money for public libraries in this country becomes harder to come by, some creative financial maneuvering on Chicago's Far North Side will result in a housing/library complex that is the first of its kind in the nation.

At least 100 residents showed up to Warren Park Monday night to learn more about the city's vision for the library and senior housing combo set to open at Western and Pratt in 2019.

"I'm very excited the library is actually going to be a reality ... I know there is huge support from the community," said Ald. Debra Silverstein (50th). "Many of you signed petitions, and they just reinforce the need for a new library."

Eugene Jones of the Chicago Housing Authority said the CHA was the biggest land owner and developer in the state and second largest city housing group in North America, only trailing to New York. Using that leverage, they were able to finance the building that will be occupied by low-income senior citizens upstairs, and leased out to the Chicago Public Library on the first floor.

"This has never been done in the United States, CHA is sticking their neck out because [the U.S. Department of Housing and Urban Development] really doesn't want to fund libraries ... this is innovation, ladies and gentlemen," Jones told residents.

Silverstein credited Mayor Rahm Emanuel with the "out-of-the-box and innovative" idea to bring the two concepts together and said she had been quietly working with the city for over a year to get the plans in motion.

The Western Avenue branch is one of three new mixed-use libraries and housing facilities slated to open across the city. Jones and Silverstein said of the three, Western Avenue was "where it all started" and would be completed first.

The 16,000-square-foot library at 6800 N. Western Ave. will be between 2-3 stories and high and hold about 30 units of affordable 1-bedroom apartments above the first floor geared toward seniors 62 and older, Jones said. One or two people could live in each unit and the library and housing would have two separate entrances.

By comparison, officials said the current Northtown Branch Library is about 10,500-square-feet, and said 16,000-square-feet was as big as the city would go for a library. 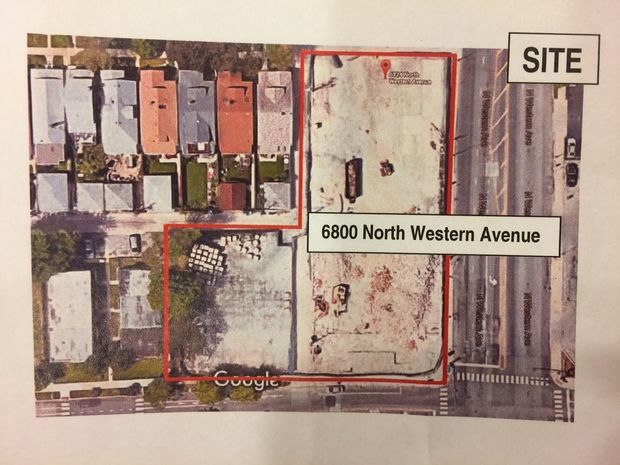 The lot of the new West Ridge library. [DNAinfo/Linze Rice]

An important issue for neighbors was parking for both library patrons and senior residents, as well as those who lived on neighboring streets. Jones said those plans were not yet fleshed out, but said his team would "figure it out" and parking would be ample.

A design isn't expected for the building until next fall, with multiple architects competing for the structure's look.

Jones said he plans to secure financing by winter 2018, with a groundbreaking that spring and a grand opening in winter 2019.

"From the mayor's perspective, I've got to do this quickly, I can't slow down," Jones said. "So if there's anything that's sitting in front of my way I have to knock it down because ... this is important to the mayor, and I'm pretty sure your community, and the alderman."

"It's important this is the first one we do ... we started this a year ago, and here we are today."

Amenities would or could include up to 50,000 new books, tailored learning areas for kids ranging from early childhood to teens as well as a digital lab for teens, meeting rooms, an after school teacher and technology assistant, wider and lower bookshelves, additional computers and increased programming for seniors, Telli said.

"The seniors in our community are such an important part of what makes our community," Silverstein said. "We always work to help our seniors ... this partnership I think will be filling many roles."

Jones was reluctant to give a proposed budget, saying he didn't want to "be wrong" once numbers were more hammered out, but said funds would likely come from the CHA and state tax credits, among other possible sources. 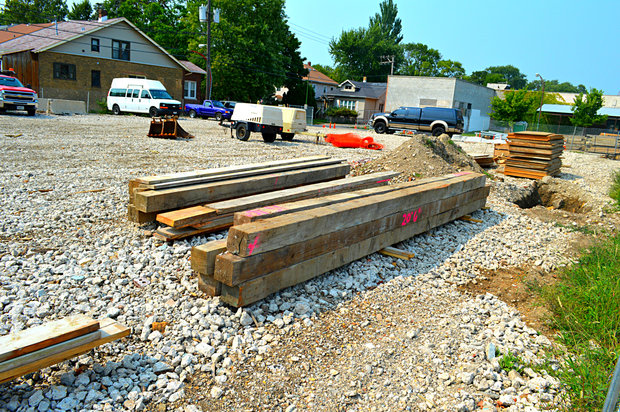 As with all Chicago Public Library branches, the facility will be open 48 hours a week and staff from the neighborhood's current library would transfer to the new branch, along with new hires, Telli said.

The old building on California Avenue would remain in operation until the Western Avenue structure was complete, at which point the city will re-evaluate its use, Malloy said.

Last August, hundreds of 50th Ward residents, including Silverstein, signed an online petition saying a new library was "urgent" for the roughly 140,000 people who utilize the current Northtown Branch Library at 6435 N. California Ave. each year.

The current location was built in 1962, but has not been renovated since.

The new building will replace the former Bingo City at Pratt and Western which was torn down last year.

Silverstein kept her plans with the mayor under wraps until October when Emanuel announced the new library concept.

She said Monday she's excited and hopeful the new building will help spur development along busy Western Avenue, "which we so desperately need."

Jones and Silverstein said there would be additional community meetings as the plans progress.