Chicago Women Ready For A Woman President: 'I'm A Part Of History' 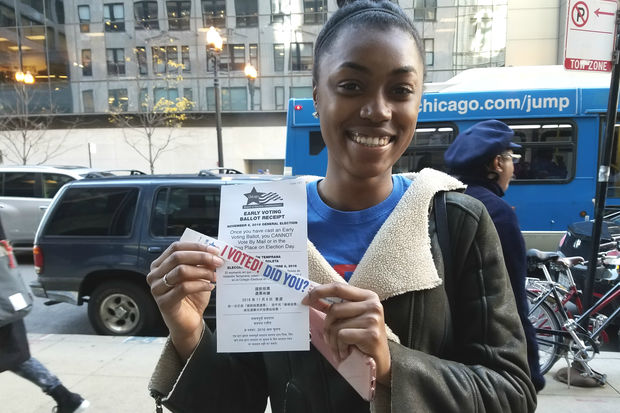 Lia Davis, 20, voted for Hillary Clinton for president because the candidate has more experience than rival Donald Trump, Davis said, and Trump proved he wasn't fit to be president on the campaign trail. [DNAinfo/Kelly Bauer]

DOWNTOWN — As Cubs fans flooded Downtown to party for the team's World Series win, Lia Davis was celebrating something else: voting for a woman for president.

This is the first election Davis, 20, of Jeffery Manor, has been able to vote in, and she said it "felt very important" to cast a ballot. Her vote went to the Democrats' candidate, Hillary Clinton, the first woman to be nominated for the presidency by a major political party.

Listen to Kelly Bauer describe women react to voting for a woman for president.

With the election on Tuesday and Clinton leading in polls, Chicago women like Davis told DNAinfo Chicago the election of the first woman president would be a historic moment — and it would inspire women throughout the country.

RELATED: What A Clinton Or Trump Victory Would Mean For Chicago

Smiling, Davis said she can imagine she'll one day be telling daughters and granddaughters about her vote.

Clinton has more experience than Donald Trump, the Republican presidential candidate, and Trump's actions on the campaign trail showed he wasn't fit to be president, Davis said.

"I think it'll definitely help women realize that they can do anything, you just have to work for it. Anything is possible, so they just have to realize what they want to do and be like, 'OK, I can do it. Hillary Clinton did it, I can do it,'" Davis said. "It makes me feel like I can do anything. She's from Illinois and President Obama, he's from Chicago, so it's just like all these people from Chicago and Illinois are doing great things. 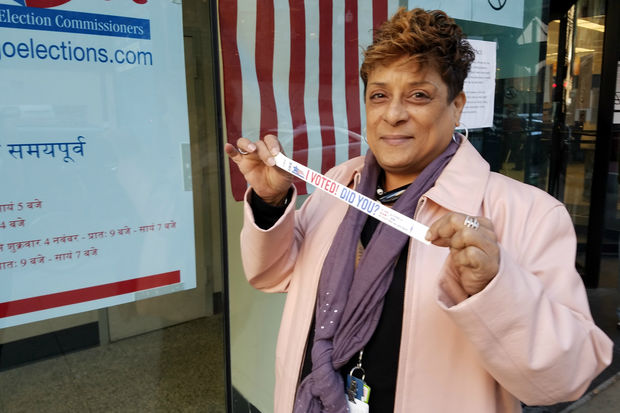 Another woman, Cathy Cavanero, said she's seen women progress in their search for equality throughout the years, but it wasn't until the last decade or so that she realized she might live to see a woman president.

"I voted for Hillary and I'm proud of it," Cavanero said, smiling and laughing. "Everybody's progressing now, and, yes, we can do with a female president. We are level-headed and we can make great decisions."

A Clinton victory could show women like Cavanero's 26-year-old daughter, who has a successful career, that they can accomplish anything, she said.

"It'll help inspire them to look and say, 'I can do this, I can achieve this. I can be what I want to be instead of a housewife or working in a Macy's as a sales clerk,'" Cavanero said. "You don't have to be all those things. You don't have to do all that. You can achieve more. It's all what you want." 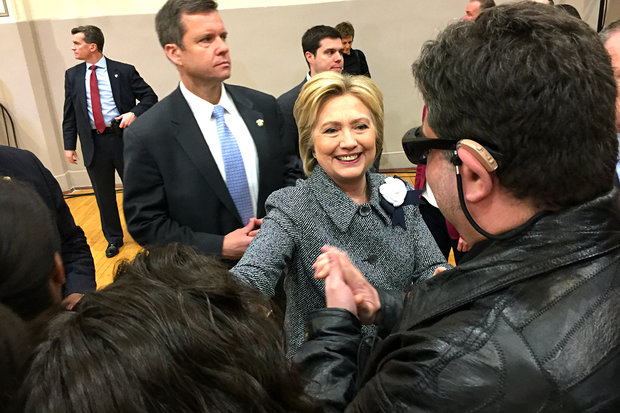 Hillary Clinton came to Chicago earlier this year for a rally. [DNAinfo/Linze Rice]

Eve Brownstone, of Rogers Park, also thought a Clinton win could show women they should be politically active, stand up for what they think is right and speak their minds.

Brownstone has three teenage nieces who are "finding their own voices," she said.

"It's important to set the way, show the way, for women and men to find our own power, that women can do anything," Brownstone said. "And we need more people to live from our hearts, from love instead of fear."

Another early voter, Susan Shannon of South Shore, declined to say who she voted for, but she thinks a Clinton victory would ensure the country's leaders do more to push for women's equality.

"It would mean doors probably would open more, though doors have been opened," Shannon said. "I think they would really take it seriously now and make sure that they keep them open and do what they're supposed to do ... ."

Shannon said she showed her two daughters, 27 and 25 years old, that a woman can do anything a man can do. Her daughters see possibilities for everyone in the United States, she said, but seeing a woman be president could drive that home even more.

"They would just feel that, 'Yeah, this is a good thing. If a woman can be president I can be president, too, of my company or my organization — whatever,'" Shannon said.

Shannon thought Clinton would be elected president in 2008, but the candidate eventually lost the Democratic primary to now-President Barack Obama. Shannon said she's glad Obama won, but she has expected to see a woman president for some time.

"And I'm sure it's going to be her this time," she added.