Renelle on the River, a new 18-story condominium tower planned next to the Trump International Hotel & Tower, formally started sales Thursday, according to its developer.

Named after the word runnel — a small stream or brook — the planned 45-unit tower at 403 N. Wabash Ave. will offer three and four-bedroom condos ranging from about $1.58 million to $3.2 million.

Wedged between Trump Tower and another building at 405 N. Wabash, the tower offers views of the Chicago River and nearby landmarks including the Wrigley Building, its developer says.

"We are creating a residential jewel box with strong appeal among sophisticated, well-heeled condominium buyers who desire the space of a single-family home with the benefits of urban living," developer Buzz Ruttenberg of Belgravia Group said in a statement. 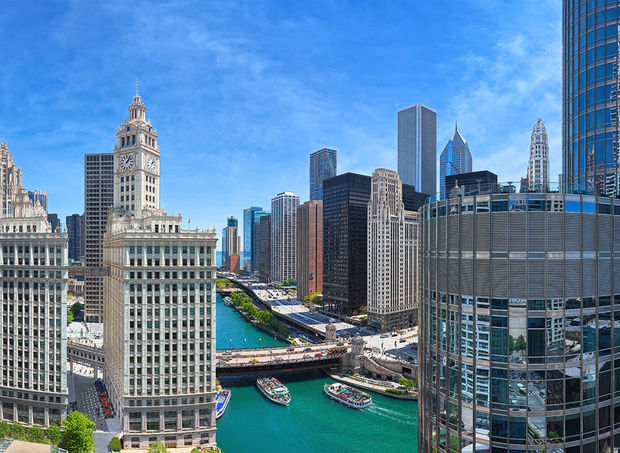 The tower will also feature a rooftop lounge, gym with private yoga room, and an outdoor dog run. About 20 percent of the tower's condos are already pre-sold, Belgravia says.

The development was in the news earlier this year with residents of the neighboring 405 N. Wabash building organizing a potential lawsuit against the project. The Tribune quoted neighbors concerned about the new tower's traffic impacts earlier this month, while Belgravia officials dismissed the dispute as an attempt to maintain views.

Alan Lev, president and CEO of Belgravia, said in a statement that negotiations with Renelle's neighbors are ongoing.

"We are in continuing discussions with the 405 owners association, which we expect will lead to a mutually acceptable resolution," Lev said.

Representatives of the neighboring River Plaza Homeowners Association, which governs the condos at 405 N. Wabash, could not be reached for comment.

Those interested can visit the Renelle's website, call (312) 561-5222, or visit the tower's sales office at 405 N. Wabash. Belgravia said it will break ground on the tower next year, with an opening expected by the summer of 2018. 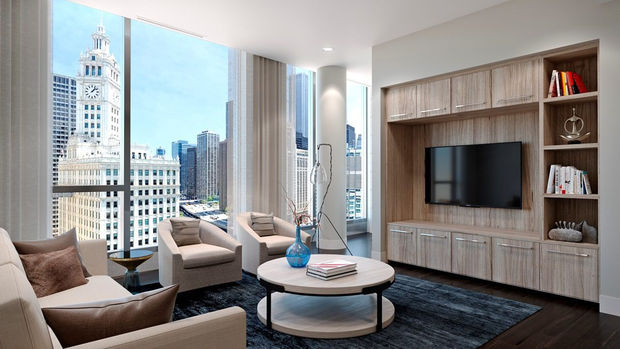 An interior rendering of a Renelle condo. [BKL Architecture]