By Howard Ludwig |&nbspOctober 27, 2016 6:48am
@howardaludwig
Twitter Facebook Email More
Melissa Myers (left) and Kathy Benson both attended the Wednesday meeting of the Chicago Board of Education. Myers spoke out against the possible move of the Keller Regional Gifted Center in Mount Greenwood.
View Full Caption
DNAinfo/Howard A. Ludwig

DOWNTOWN — Three parents with students at the Keller Regional Gifted Center in Mount Greenwood let their concerns be known Wednesday in front of the Chicago Board of Education.

Melissa Myers of Beverly spoke for the group at the board's monthly meeting at 42 W. Madison St. The mother of a fourth-grade student said she and others are worried that the school might move.

"Keller is the jewel and crown of our city and state," Myers said. "Please, don't move Keller."

Rumors have been swirling about a potential move since Ald. Matt O'Shea (19th) abandoned his controversial school overhaul proposal Oct. 10. The Southwest Side alderman's plan would have moved Keller to the North Beverly campus of Kate S. Kellogg School. 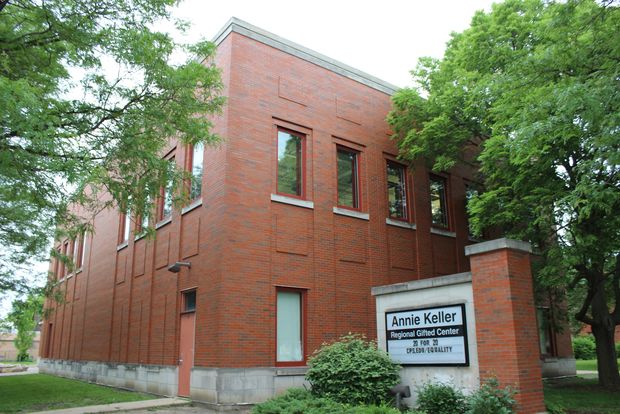 The Keller Regional Gifted Center at 3020 W. 108th St. in Mount Greenwood was being considered as a way to alleviate overcrowding at nearby Mount Greenwood Elementary School. The plan has since been scrapped, but parents are concerned that calls to move might resurface. [DNAinfo/Howard A. Ludwig]

Keller parents spoke out against the plan, issuing a formal statement Oct. 6 from the Local School Council declaring that the proposal was "not in the best interest of Keller."

Keller parents also participated in a "Unity Walk" that was largely driven by Sutherland and Kellogg supporters but also aimed to show the neighborhood's overall aversion to O'Shea's plan, said Kathy Benson, a Beverly parent with two children at Keller.

"The Kellogg and Sutherland parents are very much behind Keller right now," Benson said after the board meeting.

There's been no formal plan to move Keller since O'Shea stepped away from his plan. But O'Shea also hasn't ruled out any options, instead saying he handed over all the information he gathered at more than five public meetings focused on his plan to Chicago Public Schools.

He's asked that the feedback and suggestions from these meetings as well as the massive volume of emails he received be used to help craft an alternative. The day after dropping his plan, O'Shea was already eager to see CPS' recommendations.

O'Shea has also pointed to his previous statements made at community forums when he proposed his plan. At that time, he said his goal, "would be to keep Keller in the neighborhood."

Nevertheless, Benson and Myers would like to see all of the recommendations O'Shea sent to CPS. Saying Keller parents "are not shrinking violets," the pair vowed to fight any move involving the gifted school from 3020 W. 108th St.

"We understand that there may be no formal proposal, but there's something going on," Benson said.

This is not the first time Keller has been faced with a possible move. A similar effort was presented and defeated as recently as 2010, which only adds to the uneasiness at the top-ranked school, Myers said.

"Keller makes Chicago and Illinois shine," Myers said. "We want to know what is in the works for us."