Is This Chicago's Most Dangerous Water Fountain?

DOWNTOWN — Hundreds of Chicago park fountains are too unsafe to drink, including this one with 80 times the acceptable amount of lead in the middle of Grant Park.

The Chicago Park District shut off fountains in nearly half its parks this month after finding elevated lead levels in water across the city.

And some of those fountains were definitely worse than others.

The Environmental Protection Agency considers water with more than 15 parts per billion of lead to be dangerous.

The water in this fountain at Upper Hutchinson Field near Balbo Avenue and Columbus Drive had 1,200.

"It's quite disconcerting," said Joe Kelly, a tourist from Philadelphia who was walking by the park Monday morning. "It makes you worry, in general." 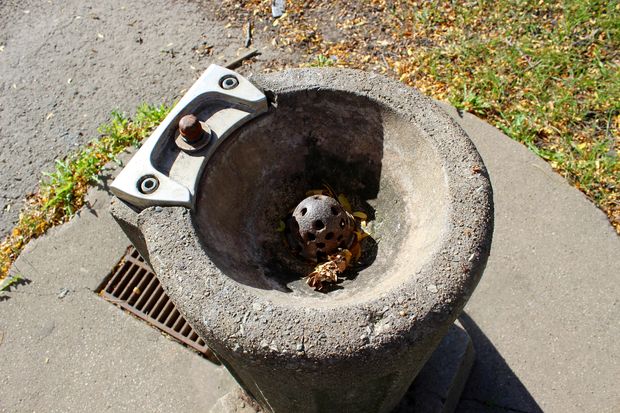 The number was shocking to those visiting the big field perhaps best known for hosting summer softball leagues and one of Lollapalooza's biggest stages. The only park fountain in the city found with higher levels of lead was an indoor one in Avalon Park.

Jessica Maxey-Faulkner, a spokeswoman for the park district, said it was unclear why the lead levels in this Grant Park fountain were so high, but reiterated the safety of park patrons and staff remains a "top priority."

"These fountains will undergo further testing, and will be removed, repaired or replaced, as necessary," Maxey-Faulkner said in a statement.

Another fountain a few blocks away at Balbo and Michigan Avenue is still on after passing the park district's lead test. Four other Grant Park fountains were found safe after being tested and repaired.

The park district ran its tests amid a public scare nationwide about lead in drinking water. The crisis in Flint, Mich. has been well publicized, but Chicago Public Schools has found elevated lead levels in more than 100 schools.

Lead poisoning affects physical and mental development in children, and can cause miscarriages and myriad other health issues for adults, according to the Mayo Clinic.

The park district's timing is good for Bob O'Neill, president of the Grant Park Conservancy. Park fountains are turned off for winter every year anyway, giving the park district ample time to remedy the issue by next year.

But as someone who uses the park's drinking fountains regularly, O'Neill is concerned.

"More people are refilling water bottles at drinking fountains, so we need to address this quickly," he said. 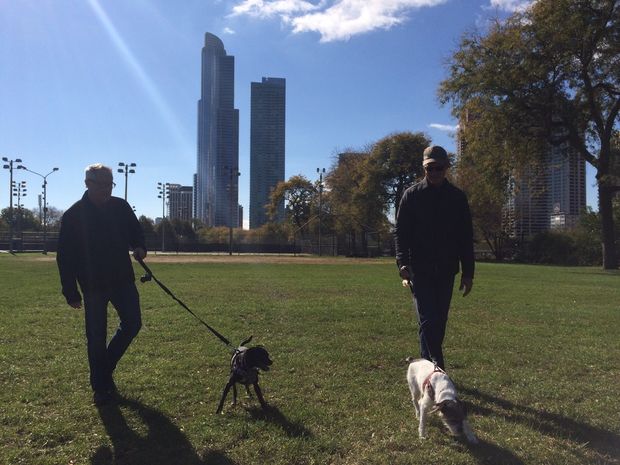 Tim Leach and Mark Dammann of the South Loop were walking their dogs Monday near the field's water fountain. They said they normally have an "aversion" to the city's tap water, and use water filters at home.

They're glad the lead-heavy fountain in Grant Park is shut down for now, but its sheer amount of lead is still startling.

"It doesn't make you want to trust the city, even after it's fixed," Leach said.