66-Story Tower, New Riverwalk Just Some Of The Changes Coming To Wolf Point

DOWNTOWN — A new tower isn't the only big change coming to Wolf Point.

The 707-unit tower would be one of the biggest apartment buildings in the city upon its completion. But the tower is just part of a bevy of newly-approved Wolf Point projects that promise to change how people live in — or even drive through — River North.

New, revised plans would redirect traffic around the Merchandise Mart to accommodate the thousands of new residents expected to move in to the Wolf Point towers next door. The commission signed off on a new "contraflow" lane Thursday, allowing motorists to drive southbound on Orleans Street from Hubbard Street to the newly-created Wolf Point Plaza.

Orleans traffic currently only travels northbound on the block.

"The addition of this one block stretch of southbound Orleans will improve connectivity from the expressway and ease current congestion on the surrounding streets," Ald. Brendan Reilly (42nd) wrote to constituents earlier this month.

Contraflow lanes are often used for buses, bicycles, or other vehicles that travel in the opposite direction of surrounding lanes. The commission also approved several turn arrows, traffic signals, crosswalks, other features aimed at accommodating the increased traffic expected in the area.

The Franklin Bridge, which currently narrows from three to two lanes at Hubbard Street, will narrow a bit sooner, just north of the bridge, said Mike Claffey, a spokesman for the Chicago Department of Transportation.

The project's timeline has not yet been set, but the work will be done around the time the tower opens in 2019, Claffey said. 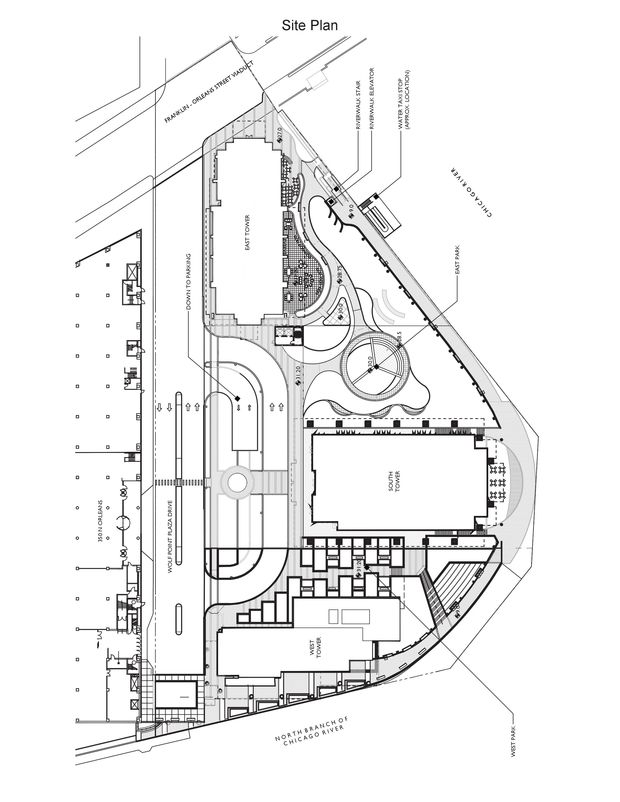 A site plan for the Wolf Point development. [City of Chicago]

Plans also call for a new, nearly two-acre riverfront park with a riverwalk. The riverwalk will include a restaurant or small cafe, Reilly said.

The new tower at 313 W. Wolf Point Plaza is expected to open in 2019 and will include its own amenities and street-level retail. 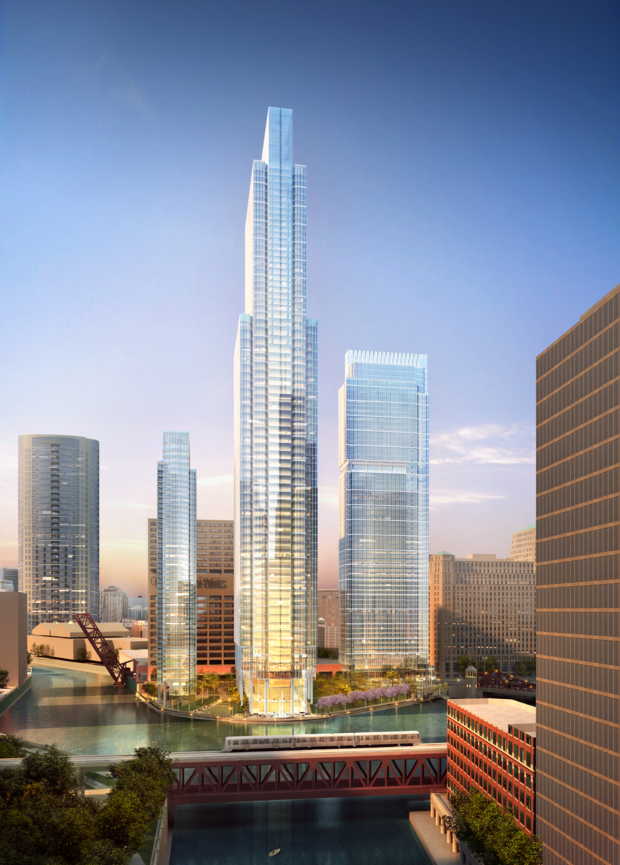 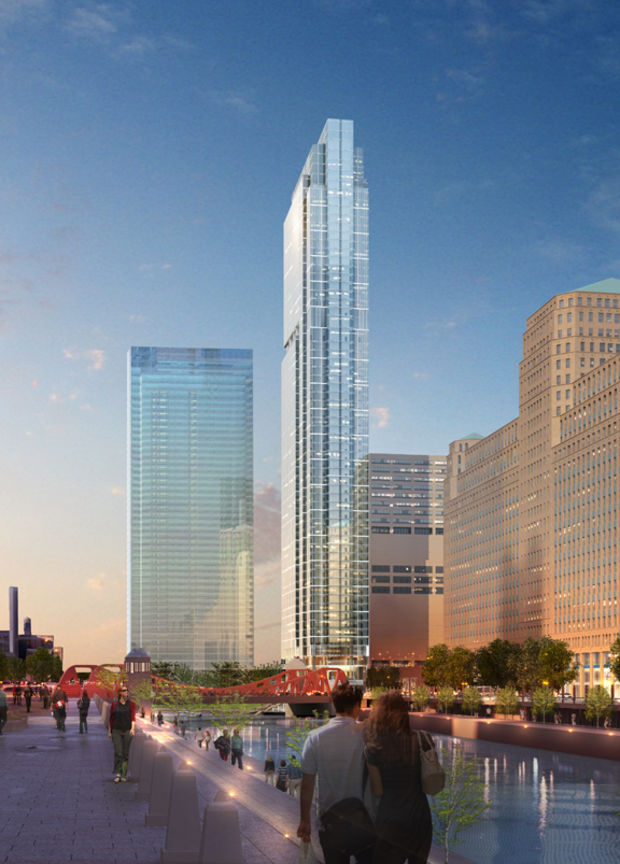 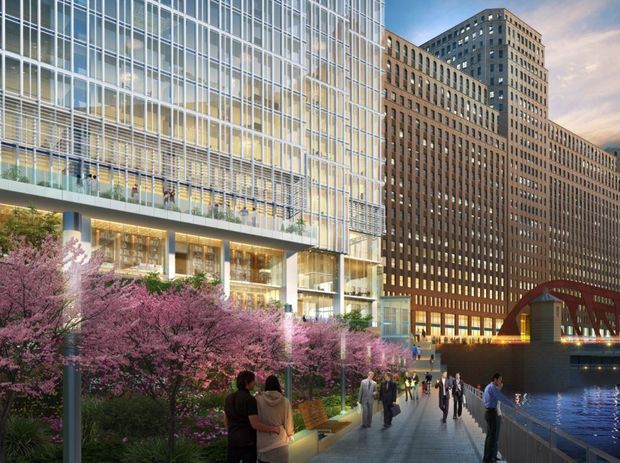 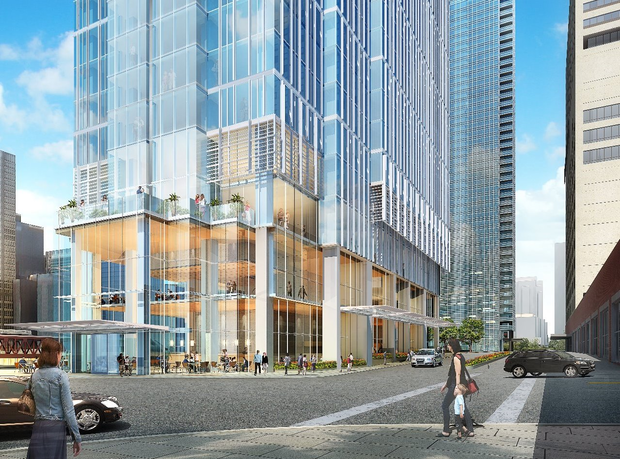 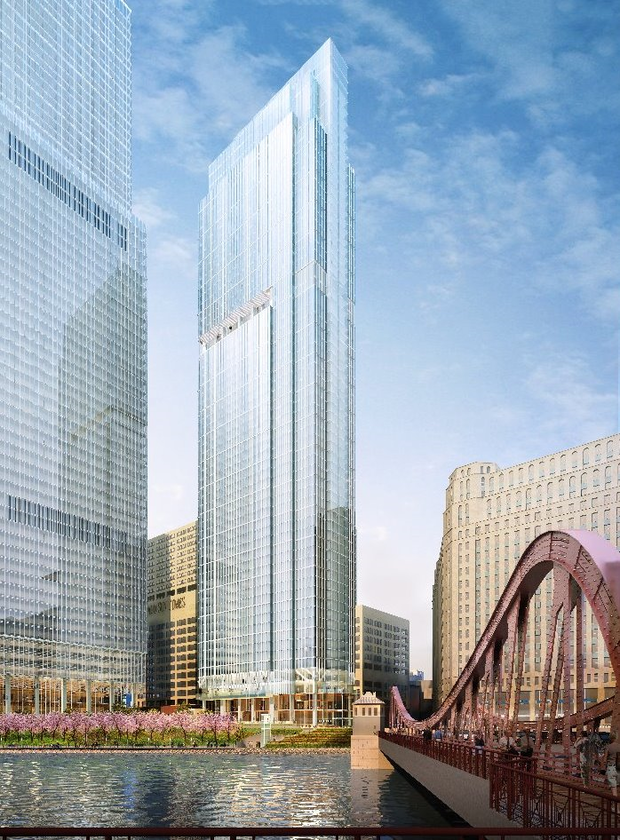 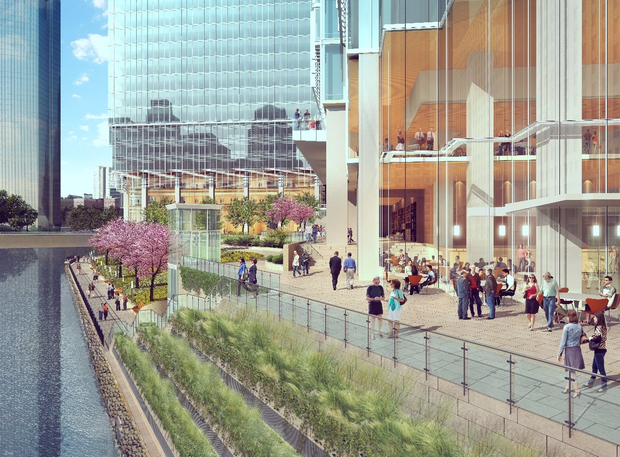 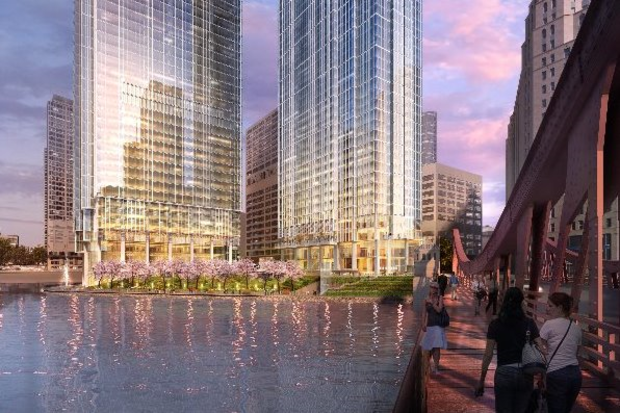