St. Barnabas Expanding School And Church In First Phase Of A Major Overhaul

BEVERLY — St. Barnabas Parish in Beverly has embarked on a massive fundraising campaign aimed at expanding its Catholic school and church at 10134 S. Longwood Drive.

The first phase of the plan will cost $5 million — $3.6 million of which will be used for an addition to the school. New classrooms for music, art and foreign language will be added along with a science lab.

The school's addition will fill in the horseshoe-shaped gap between the northernmost classrooms and the gym to the south. This area will become the new entrance for the school, incorporating its administrative offices as well as a nurse's station.

"Construction begins when we have all the money in hand," Principal Elaine Gaffney said.

Initial plans call for a groundbreaking in Spring 2019, and St. Barnabas families have already pledged $2.2 million toward the effort, said Gaffney, who is encouraged by the support for the campaign that was rolled out in April.

Parish fundraisers are also expected to help defray the cost, including the Bottles Bites Brews event planned from 6:15 p.m.-midnight Saturday at the school. The first hour of the evening is sold out and features a special appetizer tasting prepared by six notable chefs, Mary Usterbowski said.

Usterbowski is organizing the fundraiser that will shift its focus at 7:30 p.m. from food to beer and wine tastings, a silent auction and both live music as well as a DJ. Tickets for that portion of the evening cost $40 in advance or $45 at the door.

"People will come out and support events for a good reason," Usterbowski said. 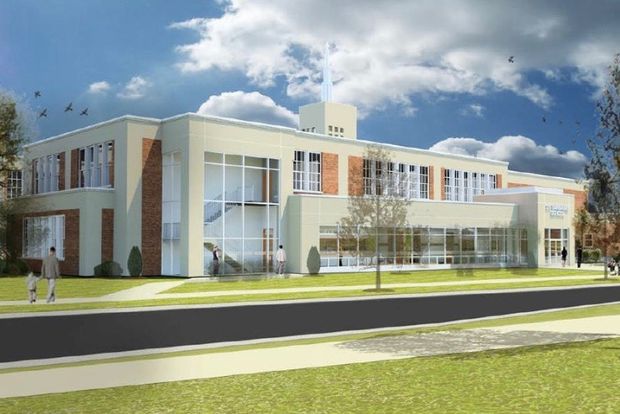 The second phase of the expansion plan at St. Barnabas Parish would add another story onto the first-phase addition. This would give the school at 10134 S. Longwood Drive room for three classes with 30 students each grade level — kindergarten through eighth grade. [Supplied Illustration]

St. Barnabas' ambitious expansion plan comes amid concerns over declining enrollment at a pair of nearby public elementary schools. A plan to merge Kellogg and Sutherland schools was abandoned Monday by Ald. Matt O'Shea (19th).

O'Shea pointed Chicago Public Schools' data that showed declining enrollment by families living within the neighborhood boundaries of the two public schools when presenting his sweeping plan. CPS forecasts that these trends will continue, O'Shea said.

Meanwhile, the Southwest Side alderman also mentioned both St. Barnabas and Christ the King schools are thriving within roughly the same footprint as Sutherland and Kellogg. That said, Gaffney said the gains at St. Barnabas aren't entirely tied to students fleeing public schools.

"I think we have a really strong product here at St. Barnabas," Gaffney said. "And when I envision the new space, I really don't see it in terms of enrollment numbers." 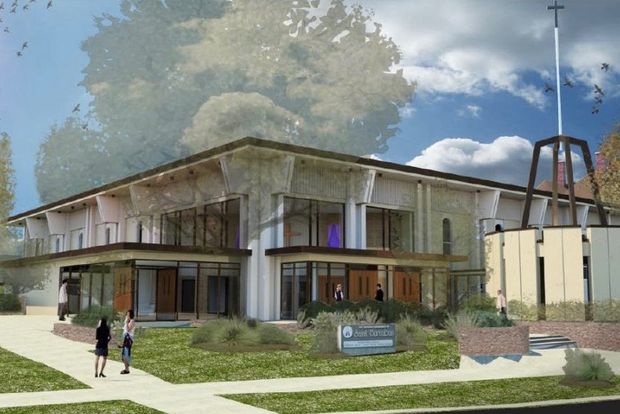 Still, enrollment at St. Barnabas has increased by 33 percent since the 2010/11 school year. That year, St. Barnabas had 453 students. There are 604 students enrolled this year, according to Gail Byrnes, the parish business manager.

Gaffney said class sizes are capped at 30 students each, and there's a waiting list for preschool, kindergarten and first grade. Other grades that have reached the full allotment include second, third, fifth, sixth and eighth grades.

Talk of expanding the school dates to June 2014. At that time enrollment was 515 students, and the thrust behind the expansion was to have dedicated space for art, foreign language and music classes that now are all taught by teachers using carts wheeled from class to class.

The first phase of the expansion keeps allocating permanent rooms for these classes as its priority, adding just two traditional classrooms as part of the design. Still, the addition will give St. Barnabas space for three classrooms with 30 students each at six grade levels.

That would be achieved by adding a second story onto the addition built in the first phase of the plan. The second phase would also include a rooftop terrace, a computer lab and an elevator to improve accessibility.

And while additions to the school are considered the priority, church improvements are also part of the overhaul. In phase one, a $765,336 investment will be made to the church entrance. The second phase of church improvements is estimated at $1.2 million and would add a bride's room, wheelchair-accessible bathrooms and more. 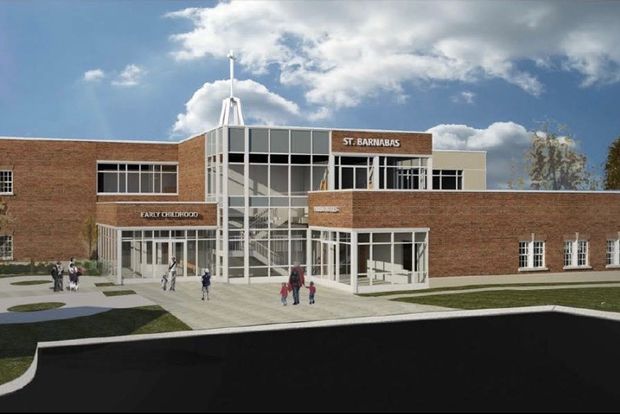 The final phase of improvements at St. Barnabas Parish includes replacing the convent with a parish center. With an $8 million price tag, this third phase is tentatively slated to begin in 2030. [DNAinfo/Supplied Illustration]

The Archdiocese of Chicago's "To Teach Who Christ Is Campaign" served as the impetus for the larger plan at St. Barnabas, Gaffney said. The parish will donate $576,000 to the archdiocesan effort as part of the first round of fundraising.

"I think people thought if we have to do [the archdiocesan campaign] anyway, let's be visionary," she said.

Further down the road, St. Barnabas has slated 2030 for the third and final leg of its improvement plan. This carries an $8 million price tag, replacing the former convent with a new parish center and an early-childhood education hub.

And while the fundraising goals might sound daunting, Gaffney said parish families seem eager to get started. She said some parts of the plan will be tweaked and a few timelines extended, but the ambitious effort appears to be on solid footing.

"I think people are really excited. I think they'd like to see [the additions] happen now," Gaffney said.