JEFFERSON PARK — Hey Jefferson Park, what do you say?

The Chicago Cubs are going to win today, answers a a new mural facing the Jefferson Park Transit Center.

The red, white and blue mural — by Tony Passero and Jerry Rogowski — was dedicated Tuesday evening. It pays homage to Wrigley Field and the Cubs Hall Of Famers. 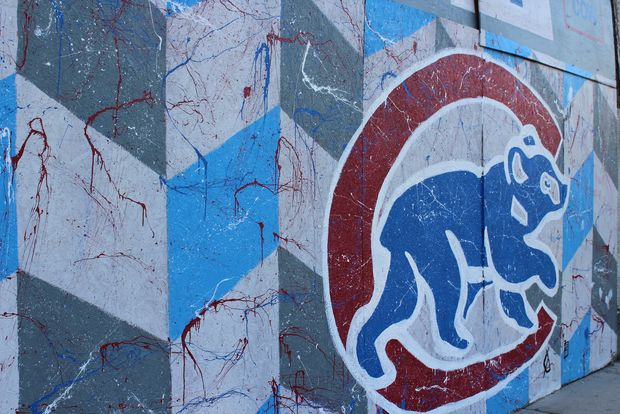 Passero, a lifelong — and long suffering — Cubs fan, painted the mural as a tribute to Frank Cyganek, who lived two doors away from Passero's family while the artist was growing up in Avondale, and taught him to love the game of baseball — despite its cruel twists and turns.

The mural also honors Bill Giovannetti, a pastor who Passero said helped him during tough times and was also a huge Cubs fan.

"Frank is with God, Bill is a man of God and I'm hoping God is a Cubs fan this year," Passero said. 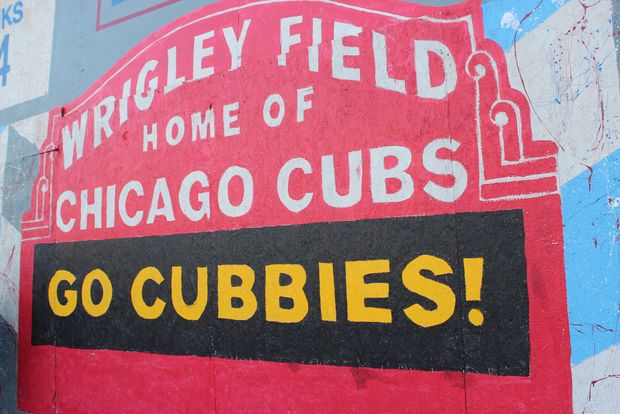 After winning 103 games during the regular season, the Cubs will open the National League Division Series at 8:15 p.m. Friday.

The mural covers the facade of the former home of the Edward Fox Photo Studio at 4900 N. Milwaukee Ave., which moved to Norwood Park last year.

While plans are in the works to redevelop the building in the heart of the Jefferson Park Business District, the empty storefront had become an eyesore in a very prominent position, Ald. John Arena (45th) said.

"It will foster pride in the neighborhood," Arena said. "People will come off the train and cheer on the Cubs." 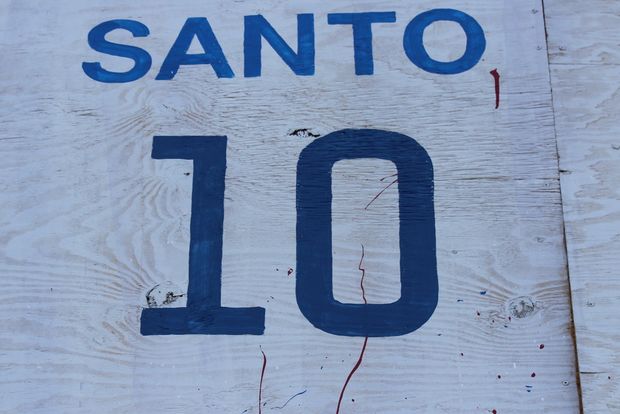