Chicago's Riverwalk Is Transforming Into A Fall And Winter Wonderland

DOWNTOWN — Seasons change, and now, so does the Riverwalk.

The nascent Downtown attraction is undergoing a very visible transformation as city officials look to upgrade the summer retreat to a year-round destination.

Wheel Fun Rentals has arranged 1,600 pumpkins for a new pumpkin patch at Lower Wacker and Columbus drives. Cyrano's Cafe is shifting from an ice cream parlor to a fall farmers market. Island Party Hut is phasing out mai tais and will open a Christmas tree farm (with Irish coffee) after Thanksgiving. 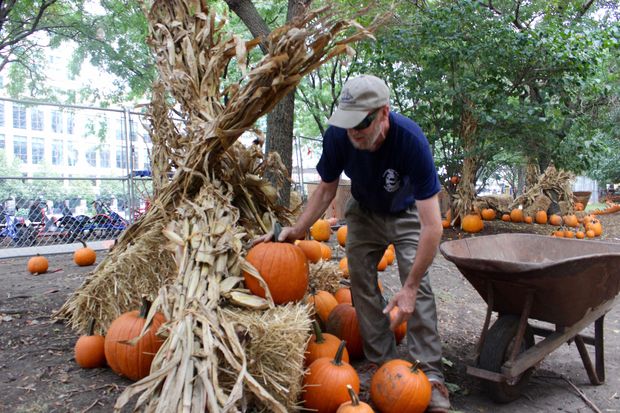 The first-ever Riverwalk Fall Festival will bring pumpkin-carving, a bounce house, and other fun to the Downtown riverfront Oct. 7-9, the same weekend as the Chicago Marathon.

"It's important for the vitality of the Riverwalk, it's getting better every year," chef Didier Durand of Cyrano's said. "I can see the movement, I can see things improving, this is all exciting." 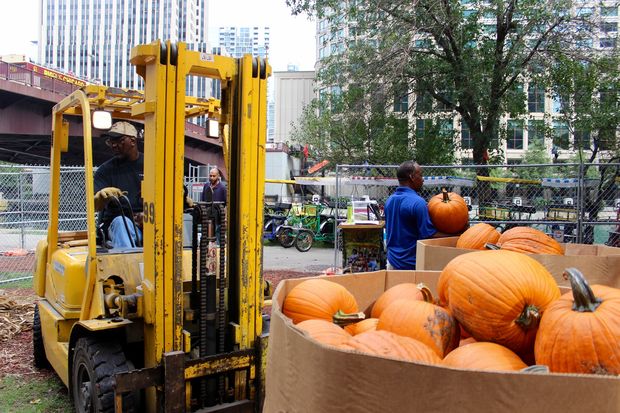 Mayor Rahm Emanuel had always eyed the Riverwalk — which debuted last year — as a year-round destination rivaling the beaches of Lake Michigan. Next week's festival is the first big step toward realizing that vision. A new leg of the Riverwalk from La Salle to Wells streets is expected to open later this year.

The riverfront improvements are financed by a $100 million loan from the U.S. Transportation Department. A portion of vendor sales goes toward paying the loan back.

Some vendors selected for Riverwalk spots — namely Island Party Hut and Wheel Fun Rentals — were chosen based on their plans to adapt to colder weather, said Michelle Woods of the city's Department of Fleet and Facilities Management, which oversees the Riverwalk.

The Riverwalk was scheduled to close for winter Nov. 1, but many vendors now plan on staying later. Island Party Hut's tree farm will be open till Dec. 21.

"It's very encouraging that people are having such a good experience they want to continue longer into the season," Woods said. "All the vendors that have been down there have taken a big risk; I think they’ve been rewarded."

Most of them agree. Jason Lynch, manager of the Tiny Hatt lounge, said summer sales have been "fantastic" since the bar opened in June between Dearborn and Clark streets.