Jumping On The Cubs Bandwagon? Here's What You Need To Know

WRIGLEYVILLE — Kids are back in school, the weather is changing, and the Cubs are good. Real good.

If you've tuned out baseball until now but are finally ready to join the fun, here are some things to know.

1. Get your sad numbers straight.

2. There's a guy who is only shaving half his beard until the Cubs win it all. The right side.

Don Miller, a 74-year-old Lincoln Square native, started his half-baked tradition this year. He's even written a poem about his beard. We asked his wife what she thinks, and she insists she's cool with it. But is Chicago? 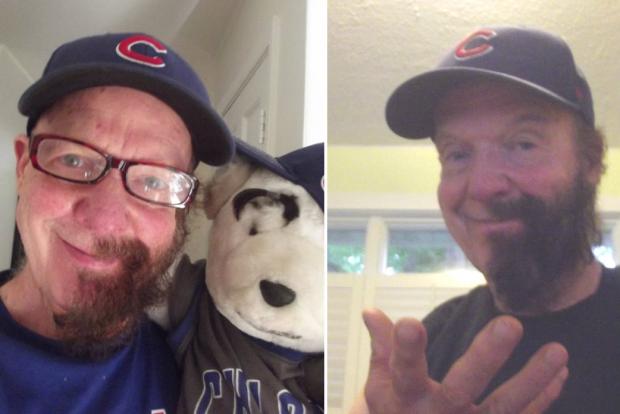 3. There's also a guy who got a Cubs World Series tattoo already ... but left the year mostly blank.

Dean Masini had "201 ," tattooed on his right arm, so the Cubs better win it all in the next four years, or he's got some laser removal in his future. 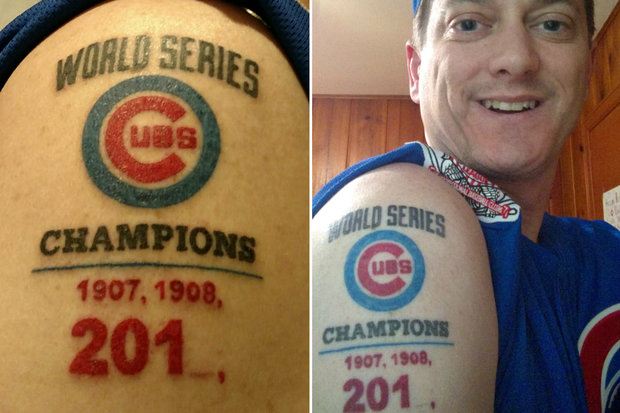 4. Who's "The Pink Hat Guy" behind home plate at every game at Wrigley?

That's Jim Anixter, a lifelong fan who's owned season tickets behind the plate since 1966. He's the president of A-Z Wire & Cable — and he says he wears the loud cap for his wife.

"It's so my wife can see I'm really at the ballpark and I'm not fooling around," Anixter joked.

5. We've got the best bromance in baseball. Meet Bryzzo:

Third baseman/left fielder Kris Bryant might be engaged to longtime sweetheart Jessica Delp, but there's one person who will be in his heart forever: first baseman Anthony Rizzo.

RELATED: A Scientific Analysis Of Why Rookie Of The Year Kris Bryant Is So Dreamy

The two have partnered on projects like the Bryzzo Souvenir Company skit, go golfing and take endless selfies together.

They just unabashedly love each other, and we love them for it.

6. Wrigley Field is in the midst of major renovations — watch your step!

This winter will mark the third year of five to complete massive, $750 million renovations to Wrigley Field. So far the marquee has been refurbished, the bathrooms are bigger, the bleachers and adjoining bar are complete and the home team has a swanky new clubhouse.

There's also a new plaza that's almost complete, but it won't be used during the playoff season, Cubs spokesman Julian Green confirmed this week. Next year, though, the Cubs hope to host community events like movie nights and give fans some time to mingle on the plaza with drinks and food. But they don't get to do so without some restrictions passed in June.

Last year, heavy construction didn't start until after the postseason, delaying work by about a month. This year, Clark Street was reduced to one lane, with overhead walkways protecting passersby from construction debris.

Along with Wrigley Field, two other major construction projects are taking place at Clark and Addison streets. At the northeast corner, a hotel complex will open in 2018 with restaurants from some major Chicago groups, plus McDonald's — so try not to be too devastated by the old McDonald's getting razed in March.

South of the ballpark, the Addison & Clark project is moving forward after years of delays. The massive mixed-use development is set to begin construction in October. Developers said no street or sidewalk closures are expected until next year.

7. Security is different this year.

As part of a mandate from Major League Baseball, Wrigley Field now has metal detectors at all entrances. During Opening Night, the club asked fans to use the gate marked on tickets to alleviate congestion.

While the metal detectors are the biggest security change for 2016, the Cubs also are reminding people heading to the ballpark about other safety regulations. Bags can be up to 16-by-16-by-8 inches. Weapons, drones, laser pointers, car seats, noise makers and unsealed plastic bottles are prohibited.

Extra police patrols — and likely some officers on horses — will be stationed near Wrigley, officials said. Last year, police frequently closed off Clark Street as fans left the ballpark, hoping to disperse the crowd instead of letting it linger on the popular strip. Last year, 39 people were arrested over nine postseason games.

8. The food is delicious.

This year, the friendly confines added Gilbert's Grill Cart on the main concourse. The eatery serves up sausages topped with macaroni and cheese or pineapple salsa.

Hot Doug's also crafts masterful sausages at Platform 14 in the Budweiser Bleachers, which means you have to have bleachers seats to access the food. Currently, it's serving up items like the Try Not to Suck — named after manager Joe Maddon's signature phrase — which piles crispy fried onions, smoked gouda and Goose Island beer mustard on a cheddar-stuffed bratwurst.

Bleacher fans can also enjoy boozy brunches with bloody mary drinks as part of the special "Brunch at the Ballpark" package during Sunday home games.

If you're new to Chicago, make sure to try a classic Italian beef sandwich from Buona Beef, a family-owned Chicago restaurant. Over at the Decade Diner, try the beast of all sandwiches: Gilbert's beef and cheddar sausage is topped with macaroni and cheese, bacon, caramelized onions and barbecue sauce.

9. Be careful where you park.

Chicago is known for its parking wars, and nowhere do things get more contentious than in Wrigleyville. Look out for street signs requiring Zone 383 parking permits (Who wants to spend their beer money on fines?) and know that during last year's playoffs, parking cost as much as $100 in some private lots.

To help with crowd control, extra tow trucks and parking enforcement will be in Wrigleyville during the playoff season, officials said.

Parking will be restricted on Clark Street from Newport to Grace from noon Friday to 6 a.m. Saturday.

The best option for drivers is the Cubs free parking lot at 3900 N. Rockwell St., about 2 miles west of the ballpark. The lot holds 1,000 cars, and the team provides free shuttle service starting 2½ hours before the game and about an hour after it ends.

10. This team has mad skills and a great sense of humor.

This year's team is the winningest in baseball, with a 93-53 record. The top 10 pitchers in the MLB include three Cubbies (Kyle Hendricks, Jon Lester and Jake Arrieta).

And we're not just talking about their talents on the field. Anthony Rizzo, for example, learned how to play the piano for his girlfriend back in his early league days.

Last year's hero, Kyle Schwarber, could have sulked the season away after a major knee injury took him out just days into the season. Instead, he's cheering his team on.

Watching the boys get after it! Thank you all for the prayers and best wishes! Let's get this win! #LetsGo pic.twitter.com/pm0IZx44bv

They wear crazy suits and pajamas. Just all around, they seem to love life.

• Want To Get Through Wrigley Field's New Security Faster? Here Are Some Tips

• Chicago Cubs By The Numbers: 107 Years Of Baseball Stats