DOWNTOWN — Developers broke ground Monday on Riverline, a cluster of new high-rises that promises to make up a new Downtown neighborhood.

City officials signed off last year on the riverfront mega development, a collection of eight new buildings containing more than 3,600 homes at Harrison and Wells streets. The joint venture between Chicago-based CMK Cos. and Australian construction firm Lend Lease will circle a new three-acre park and also include a public riverwalk, water taxi stop and retail.

"This is the beginning of a development that is really going to change Chicago," Ald. Danny Solis (25th) said at Monday's groundbreaking.

The development will replace what was a giant field left vacant when Chicago's Grand Central Rail Station was demolished in 1971. Several developers tried and failed to build on the site for decades before CMK and Lend Lease acquired the land last year.

"It's a special opportunity and an amazing site," Colin Kihnke, CMK's president, said Monday. "We're proud to be a part of it."

The Riverline project will be built in phases over eight to 10 years, and contribute $8.7 million to the city's affordable housing fund in lieu of including affordable housing units. The development's tallest tower will rise 47 stories. 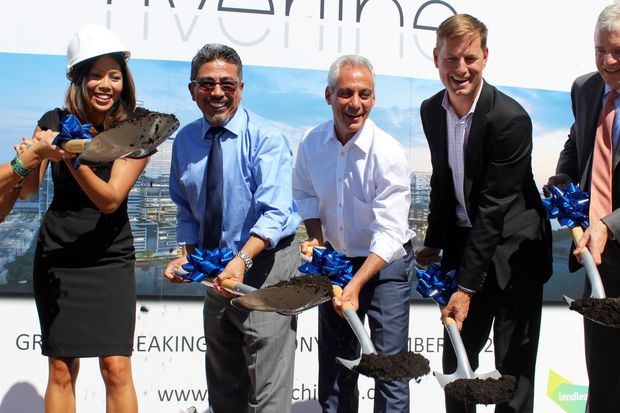 Nearby, developers are preparing to reopen the Old Main Post Office as offices and build thousands of new homes at another riverfront site near Clark and Roosevelt streets.

Mayor Rahm Emanuel said at Monday's groundbreaking that the Riverline project will create 6,000 construction jobs and further his mission of making the river a city destination. The project's affordable housing contribution will have an impact reaching Chicago's neighborhoods.

"As we see development Downtown, we make sure our goals for affordable housing ... are also funded," Emanuel said.

Click the slideshow above or scroll down below for more renderings of the new Downtown development: 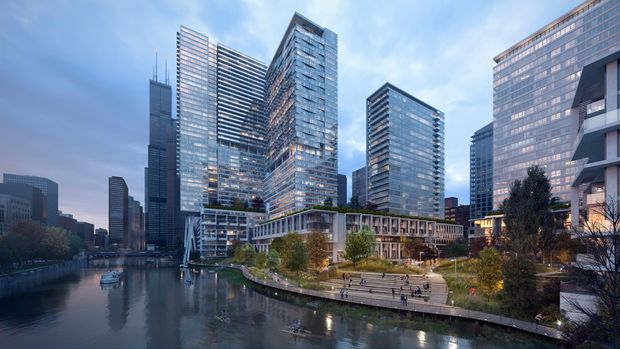 [All renderings courtesy of Perkins + Will] 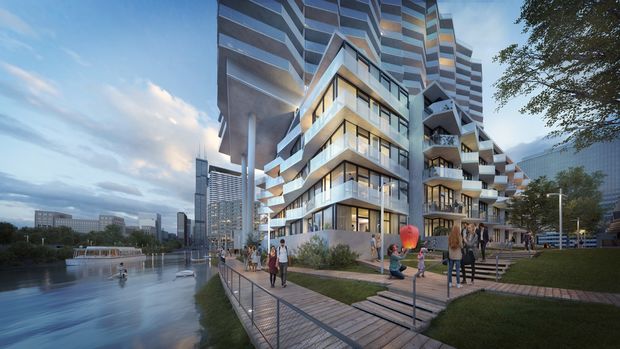 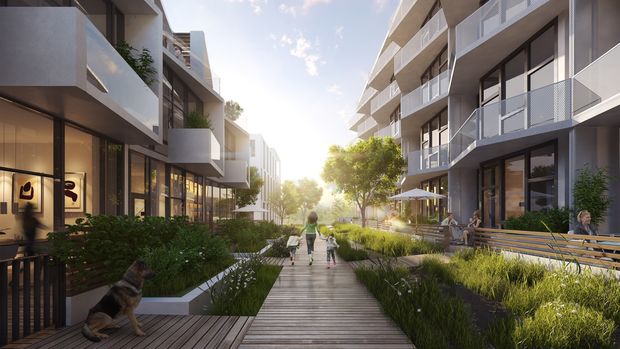 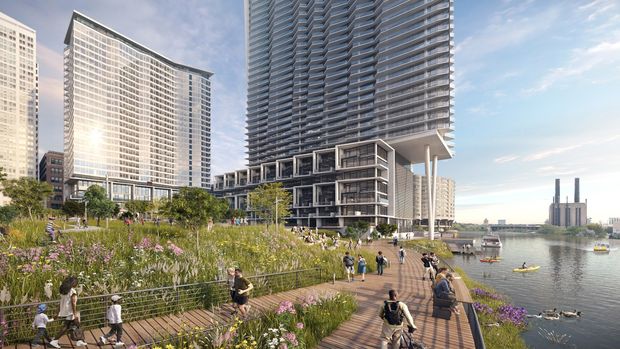 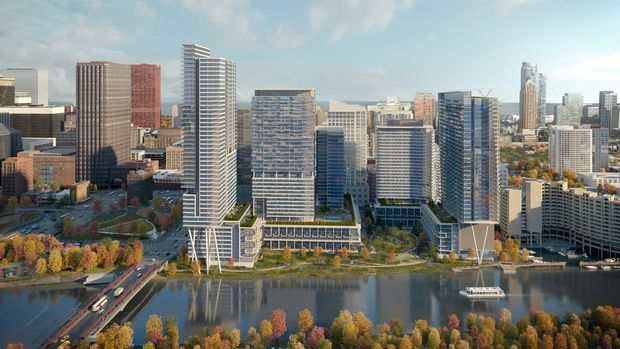