By Howard Ludwig |&nbspAugust 30, 2016 5:24am
@howardaludwig
Twitter Facebook Email More
Dr. Audrius "Andy" Plioplys, a retired neurologist, included images of his own neural patterns in his "Siberia Siberia" exhibit. Pictured here at the Balzekas Museum of Lithuanian Culture in West Lawn, the exhibit has moved and will be unveiled at 7 p.m. Sept. 16 at the Beverly Unitarian Church.
View Full Caption
DNAinfo/Alex Nitkin

The Beverly neurologist turned artist will unveil about half of his series at 7 p.m. Sept 16 at the Beverly Unitarian Church. The exhibit features seven color-changing lights and four prints all offering a glimpse into the mass deportations.

The rest of Plioplys' exhibit will be on display at ArtPrize, a sprawling artist showcase from Sept. 21-Oct. 9 in downtown Grand Rapids, Mich. These additional light sculptures will be on display at the Fountain Street Church as part of an exhibit on social justice sponsored by the American Civil Liberties Union.

Plioplys used more than 400 hundred photographs and letters from Lithuanian nationals to create the full exhibit. These individuals — including eight of the doctor's relatives — were sent to work camps or gulags in remote Siberia.

Their images are shrouded inside sparkling polycarbonate tubes, which continuously glow and change colors. The outside of the light fixtures are covered in webs of stringy multi-color patterns. 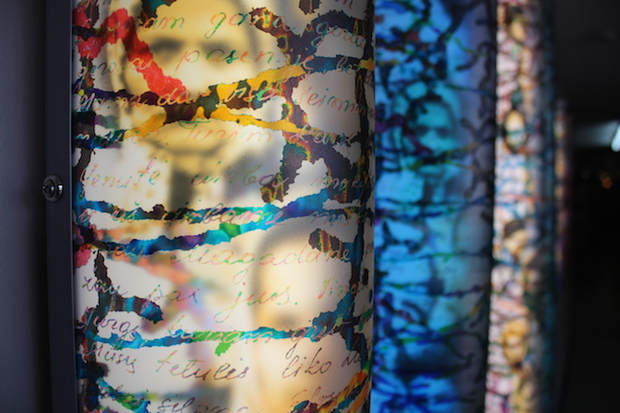 Dr. Audrius Plioplys of Beverly included pictures and messages recovered from hundreds of letters sent from Siberia in the 1940s and 50s in his "Siberia Souls" exhibit. [DNAinfo/Alex Nitkin]

Plioplys, a retired brain surgeon, projected images of his own neural networks onto his work to create these patterns. The doctor said the work stands as a monument to the 20 million Eastern Europeans killed by Joseph Stalin's actions.

He also drew a several parallels between Stalin and Republican presidential candidate Donald Trump. He called both men "demagogues" and said those supporting Trump, particularly his stance on immigration, ought to consider Stalin's path that led to the gulags.

"We have a person running for President of the United States who for more than a year has been demanding that more than 11 million people be rounded up and deported," Plioplys said.

He also said dishonestly is a fundamental characteristic common among both of these leaders and welcomed anyone interested in learning more about his opinion or Stalin's methods to attend the opening.

"We could be goose-stepping down Longwood Drive," said Plioplys, who added that four of his relatives died during Soviet NKVD interrogations. 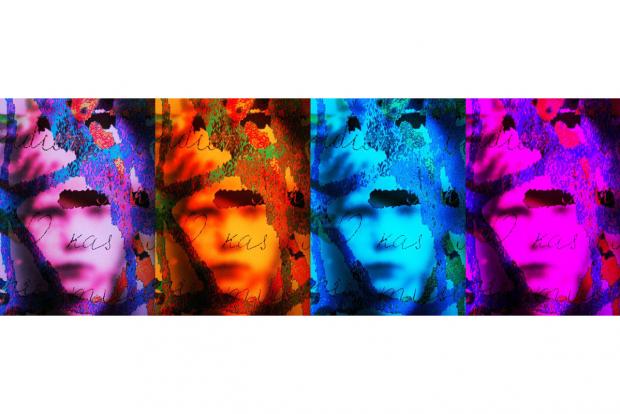 Dr. Audrius Plioplys of Beverly said the primary purpose of his "Siberia Souls" project is to inform the general public of the events and that lead to the deaths of 20 million innocent people. [DNAinfo/Supplied Photo]

"Siberia Souls" will be on display at the church also known as The Castle at 10244 S. Longwood Drive through Oct. 10. Thus, the exhibit will be available for viewing as part of the annual Beverly Art Walk from noon-7 p.m. Oct. 1.

"History is repeating itself, and this exhibit is an attempt to artistically voice opposition to these forces of inhumanity," Plioplys said.

Plioplys will also have another exhibit of his work on display for the one-day art walk. This showcase uses similar lighted tubes but deals largely with dreams. These fixtures will be on display at the Trinity Methodist Church at 1933 W. 103rd St. in Beverly.