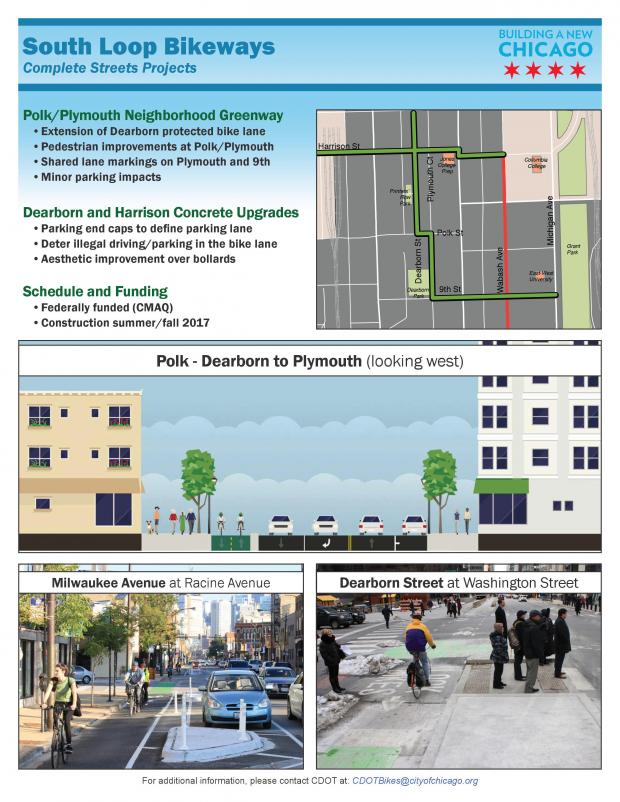 The flier [City of Chicago]

The project would add to the slew of new-and-improved Downtown bike lanes coming this fall to Dearborn, Kinzie, and Randolph streets.

City officials will present the new bike lanes to neighbors at 7 p.m. Tuesday at Grace Place, 637 S. Dearborn St. A CDOT spokesman declined to discuss the new bikeways before the meeting.