The all-girls school at 3737 W. 99th St. in Mount Greenwood had operated a preschool since September 1973. But declining enrollment prompted the program to change direction, Principal Eileen Boyce said.

"It's sad to see [Little School] go, because it was such an integral part of our curriculum and the school," said Boyce, who graduated from Mother McAuley in 2003 and participated in the Little School.

The Little School was designed to give Mother McAuley students interested in careers in early childhood education an opportunity to work directly with students on campus. The preschool boasted of nearly one-on-one instruction with preschoolers.

But enrollment at the Little School was just 22 students last year, and participation has steadily declined as nearby Catholic elementary schools have launched their own preschool programs, Boyce said.

"Times have changed, and we just have to roll with the punches," she said.

Also, the building used for the Little School was torn down this summer along with an empty convent. Mother McAuley rented space in this now-leveled structure for its preschool from the Sisters of Mercy, which founded Mother McAuley and the adjacent Saint Xavier University in 1956.

All of the space used by Mother McAuley is now owned by the school. Boyce said she'd have found room for the Little School had that been the only issue, but the downward trend in enrollment forced the hard choice. 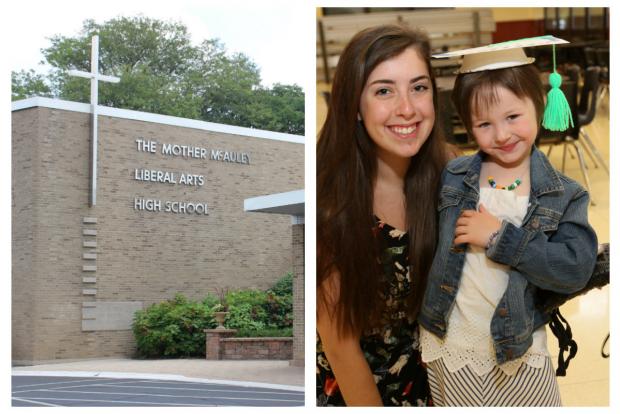 That said, some 21 students who would have otherwise taught at the Little School have signed on to student teach at nine Catholic schools in the area. These schools include: St. Cajetan, St. Catherine of Alexandria, St. Christina, Christ the King, St. Gerald, St. John Fisher, St. Linus, Most Holy Redeemer and Queen of Martyrs.

Students will teach in preschool through second-grade classrooms three days a week for one hour each session. The other two days will be spent in 1½-hour sessions at McAuley, discussing lesson plans, teaching strategies and other related topics, Boyce said.

Meetings with principals of nearby elementary schools were held in October. Boyce discouraged the participating principals from relying on her students for tasks such as making photocopies or cutting paper for crafts.

Instead, the McAuley student teachers are trained to offer individualized attention for elementary school students. That includes helping struggling grade schoolers with difficult subjects or working with advanced students eager to get ahead, Boyce said.

By comparison, 48 McAuley students participated in Little School last year. But Boyce believes that as the partnership program settles in, more students will take advantage, which could allow McAuley to partner with more schools as well as put student aides in third and fourth grades too.

"I want to be supportive of our local Catholic grammar schools," said Boyce, who added that the schools where students will volunteer are the same schools McAuley relies upon for incoming freshmen.

The McAuley students who participate in the double-period program will also continue to receive college credit from Saint Xavier in exchange for their work with the new off-campus program, Boyce said.

Carpool arrangements will help to get the high schoolers back and forth, as all of the students in the new program are seniors. Those without transportation will be placed at schools within walking distance of McAuley's campus. 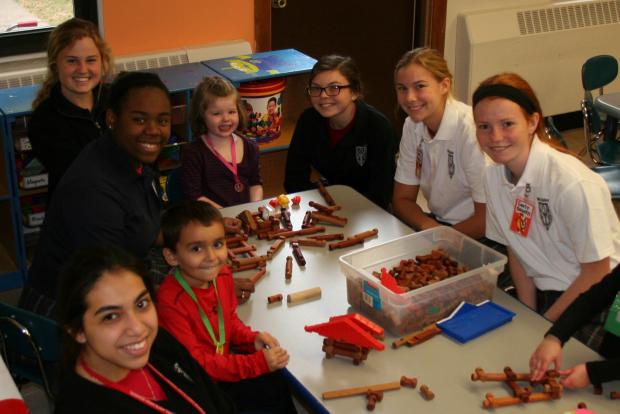 And while she's excited by the new arrangement, Boyce said she'll miss seeing the Little School students in the hallways — particularly on Halloween where the kids would trick-or-treat between classrooms.

"Sometimes, you have to make the tough calls," she said.