The therapist and owner of Begin Within Therapy Services Inc. in Mount Greenwood launched an online fundraiser Saturday aimed at bringing a therapy dog to her practice at 3301 W. 111th St.

"The dog will be trained to detect anxiety or detect sadness," said McShane, a Beverly resident. "Being with animals actually releases a hormone, oxytocin, which creates warm feelings."

Training an animal to notice various emotions and respond appropriately is an extensive process that can take upwards of 15 months. Thus, the cost for such a dog is $12,500, McShane said.

But, she believes it's worth it. McShane has seen therapy dogs hug a grieving client on command, sit at the feet of an angry adult to deescalate a tense situation and even lend a sympathetic ear to child as he or she talks through a difficult situation.

By Wednesday morning, $1,175 had already been raised for the therapy dog that would be trained by Minnesota-based Argos K9. McShane learned of the non-profit firm from a neighbor who purchased a therapy dog from the trainers for their autistic son.

"Kids and animals have an interesting bond," said McShane, adding that these trainers tend prefer Dutch Shepherds as therapy dogs.

McShane moved Begin Within Therapy from Beverly to Mount Greenwood in January. The office also expanded from just two therapists to eight, serving a variety of clients with some non-traditional approaches including therapists that incorporate massage and yoga into treatment. 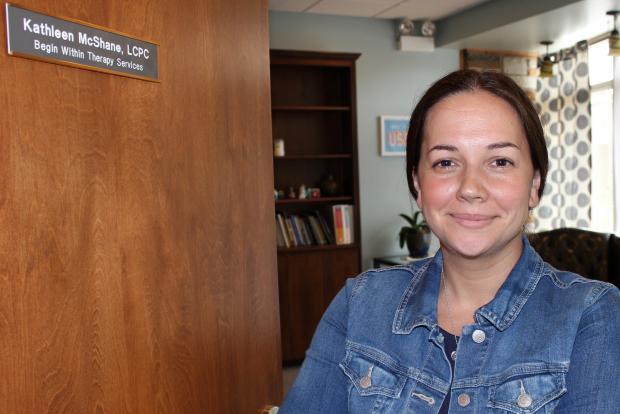 Kathleen McShane of Beverly is one of eight therapists at Begin Within Therapy Services in Mount Greenwood. The practice relies both traditional and non-traditional approaches to healing, including incorporating massage and yoga into treatment. [DNAinfo/Howard A. Ludwig]

Offering pet therapy would be another way for therapists to help heal clients with intense anxiety, post-traumatic stress disorder, grieving the loss of a child and more, McShane said.

"It's another tool in our toolbox," she said.

The dog won't just stay in at the therapists office either. McShane will take the animal home each night, and she expects the dog to be a frequent face at community festivals and events as well as at hospitals, schools and retirement homes in need of pet therapy services.

The fundraiser features incentives for various levels of support. Donors contributing $500 or more can have a corporate logo sewn onto a vest that the dog will wear during all public appearances.

For $250, the therapists will commit three hours of pet therapy to any organization that the donor chooses. And for $100, the donor will have a vote on what to the name of the new dog. 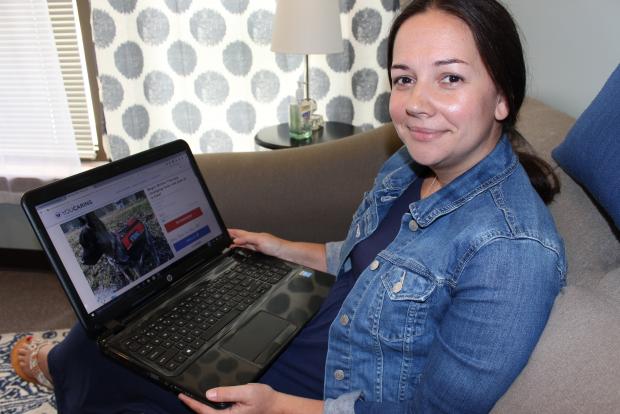 Kathleen McShane of Beverly owns Begin Within Therapy Services in Mount Greenwood. On Saturday, she launched an online fundraiser aimed at bringing a therapy dog to her practice at 3301 W. 111th St. [DNAinfo/Howard A. Ludwig]

McShane said she'll keep the fundraiser going until the goal is reached. That said, she'd like to officially be in line for a pup born in 2017. Even those dogs must go through an extensive, eight-week tryout before they are deemed eligible for training, she said.

"Just because a litter of these dogs is born that doesn't mean that our dog is in there," she said.