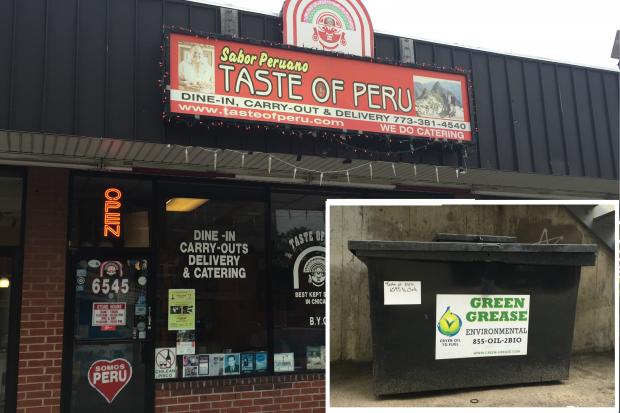 ROGERS PARK — One of the best ways to earn cash in the underground market — better than prying copper off churches or stealing wiring out of a new building — is by pilfering used cooking oil, a greasy, dirty crime quietly happening all over the city.

Nearly every night across Chicago, black-market entrepreneurs roll through the city’s alleyways, targeting the used oil stored in big containers and drums behind most of the approximately 7,300 restaurants in the city.

Many thieves vacuum the grease through a garden hose into an idling panel truck, often leaving behind an alley mess that can lead to fines from the Health Dept., complaints from neighbors and damaged bins.

The restaurants essentially give away their used cooking oil to contracted vendors, who then sell it as part of a $2 billion a year industry. The thieves are therefore stealing from the vendors, some of which say they are losing millions of dollars a year. 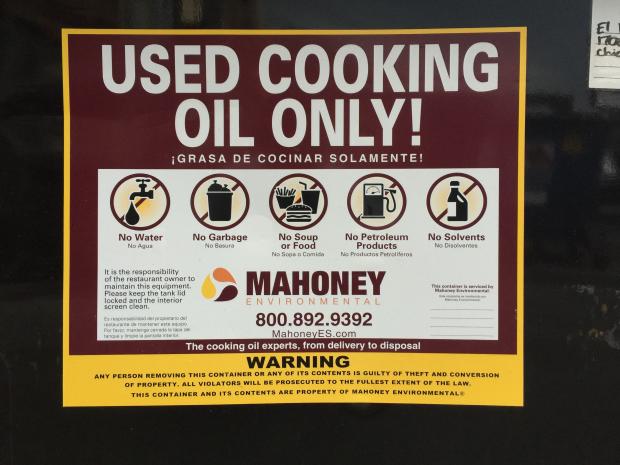 Taste of Peru at 6545 North Clark Street in Rogers Park, has been hit hard by grease thieves this year. Earlier this year, owner Cesar Izquierdo, 62, filed a report with Chicago Police detailing multiple incidents of his used cooking oil being taken, spilled and splattered all over the back of his restaurant by thieves working haphazardly in the dark.

“These guys go stealing the oil — they throw the grease all over the alley, pick up the barrel and keep on going,” Izquierdo told DNAinfo. “When I had a camera, one time I caught the guy — he just rolled the container down the street and [he] sells the whole thing.”

Yellow grease, as the used oil is called at the commodity exchanges or “yellow gold” in industry slang, is valuable. After oil refiners siphon out the solids and clear out the filth, it is blended into biofuels — where it burns far cleaner than fossil fuels — and used as an additive in animal feed and cosmetics.

The price per pound fluctuates with the market, running as high as $4 dollars per gallon, which equals about 7.5 pounds of grease. The current market price is set around $2, according to several Chicago-area collection operations.

Police never made any arrests in connection with the string of thefts at Taste of Peru. Izqueirdo shared the video when he he filed the report in February, but the images were later erased automatically from his security system’s memory and are no longer available, he said.

You can watch a video of a grease thief at work here, at the website of Mike Kostelac’s Ace Grease, a big twelve-state regional player in the industry.

According to Kostelac, many people don't realize it's a crime to siphon off the polluted oil, making it difficult to punish the squads of grease bandits if they are caught.

“They’ll do anything,” Kostelac said. “Pry bar, cutting torches, hacksaws. Anything they can get into it with, they’ll use. Look at it this way: you have a thief in a dark alley with plenty of time — they’re going to get into your containers eventually.

“We had an investigator come up on a truck one night that was pumping oil right into a tank in its bed. He hit them with a light and they just bolted, took off driving across a field with the hose hanging out, leaking grease. We got after them on the far side over there and followed that trail for as long as we could, but they must have run out of oil because that trail disappeared. We never got them.”

For the grease pirates, there can be a big payoff when the market price is high. A big Ryder panel truck with its hold filled with grease could be worth around $20,000 in a cash market. For operators who pay thieves around $1,000 for a night's work collecting grease, that's a big payoff.

Offloading the spoils can be tricky — independent players with no connections to the industry are guarded suspiciously by legitimate operators. But the grease still moves.

“There are always buyers out there. It’s like walking into a pawnshop with a car stereo deck that’s not attached to anything,” says Rob McHugh of Chicago BioFuels. “If they want that stereo, and they know they can resell it, they’re not going to ask any questions. Even though, often times, that means they might be buying back their own grease, [that thieves stole]. There’s no way to identify it once it’s been stolen.”

Sneakier anti-theft technology might soon put legitimate operations on the offensive. The yearly revenue generated by rendering grease is worth around $2 billion to the economy, according to IBIS World, an industry research group. A haul that collectors consider worth protecting from pirates.

Kostelac claims Ace Grease is having success with very small GPS beads poured into an empty bin to float unharmed as the grease collects. If a thief sucks out some of that grease into their tank, the GPS beads transmit a signal relaying their coordinates, which harken an arrest posse to their location. 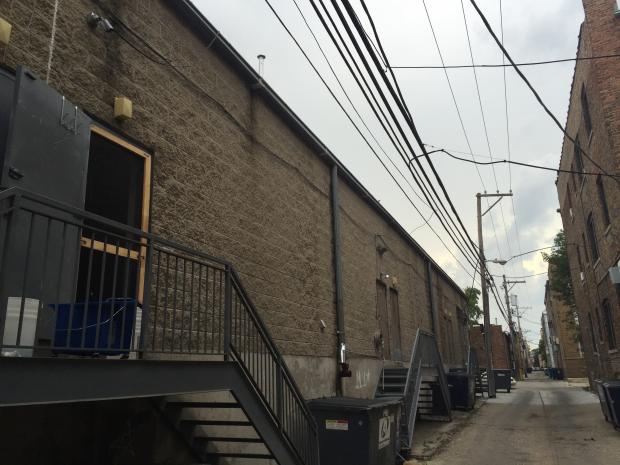