Vista Tower Construction To Begin Within 'Next Week Or Two,' Developer Says

DOWNTOWN — Construction of the supertall Vista skyscraper planned for Wacker Drive will begin in "the next week or two," its developer says.

David Carlins of Magellan Development Group outlined his plan Tuesday to build what would be the third-tallest building in the city, and the tallest in the world designed by a woman.

Vista, a $950 million project from Jeanne Gang, is a venture between Magellan and Chinese conglomerate Wanda Group. Once built the frustum-shaped tower will contain a hotel as well as 406 luxury condominiums.

The tower, which will be at 381 E. Wacker Drive, is expected to open by April 2020, Carlins said Tuesday.

"This is a 3.5- to four-year construction period, so things will come up along the way, and we're anxious to meet everyone's concerns," Carlins said.

RELATED: Check Out These Panoramic Views From The 90th Floor Of Future Vista Tower

Work will last from roughly 8 a.m. to 8 p.m. every day during the massive construction project, which will bring various road closures and other traffic impacts over the next few years.

Neighbors access to the Chicago Riverwalk through Lower Field Boulevard will be closed beginning next month, and other thoroughfares including Wacker and Waterside drives will be impacted, too.

Reilly, who didn't attend the presentation, asked guests to submit their questions in writing so they could be recorded and addressed. Carlins irked many neighbors who attended the meeting after declining to answer their questions in person.

Click the slideshow above or scroll down below for more slides detailing the various road closures associated with Vista's construction: 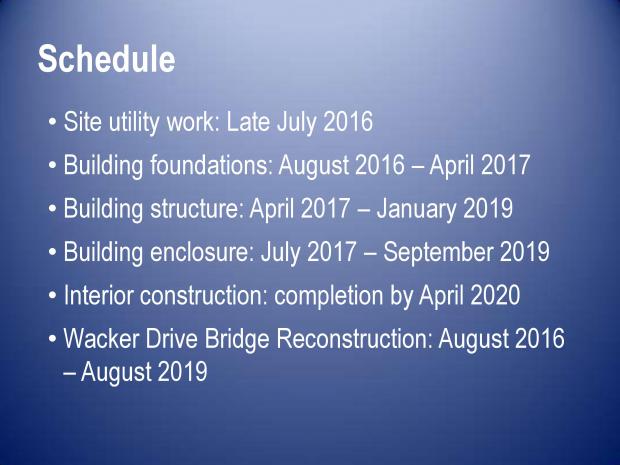 [All slides courtesy of McHugh Construction] 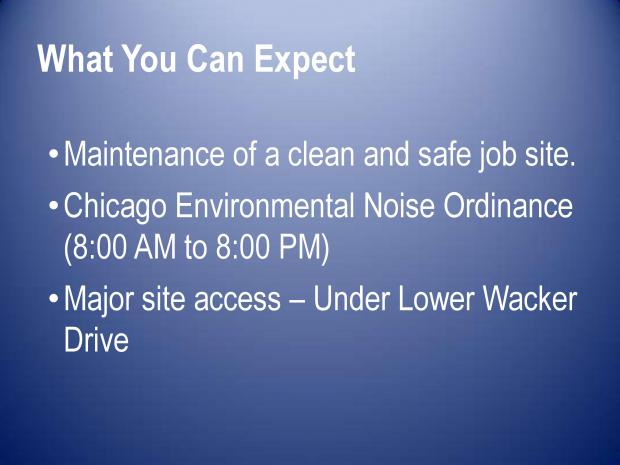 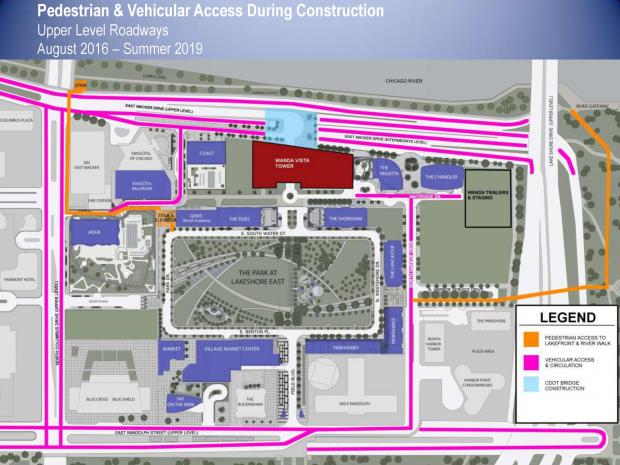 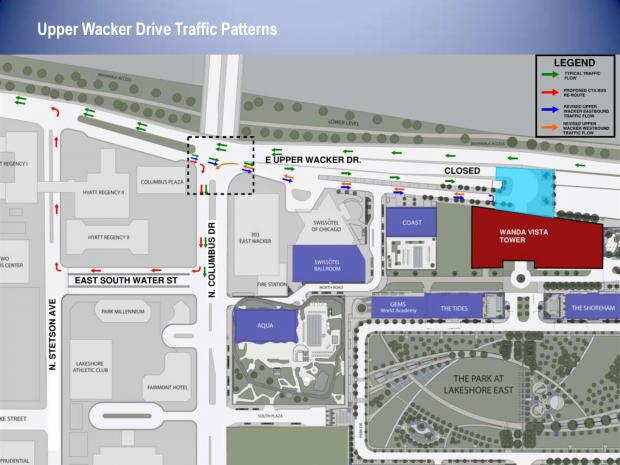 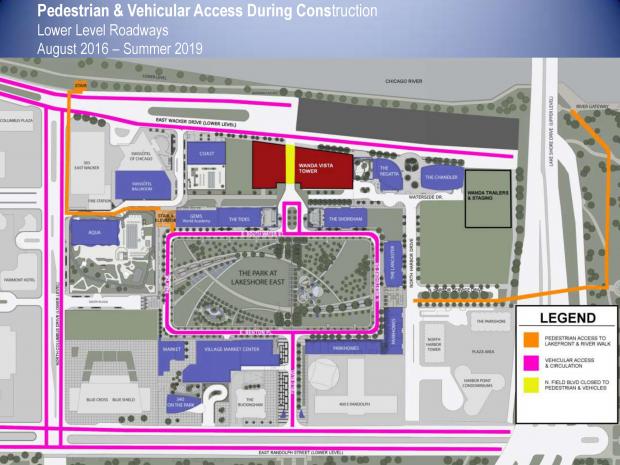 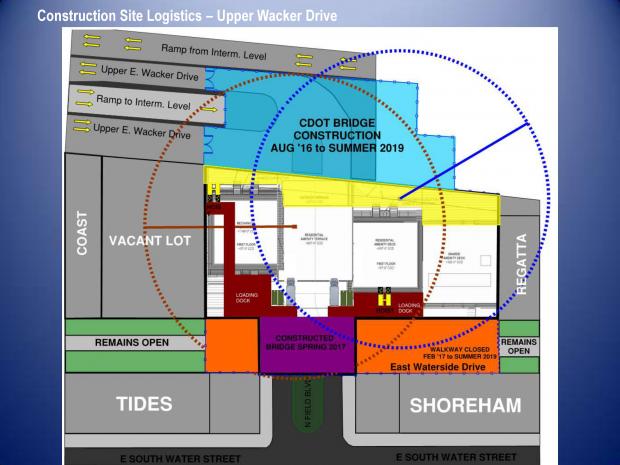 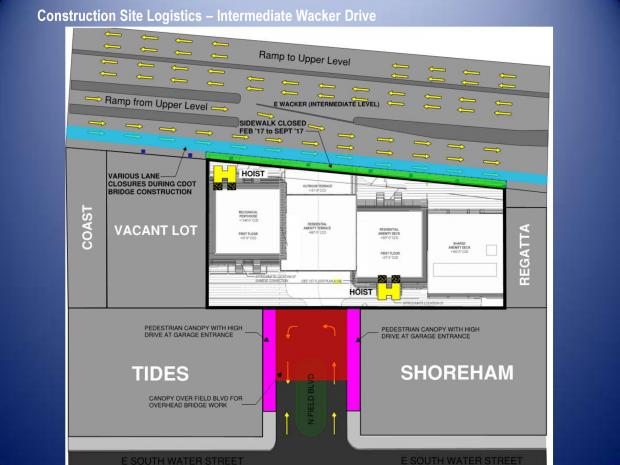 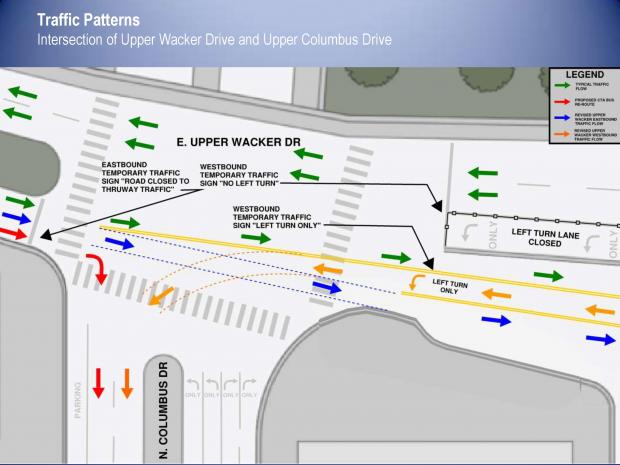 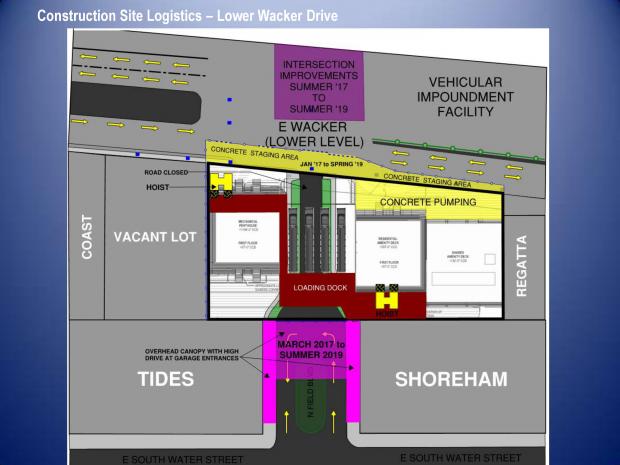