Nail Clipping On The Metra?! New Campaign Asks For Manners On Train

CHICAGO — Perhaps taking a cue from the CTA's amusingly on-point "courtesy campaign" spotlighting and shaming rude commuters, Metra has introduced its own ad series that takes a gentler approach to scolding riders who aren't on their best behavior.

Basing the five-image campaign on "the top five behaviors reported by you — our customers — about other customers onboard," the ad series depicts fake Tweets purportedly sent by riders observing fellow passengers putting their feet on seats, talking loudly on cellphones, "manspreading" and trimming nails and beard hair while on board. 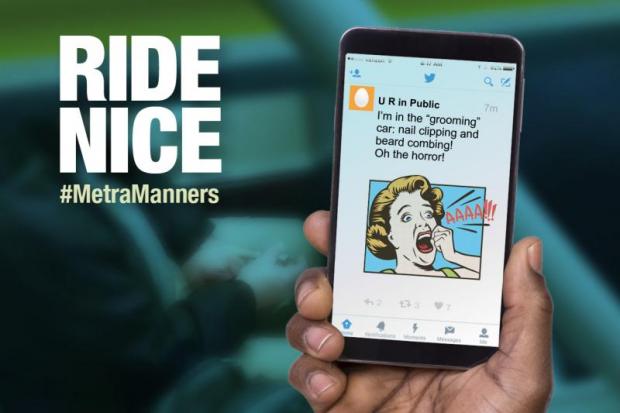 The overall goal of the ad series is to "help raise awareness about the need to be polite," according to a release from Metra, and the ads seem to encourage riders tattling on their fellow passengers to use the hashtag "#MetraManners" on social media.

The Metra campaign takes a much — much — gentler tone than the CTA's courtesy campaign that debuted last year, which won the national AdWheel award from the American Public Transportation Association in October.

The CTA's version hyperbolically depicted misbehaviors like littering on the train and blocking car doors with waist-high piles of garbage and linebackers tackling passengers. 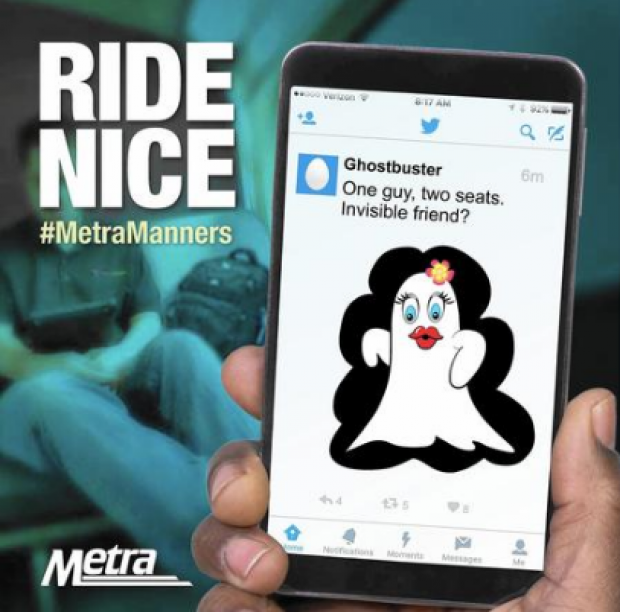 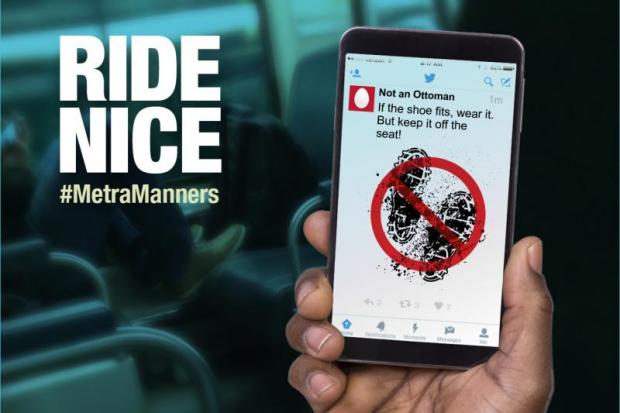 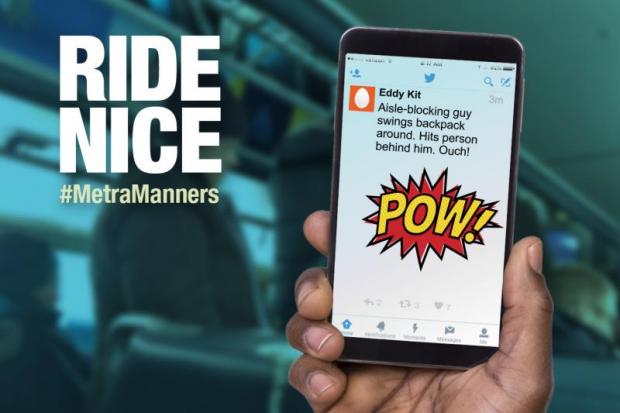 Check out some ads from the CTA campaign: