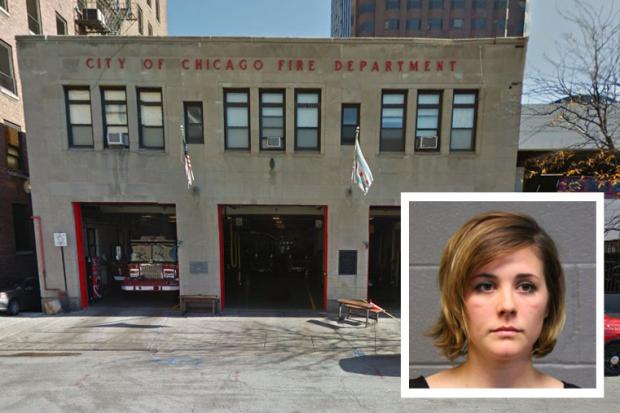 Maegan Kurtz, 26, is charged with aggravated battery to a peace officer.

The 56-year-old fireman had stopped traffic near Wells and Van Buren streets about 4 p.m. Monday to accommodate a fire truck that was backing into the Chicago Fire Department station at 419 S. Wells St., court records show.

Maegan Kurtz, 26, approached the station on a Divvy bicycle and tried to continue cycling past the truck, which was flashing its lights, according to an arrest report.

That's when Kurtz allegedly slapped the firefighter. The man pushed Kurtz away, court records show, and she tumbled to the ground.

"I do not take lightly the fact that an officer tells someone to stay out of the way, and the response is to get slapped in the face," Cook County Judge Peggy Chiampas told Kurtz on Wednesday before setting bail at $25,000.

Any person assaulting a CFD member as they perform their duties will be prosecuted to the fullest extent of the law.

Kurtz, who lives in suburban Frankfort, is charged with aggravated battery to a peace officer. According to her defense attorney, Kurtz is a college graduate who works in business.

The firefighter was treated and released from Northwestern Memorial Hospital for a "laceration" to the left side of his face, according to the arrest report.