CHICAGO — Trying to catch a train home? You might be waiting awhile.

A gas leak in the South Loop Tuesday afternoon led to massive CTA headaches, with shutdowns and delays that will likely linger as passengers pack Downtown train stations.

The Chicago Fire Department said the gas leak, which started around 4 p.m. and spanned several city blocks near 8th and State streets, was stopped by Peoples Gas just before 5 p.m. Department spokesman Larry Langford said the four-inch line was ruptured by a construction crew.

Just last week, another construction crew hit an old gas line in the Loop, causing the shutdown of a huge stretch of State Street near Macy's. 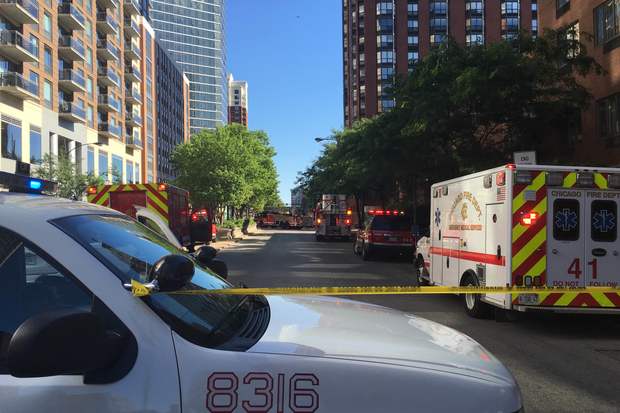 Tuesday's rupture caused major problems for the CTA, which was forced to halt trains to give emergency crews time to fix the leak. Stations swelled with stranded riders Tuesday. Crews were testing air quality to see if the subway tracks were safe for use as of 5 p.m.

After shutting down parts of the Green, Orange, Red and Blue lines, the CTA said Tuesday at 5 p.m. that all trains would resume their regular routes, but passengers should expect residual delays.

Downtown, commuters were spilling out of the stations attempting to get on the train near State and Lake.

Though Brown and Pink line trains were not directly impacted by the leak, passengers should also expect to be delayed on those lines.

The rupture occurred a week after construction crews ruptured another gas line at State and Randolph streets, shutting down that corner.

"We have been seeing occasionally bad markings on the street where the gas line is suppose to be, and the crews go by that, and sometimes they get a surprise," Langford said.

State Street was otherwise shut down from 8th to 12th streets as of 4 p.m. Tuesday.

A woman named Nancy, who declined to give her last name, was walking with two friends to the Roosevelt stop when she realized the Orange Line had resumed running.

"We would usually take the bus [to Roosevelt] but we walked," she said as she hurried to catch the Orange Line. "The busses were just passing us by, they were so packed."