By David Matthews |&nbspJune 15, 2016 6:15pm | Updated on June 16, 2016 9:45am
@DavidLMatthews
Twitter Facebook Email More
A bicyclist is dead after getting hit by a double decker bus Wednesday at Michigan Avenue and Oak Street, police and a witness said.
View Full Caption
provided

MAGNIFICENT MILE — A bicyclist was killed after getting hit by a double decker bus on one of the city's busiest shopping strips Wednesday, police and a witness said.

Blaine Klingenberg, 29, of Logan Square was heading north on Michigan Avenue when he disobeyed a red light and turned into the bus at Michigan Avenue and Oak Street at 5:28 p.m. Wednesday, according to the Cook County Medical Examiner's Office and Officer Michelle Tannehill, a Chicago Police spokeswoman

Klingenberg was caught and pinned under the bus, said a witness who asked not to be named. He was taken to Northwestern Memorial Hospital and was dead on arrival, Tannehill said.

The bus is owned by Chicago Trolley and Double Decker Co., which declined to comment. 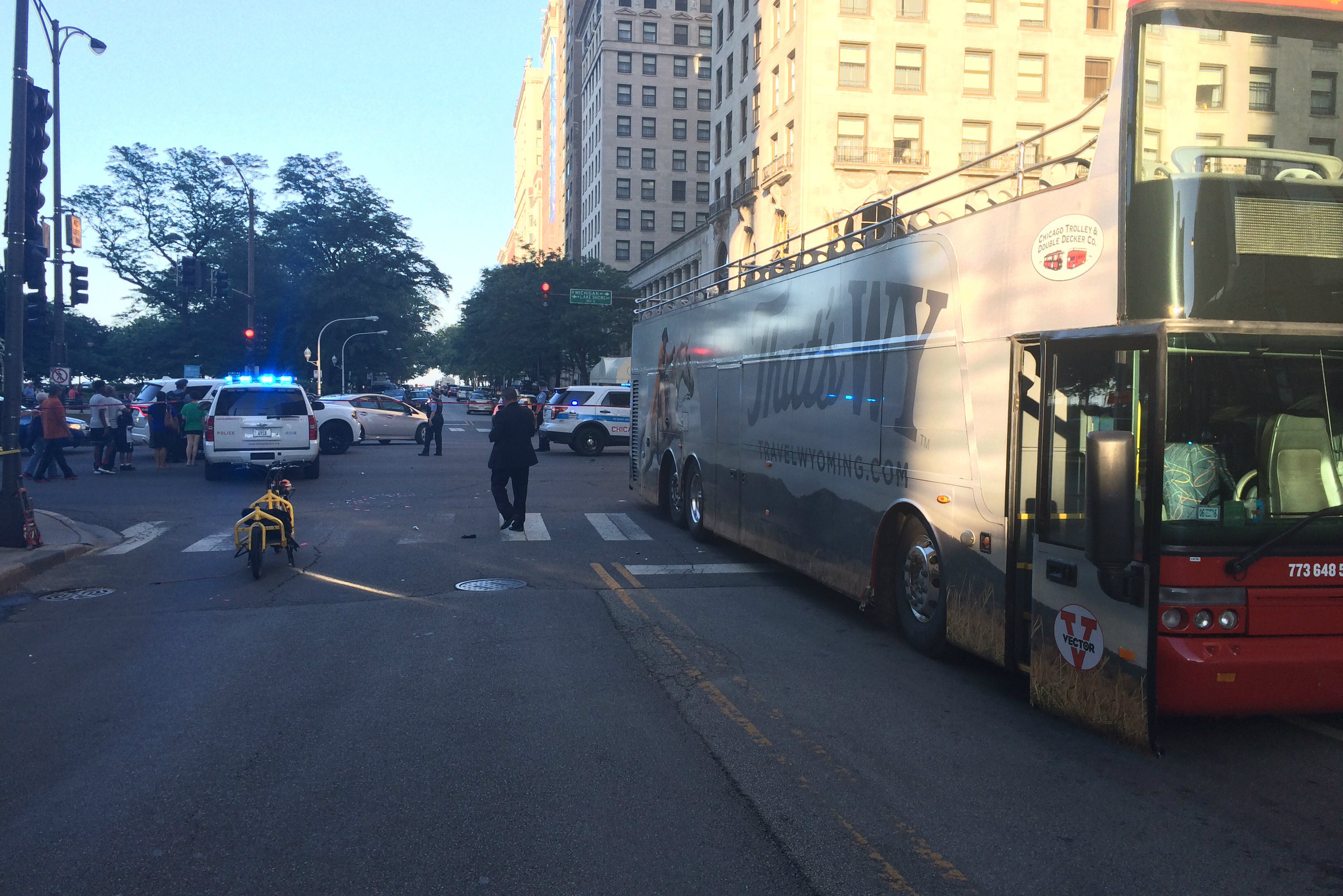 "It's a beautiful day and it's just scary to see something like this happen," the witness said.