MOUNT GREENWOOD — Miracle Field — a baseball diamond in Mount Greenwood built for players in wheelchairs — will receive an $84,000 makeover.

Work begins Monday on the field that's tucked behind the Chicago High School for Agricultural Sciences, said Jessica Maxey-Faulkner, a spokeswoman for the Chicago Park District.

The project will take four to six weeks to complete and will include removing all of the rubberized tiles on the field. A two-inch asphalt underlay will then be applied to the field and topped with a "Plexipave" surface, Faulkner said.

This California-based company produces cushioned athletic surfaces used for indoor and outdoor tennis courts and other athletic areas, according to the firm's website. 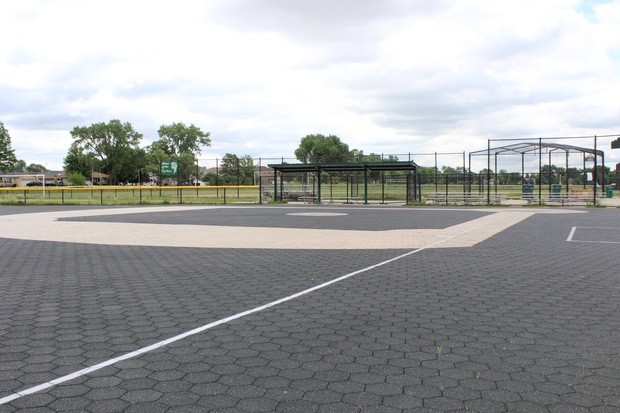 A $84,000 rehab of Miracle Field in Mount Greenwood will begin next week, according to a spokeswoman for the Chicago Park District. The project will take four to six weeks to complete. [DNAinfo/Howard A. Ludwig]

The project was originally slated to begin in April but was delayed to accommodate a planned event on the field that features wheelchair accessible dugouts and painted-on bases, Faulkner said via email on Tuesday.

Miracle Field opened in 2005 in an effort to give young, wheelchair-bound baseball fans an opportunity to play the game, according to the Tribune.

The wheelchair field is paired with three other traditional ball fields in Mount Greenwood and labeled "White Sox Fields."

The 24 acres used for the fields is actually leased for $1 each year by the park district from the Chicago Public Schools. The district, in turn, spent nearly $229,000 to realign and rebuild a baseball field at the Ag School, the report stated. 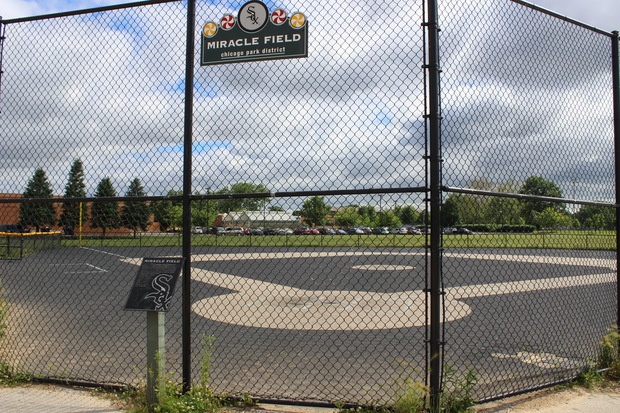 Miracle Field is one of four baseball diamonds in Mount Greenwood Park that fall under the area known as "White Sox Fields." This wheelchair-accessible field is about to undergo an $84,000 rehab, according to a Chicago Park District spokeswoman. [DNAinfo/Howard A. Ludwig]

The cost to build the four fields was expected to be about $1 million in 2004. The Major League Baseball Legacy Fund, which provides teams with funding for community projects, provided the bulk of the cash, according the to earlier report.

A plaque just behind home plate on Miracle Field reads, "The White Sox and the City of Chicago and the Chicago Park District dedicate this field to every child who wants a place to play."