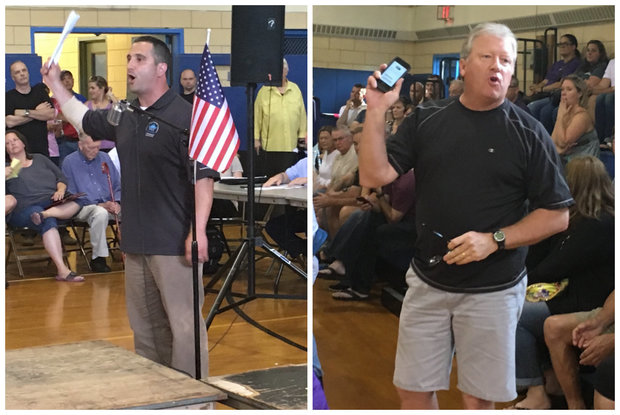 EDISON PARK — The animosity that has been simmering for months between 41st Ward Ald. Anthony Napolitano and Democratic Committeeman Tim Heneghan boiled over Wednesday as the two clashed over a 44-unit apartment complex and 156-space garage proposed for Edison Park.

Napolitano said Heneghan was a "liar" who "maliciously" tried to scare 41st Ward residents by making it seem like low-income apartments would be built in the heart of Edison Park in an attempt to boost his political prospects in the next aldermanic election.

But Heneghan said the email he sent to ward residents Friday was an attempt to provide information about the proposed development, among the tallest and most densely populated plans for Edison Park in the last 10 years.

More than 500 people tried to cram into a meeting room at Olympia Park for the normally sparsely attended session of the 41st Ward Zoning Advisory Committee, which makes recommendations to the alderman on whether projects should be granted special permission by city officials and built.

Because of the crowd — with some people preparing to watch the proceedings from outside the building through the windows — the meeting was moved to the field house's gym, where it disrupted a school graduation and delayed a basketball practice. 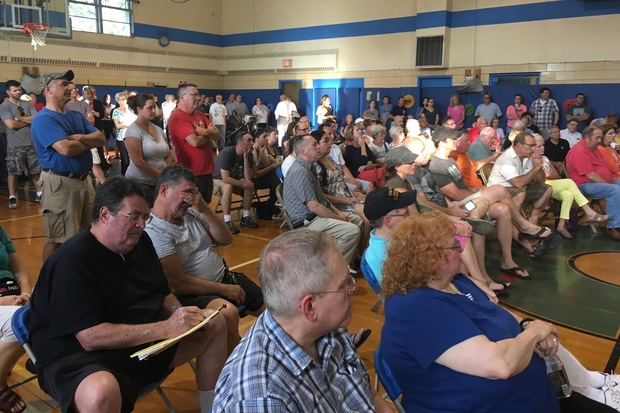 The committee had been expected to review the proposal to build 44 apartments, a 156-space garage and 5,000 square feet for shops at 6655 N. Oliphant Ave. near the Edison Park Metra Station on what is now a parking lot and auto spa.

But Napolitano said the developer decided late Wednesday not to appear at the meeting as the furor about the proposed development grew online. In addition, the alderman said he urged the firm to consider building condominiums, not apartments, in an attempt to win the community's support.

The proposal is now expected to be presented at the committee's meeting at 6:30 p.m. Aug. 3 at Olympia Park, 6566 N. Avondale Ave., Napolitano said. 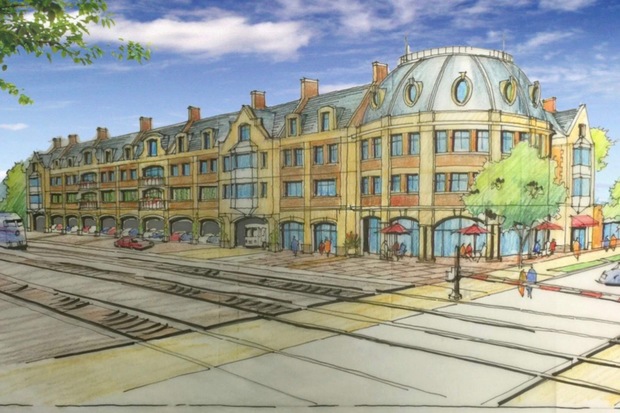 "You're here because you've been lied to," Napolitano told the crowd. "Your time was wasted by Tim Heneghan, who has been running for alderman since about eight minutes after I got elected."

After Napolitano told the crowd the Edison Park project would not be discussed, all but a few dozen people left.

Heneghan, a member of the Ebinger Elementary Local School Council, was elected the 41st Ward Democratic Committeeman in March, defeating Andrew "Andy" DeVito, who was endorsed by Napolitano.

Heneghan replaced former Ald. Mary O'Connor (41st) as Democratic committeeman. O'Connor lost her bid for re-election to Napolitano in 2015. Napolitano is the only member of the City Council who is not a member of the Democratic Party and was elected with the support of the Chicago Republican Party.

After the meeting, Heneghan did not answer a question about whether he planned to run for alderman, but noted that Napolitano's heated speech Wednesday indicated to him that the alderman is "a guy feeling some heat."

"I'm not a liar," Heneghan said, adding that his intent was to provide information to residents on a topic of great public interest.

"I wasn't trying to get everyone riled up," Heneghan said.

If the rules governing the property were changed as requested by the developer, up to 127 units could theoretically be built on the property, but only 44 have been proposed, Napolitano said. It would violate city law for the developer to attempt to build more units than proposed and approved by officials.

In addition, Napolitano said Heneghan purposefully made it seem like the apartments would be built specifically for use by residents who have a "Section 8" voucher through the Chicago Housing Authority.

The program — which has a yearslong waiting list — uses federal funds to help poor or disabled Chicagoans rent a privately owned apartment after a screening process. By law, no landlord can refuse to rent to someone using a Section 8 voucher.

Heneghan said he never used the words "Section 8" and in fact provided a link to the city's affordable housing ordinance so that people could read the rules for themselves.

"You were scared for no reason," Napolitano said, as Heneghan stood up and began shouting at the alderman.

Napolitano also accused Heneghan, who is Irish, of discriminating against him because he is of Italian heritage.

After the meeting, Heneghan said he was not a "bigot."

"My character and my integrity mean a lot to me," Heneghan said. "I'm not going to lie to anyone."