This Group Chased Woman Onto Lake Shore Drive, Where She Was Killed: Police

CHICAGO — Police released surveillance photos of a group of people they say were responsible for chasing a man and a woman onto Lake Shore Drive, where the woman was hit and killed by a passing pickup truck.

Police said the 1:30 a.m. Sunday surveillance video "depicts that they were being pursued by the above group at 700 N. Lake Shore Drive." At one point, the group jumped a barrier to follow the couple onto the Drive.

Pamela Johnson, 32, died in the mayhem after being struck. Her boyfriend told police they were being chased after fleeing an armed robbery. Johnson's family described it as trying to escape a "mob action."

The group fled to Superior after the crash, and police are now asking the public's help in identifying them and finding them.

Johnson, went Downtown Saturday with her boyfriend for a night out, said activist Andrew Holmes, who is related by marriage to Johnson. Much of what happened after that is still being pieced together by family and police. 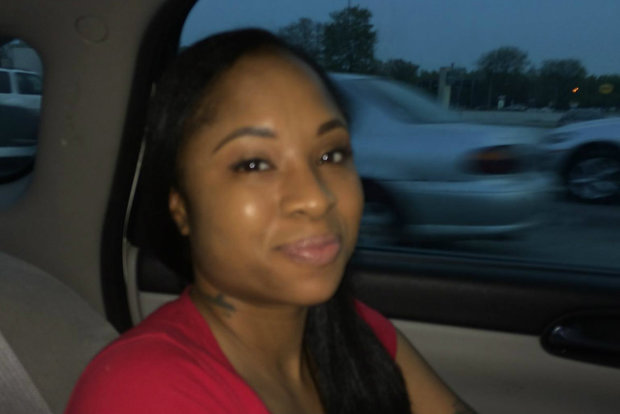 At 1:40 a.m. Sunday, Johnson and her boyfriend, Eugene Jackson, were in the 600 block of North Lake Shore Drive when something caused them to flee onto the Drive.

They were both struck by a pickup in the southbound lanes of Lake Shore and were taken Northwestern Memorial Hospital, where Johnson was pronounced dead and Jackson stayed the night due to his injuries, police and Holmes said.

It was the second fatality on Lake Shore Drive this weekend, after a 15-year-old girl shot dead while riding as a passenger. The violence led police to ramp up patrols on the drive, while reminding residents that Lake Shore and the city's expressways are safe for the overwhelming majority of residents.

"We want to assure the people, [Lake Shore Drive] is a beautiful route to drive and it's a safe route to drive," Deputy Supt. John Escalante said Sunday.

Police initially said the couple were approached by a group of men who announced a robbery and showed a gun, a narrative told to them by Jackson, Holmes said.

At a Sunday news conference, police spokesman Anthony Guglielmi said police were not sure a gun was there at the time, and that police were checking private security cameras as well as police surveillance cameras.

"The victims believed they were involved in a robbery," Guglielmi said.

Holmes said the family now believes the group of men who approached the couple were not robbers but were just looking to harass them and start trouble. He said the couple initially saw a few men but that more ran out and the two became fearful.

"This may have been some type of mob action," Holmes said. "These people were just picking at people. It's still criminal. They need to be identified."

Johnson, of the 9100 block of South Marquette Avenue, worked at a phone service center and leaves behind at 12-year-old son who she watched closely to make sure he didn't get swept into Chicago's violence.

"This is a terrible loss for the family," he said. "We're in shock."

The family is asking any business owners of residents who were in the area to come forward to police.

"We're trying to put the pieces together," Holmes said. "We want to make sure this doesn't happen to other families."