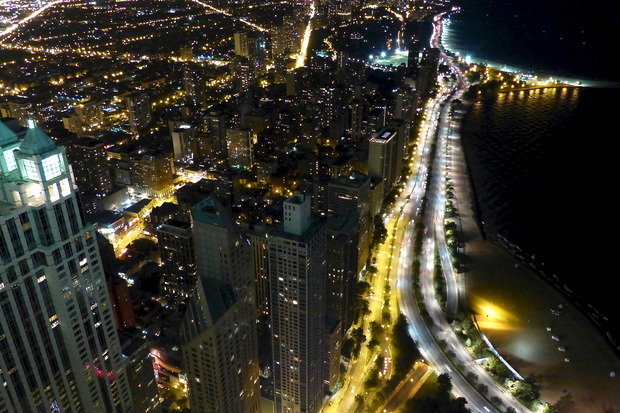 At 2:10 a.m., two people were in a car near Lake Shore Drive and Michigan Avenue when someone in a red car fired shots at them, said Officer Bari Lemmon, a Chicago Police spokeswoman.

The 24-year-old man driving the car made it to the 600 block of South Jefferson Street before calling 911, Lemmon said. He had been shot in the buttocks and was taken to Stroger Hospital where he was listed in good condition, Lemmon said.

A 23-year-old woman who was in the car had been shot in the head and was also taken to Stroger where she was listed in serious condition, Lemmon said.

No one is in custody for the shooting, Lemmon said.

No Obama Pardon for Boxer Jack Johnson, And Now His Family Has Lost Hope

4 Townhomes Coming To Corner Of 43rd And Normal, Developer Says