MOUNT GREENWOOD — The limousine parked at the Chicago High School for Agricultural Sciences belongs to a local driver without a first name.

Stage, 70, lives nearby and operates S&S Business Services Inc. He struck a deal with the school's principal years ago to park his stretch limo on the campus at 3857 W. 111th St. in Mount Greenwood.

In exchange for the spot, the limo driver chauffeurs special needs students to prom, takes others to an annual FFA or Future Farmers of America conference and still others to the occasional job shadow opportunity.

"I do a service to the school," Stage said Thursday. 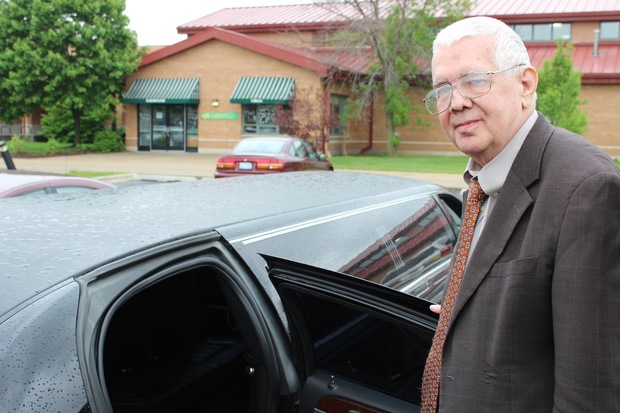 Stage said he prefers to park his limousine in the middle of the parking lot at the Chicago High School for Agricultural Sciences. He said the spot keeps his vehicle safe from lawn mowers and passing buses. [DNAinfo/Howard A. Ludwig]

Ag School Principal William Hook inherited the arrangement but has no problems with the mutually-beneficial deal. He said the FFA students in particular get a thrill from the high-end transport.

"It's kind of nice because they get to show up [at their conference] and get picked up in a limo," Hook said.

Stage moved to Mount Greenwood about a decade ago to take advantage of the reduced-rate license for limo drivers. He was named after his father, who dropped everything but his last name at a young age.

The first Stage took the solitary name as a nod to his father who left when he was just a boy. When the inaugural Stage had a son, he decided to forgo a first name once again.

Thus, their son goes by Marroquin Stage. The limo driver also had two daughters from his first marriage — Jorie and the late Kathleen Stage, he said. 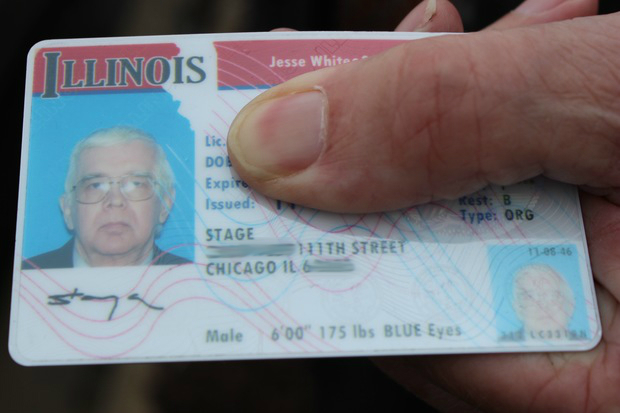 Stage, 70, was not given a first name by his father, who also went simply by Stage. The name was a nod to the limousine driver's grandfather. [DNAinfo/Howard A. Ludwig]

Stage said the absence of a first name wasn't much more than a novelty until 1960. That's when banks began to computerize financial information. One particular teller was stumped when prompted to fill out a form for Stage, he said.

The impasse prompted Stage to suggest that the teller simply enter his own name into the template. And to this day, Jerry W. Stage often winds up on credit reports and other financial forms associated with the limo driver.

"That's why I'm almost militant about it," Stage said about forgoing his first name.

Stage compares himself to one-name celebrities including Prince and Liberace and has a pair of "bar jokes" he uses when people question him about his name.

"First, I say I came from a poor family. So we couldn't afford a first name," Stage said. "Second, I say my parents weren't sure if they were going to keep me so they didn't want to waste a name."

Stage worked at a steel mill and later for International Harvester Co. most of his life. He began moonlighting as a limousine driver while working as a dispatcher for a school bus company.

He and a co-worker from the bus company branched off to form S&S Business Services Inc. in 1995. The company had eight limos at its peak, but the business took a dramatic hit after the Sept. 11 terrorist attacks, Stage said.

His partner retired 1½ years ago. The only limo left is the aging vehicle parked at the Ag School, Stage said.

Still, the driver has no plans on retiring anytime soon. He said his job is 90 percent boredom. But the 10 percent of excitement makes up for it, including his trips with students from the high school.

"This is a labor of love. If you don't love it, it's the worst job in the world," he said.