WEST PULLMAN — Lee McCullum Jr. felt like he was born to lose, trapped in a violent world he never could escape.

I met McCullum while working as a producer on “Chicagoland,” the multi-part CNN documentary. After the series aired in 2014, we kept in touch.

When I got word early Thursday that “Little Lee” — that’s what everybody called McCullum — had been shot dead in the 500 block of West 126th Street, I cried angry tears.

McCullum’s life and death are an example of the long odds that kids growing up in poor, forgotten neighborhoods struggle to overcome when they become young adults.

This didn’t have to happen, I told myself.

More than anything, I wished McCullum would escape Roseland gang territory called “The Ville” where he spent his whole life and watched so many friends die.

McCullum told me he wanted to escape, too.

But he just couldn’t do it.

After surviving a drive-by shooting while waiting to take the bus to work in August 2014 he put it this way: “You see the door to get out and there’s always something that prevents you from getting through that door.”

At Fenger High School, McCullum, more than any other student, was “the most on the brink," “Chicagoland,” series producer Yoav Attais said.

That's why his story was so compelling.

“He could go one way or the other,” Attais said.

Early on all signs suggested McCullum would turn his life around.

“We filmed him getting college acceptance letters and he was motivated to go to college and had every intention of going,” Attais said. “We filmed his graduation.”

Plus, McCullum, who was an honor student and prom king, had a lot of support.

Fenger principal Liz Dozier urged him to go to college. She even wrote a check to reserve him a spot in a dorm room.

“He had us,” Dozier said. “Lee wanted better things. Sometimes there are ties that bind kids that are strong, and they get pulled in totally different directions than they want to go.”

“None of us can ever know how hard it is to escape that invisible gravity that draws you back, and it’s so tragic,” Levin said.

McCullum's murder is evidence of how difficult it can be to escape street life even when someone as caring as Dozier has your back and offers up opportunities to change your life. 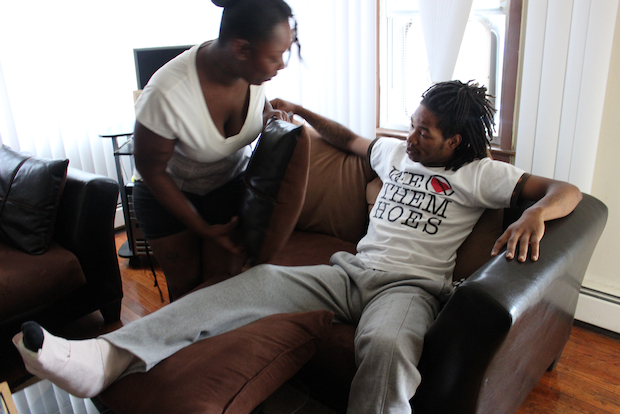 Lee McCullum in 2014 after he was shot in a drive-by. (DNAinfo/Mark Konkol)

That reality gets overshadowed by the daily “body count” that has become accepted as normal.

Chicago's street violence epidemic gets tallied up in the non-fatal shooting statistics of faceless victims and a homicide count that doesn’t capture the loss of humanity our city suffers when the least fortunate among us are shot dead.

For a lot of people who watched and helped create "Chicagoland," McCullum’s murder is a reminder of that, too.

“I’m not saying Lee was an angel. We all know that he was mixing it up. But it’s sobering. All the sudden you don’t feel like a journalist or a filmmaker. You just feel like a friend and somebody that you know is gone,” Levin said.

“And yet it doesn’t seem to register and everybody goes on. We kind of accept that every day there’s a body count.”

Some people might focus on McCullum’s decision to skip college after high school or point to photos on Facebook that show him throwing up gang signs with his contemporaries in “The Ville.” The worst of them, you know who you are, will say he deserved what he got.

But those details don’t tell the whole truth about McCullum — and a lot young men like him — who grew up in extreme poverty and surrounded by violence.

McCullum experienced all of that.

McCullum grew up poor and said that as a young boy he had to "be a man" on his own. His father was shot in his head and lost a leg to a bullet. In high school, several of his friends were shot dead. Last month, McCullum’s girlfriend Tiara Parks was shot and killed.

Still, it was more terrifying for McCullum to consider leaving behind the violent madness in Roseland than it was to live there.

Dozier said she noticed that about McCullum during a senior trip to New York City when McCullum balked at spending a few unsupervised hours in Time Square with his fellow students when other teenagers jumped at the chance.

“He asked, ‘Can I stay with you?’ ” Dozier said. “Here’s this big frickin’ kid and he wants to stay with the teachers because he was nervous and really feeling uncomfortable being in a new place.”

For McCullum, the prospect of moving away for college was just as scary.

“For some kids going to college isn’t that simple of a choice because they face a lot of barriers internally. That was Lee," Dozier said.

Maybe that would have saved him. Then again, hoping that young men with promise like McCullum will save themselves by escaping Chicago isn’t such a great plan.

A better idea, Dozier said, might be for us to recognize what McCullum’s death at age 22 tells us about the way we view our city’s growing homicide count.

“We hear all to often about people killed and it becomes the latest number on Monday morning. There’s gotta be more action. It can’t be just one entity. It’s got to be all of us. We have a collective responsibility in this.”

Dozier asked me what I thought about that.

Our city is home to too many people like “Little Lee” who feel trapped in a violent world that they can’t escape.

I can't tell you exactly how many. We only count when it's too late. 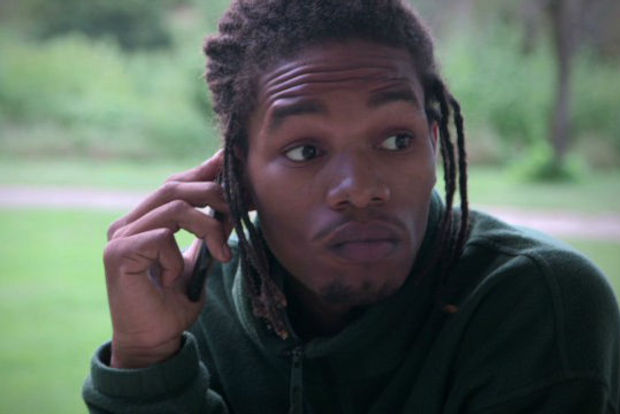