UPTOWN — For Charles and Isaac Eubanks, The People's Music School in Uptown represents not just an opportunity to stand out on college applications, but a vehicle to securing their futures.

"I think it’s a stepping stone to what I really want to be — a lawyer," said Charles, 14, adding his music skills have helped him in the classroom.

"My teacher sometimes makes me memorize songs and pieces," at the music school. "That opens all kinds of [skills]. If I’m studying for a test in school, I memorize."

About 8 years ago, at the urging of their mother, the two brothers from Chatham joined the music school, each choosing an instrument: the cello and the drums. As they progressed through the program, the two students from Walt Disney Magnet School, 4140 N. Marine Drive both ended up settling into the cello.

As Charles became a better cellist and his song selection grew, "I just started to have a passion for it," he said. 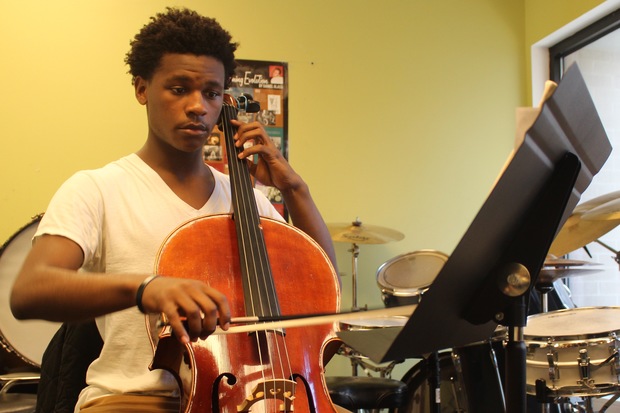 Isaac says he was drawn to the complexity of the string instrument.

"Not a lot of people play it and I wanted to be different. There’s a lot of drummers out there, there aren’t a lot of African American cellists," the seventh-grader said.

While The People's Music School was helping the Eubanks brothers achieve their goals, its own future was dangling like a broken guitar string after decades of providing students of all financial needs with free music education.

“If we would’ve had two more similar years like that, we would’ve closed," said Jennifer Kim Matsuzawa, the school's President and Artistic Director. "The deficit was 25 percent of our operating budget. We had to dip into our reserves pretty significantly. ... When I took over the situation was sort of perilous, but it was getting worse."

Kim Matsuzawa's admiration for the school began began when she first walked through the doors as a senior at Northwestern University back in 1996, she says. Though she was just an intern then, stuffing envelopes and cleaning rooms, the classically-trained pianist developed a close relationship with its founder Dr. Rita Simo, whom she affectionately labeled her "music mom."

Simo, a Julliard-trained classical pianist, founded the school in a vacant storefront in Uptown on Feb. 22, 1976 with just $625, a donated piano and the belief "that all children should have access to music education." The belief was inspired by the free education she received as a kid in the Dominican Republic, according to the school's website.

"[It] wasn’t just this fluffy organization that said they were transforming thousands of lives by just doing performances and exposing kids. They were actually transforming them," she said. "It was a small school, but what they did with every individual life was so admirable to me. It was really important work." 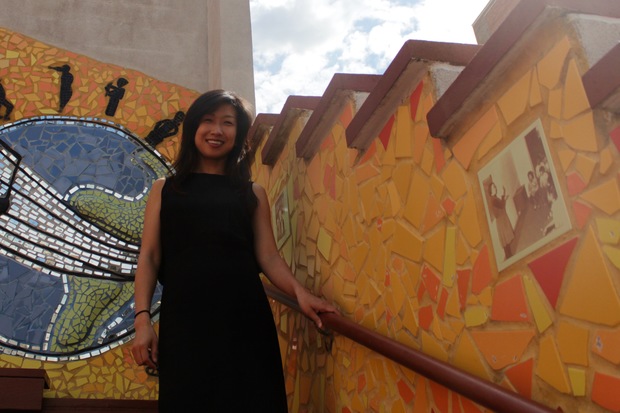 After graduating from Northwestern, she continued working at the school as a piano teacher for two years before leaving to pursue her master's degree in arts education and cognitive development at Harvard University.

After graduating from Harvard, she took a job at Bain and Company. Despite never taking an economics class and lacking business experience, "I found that I thrived" at the company, rising to become Global Director of Strategy and Innovation, she said.

In 2014, she would escape that world to lead the nonprofit in both artistic and administrative capacities, as Simo had once done. But along with the new title, she also inherited a $200,000 budget deficit racked up by expansion plans that fizzled and a number of staff resignations, including the executive director and director of development, according to a spokeswoman for the school.

"I knew what the school was going through and decided this could be the right time for me to actually leave that nest and come back home, in a way," she said.

A longtime fan of the school's work with a background in finance, Kim Matsuzawa was uniquely qualified to save it.

Tucked off Sheridan Road, between a nursing home and condo building on a narrow avenue behind Uplift High School, the People's Music School at 931 W. Eastwood Ave. might just be one of Chicago's most exclusive clubs — and one of its best-kept secrets.

Enrollment is so exclusive that those familiar with the school, which is billed as "the only tuition-free music school serving Chicago Metropolitan area children a free music education," have been known to camp out for as long as 6 days outside the building to land a coveted slot.

"That was in place for over 30 years. Not everyone waited for 6 days, but the people who really wanted spots were there early on," said Kim Matsuzawa. "We would have hundreds [of people waiting for spots]."

To cut costs, the school operates with a small staff and relies heavily on parent volunteers. While similar programs spend about $3,500 to educate each student, the People's Music School has been able to reduce that cost by $1,000 per student, a spokeswoman for the school said.

About 8 years ago, Joyce Matanguihan's mom stood for hours in the line to get her in for piano lessons.

"I don't know how long she waited, but I’ve known people who waited three days for it," said Joyce, a student at Loyola Academy. "I had a cousin that went here. She really liked it and made a lot of connections here. I’ve been listening to music all my life ... and I really wanted to learn an instrument." 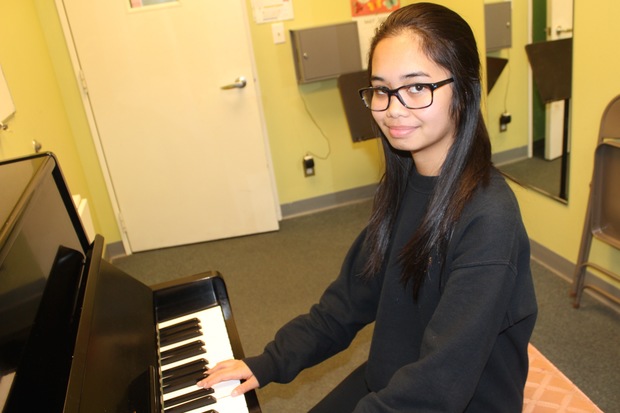 Though the line-up practice ended in 2012 when police deemed the camp-outs "unsafe," enrollment never dwindled, even as the school teetered toward financial disaster.

So, Kim Matsuzawa tried something unconventional to bolster the school's funds. She cut costs to the bare minimum (a level a spokeswoman called "necessary, but long-term, unsustainable") and instead of trimming back services, she cast the school into a sprint to expand them. The goal was to show potential donors — the People's Music School's primary funding source — that there was more work to be done, and that they could do it.

It worked: thanks to Kim Matsuzawa's "new, well-defined case for support, we secured donations from new funders and increased support from existing funders," closing the $200K budget deficit from 2014 by the end of August 2015 , a spokeswoman said.

"We knew that we always had the ability to grow because we had a waiting list. So we know the demand was there, we knew we had space," she said. "The school was always poised to grow. It was this gem that was hidden in the dirt. All it needed was some TLC, brushing off and people would see what an amazing program it was."

The program now has about 500 students with plans to expand to 1,000 in the near future, all while keeping the "transformative" model, which focuses on "changing lives" rather than exposure.

"If you enroll in our program, I know there’s change happening," Kim Matsuzawa said. "They're here up to 12 hours a week. I know we’re doing something for them... we’re closing the achievement gap, we’re lowering violence rates, we’re literally changing the trajectory of some of these kids' lives."

But even after "a gut rehab" of the program, something — or rather, someone — was still missing. While Simo was still involved with the school, she "wasn’t present in such a molecular way as she was before" she retired, Kim Matsuzawa said.

"Rita had retired about 10 years ago [but] her spirit was still lingering," she said. "She was this force of nature spirit who not only believed in the power of music, but also was an artist and would bring in the Chicago Symphony and all of these incredible musicians to infuse this space with artistry."

With the funding gap closed, Kim Matsuzawa says she'll now focus her efforts on infusing new life into the school by updating the equipment and adding technology into its system.

Joyce, who is now 15 and studies the piano and the harp, says she is already noticing the changes.

"It’s more scheduled, more organized and there’s more programs like the SLAM [Service Leadership and Mentoring] program," she said, adding the lessons have helped her build non-music skills as well. "It’s made me more organized and manage my time. I have to plan out when I have to study and do homework, and when to practice."

And who knows where that practice could lead her? Maybe Juilliard, perhaps Harvard.