CHICAGO — Lee McCullum Jr., a young man who talked about his struggle to escape violence on the city's South Side as part of a multi-episode CNN documentary in 2014, was shot to death early Thursday.

McCullum was the prom king of Fenger High School and appeared on the CNN documentary "Chicagoland," where he spoke of his time at the high school. He started with gang affiliations but ended up graduating as an honor roll student, athlete and prom king even though his family was homeless during his senior year.

“My two worries in life are not making it and not being successful and ending up on the streets being a bum," he said in August 2014. "And the second is I want to be a father that can provide for his family.”

At 12:37 a.m. Thursday, police found McCullum, 22, shot in the head, in the 500 block of West 126th Street, said Officer Ana Pacheco, a Chicago Police spokeswoman. McCullum was unresponsive and was later pronounced dead. Officials have not formally identified him.

McCullum had been shot before, with an August 2014 incident leaving him wounded. He said he was walking to get his bus pass when two men shot at him from a car a half-block away.

“Sometimes I feel like I’m only born to lose. Every time you try to skip out and do something good," he said after that shooting. "The more you try to do right, the more wrong come up on you. It’s hard to manage around that."

Just weeks before McCullum's death, he wrote of losing a woman he loved, Tiara Parks, on Facebook. Parks was shot to death on April 23 in Roseland.

"I ... just wanted to be better than any man u eva been with," he wrote the day after Parks was killed. "I even started putting u before I put myself. I was willing to go broke [and] be down to my last just to make you see that I loved you ... ." 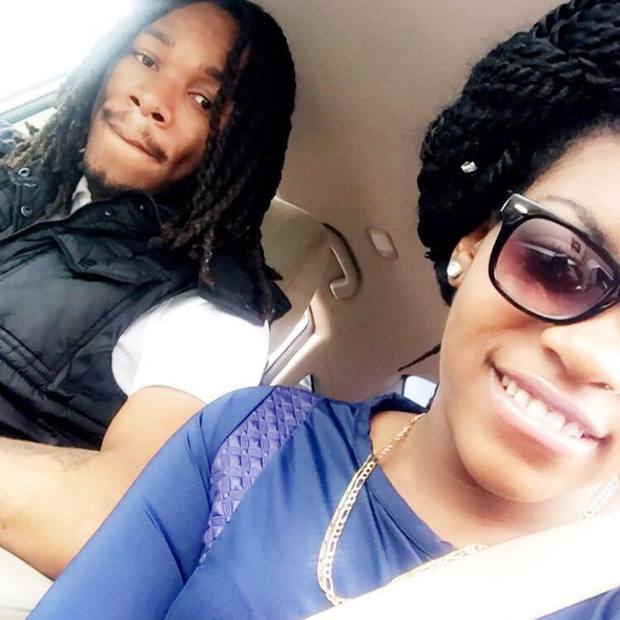 Hearing of Parks' death, McCullum's friends wrote to him.

“Lee was a very bright guy with a ton of potential," Attais said. "We picked him for 'Chicagoland' because, more than anyone, he was the most on the brink. He could go in one direction or the other. We filmed him getting college acceptance letters and he was motivated to go to college and had every intention of going. We filmed his graduation. Whatever happened [in his life] pulled him back to the streets and after that the outlook was pretty bleak. Not to say we saw this coming, but there are not many alternatives for young black men in his position, which is terrible to say.”

Lee McCullum Jr. was 20 years when he starred on "Chicagoland."

He grew up in Roseland gang territory called "The Ville” and by grade school already had enemies he had never even met.

McCullum, as seen on the series, had special teachers guiding him, and a high school principal, Liz Dozier, who treated him like a son.

“One day my third-grade teacher gave me a book and said, ‘Take this home with you and ask any of those gangbangers on the street who talk to you to read this book to you,' ” McCullum said, holding his wounded leg where a bullet remains lodged. “You know how many people was able to read it to me? Two. Two people. That’s it. And I knew that wasn’t right.”

On "Chicagoland," viewers learned of his transformative years at Fenger High, where, under principal Dozier’s guidance and tough love, he made a remarkable transition from being a gang-affiliated street tough hated by rivals to an honor roll student-athlete and prom king with his sights set on junior college, a first for his family.

“People think my senior year of high school I had it made because I looked happy. But they don’t know the whole time we were homeless as a m---------. We ain’t got nothing during whole year of high school. Nowhere to go,” he said. “We were living house to house. I still came to school every day, still made honor roll, still graduated.”

Dozier in 2014 said she knew McCullum was living in different places during his last year in high school, the same way about 54 percent of the Fenger student body still does.

During his senior year, and even after he graduated, Dozier pushed him to escape Roseland before the neighborhood violence that left at least three of his friends dead in a year’s time caught up to him.

He knew that he was a potential target, so he fled to stay with Downstate relatives, and even got a job at a box factory.

But it didn’t last.

He moved back to Roseland, got a job at a fast-food restaurant. He even started working out and practicing with the basketball team at Governors State University. GSU coach Anthony Bates said in 2014 that McCullum "impressed me with his skills," and that the "door is not closed for him" if he's able to recover from his injury.

In 2014, McCullum said he was finally putting together enough money to move out of Roseland to attend school when shots rang out near 115th and Yale.

‘My leg was smoking’

After spending the night before with his girlfriend, he got up about sunrise and headed to his grandmother’s house a few blocks away to check on her, as he usually does, before heading to work at the fast-food restaurant.

He said he forgot his bus pass and was headed to pick it up about 7 a.m. when two men in a car pulled over about a half-block away, got out and started shooting.

One bullet went straight through his thigh. A second bullet entered his lower leg, fractured his shinbone and didn’t come out.

“I didn’t know I was shot. I ran. I had to run. The bus pulled up, and I was gonna run toward it, but there were old ladies at the stop. I couldn’t run to the bus and have the shooter run behind me and everyone else on the bus gets what I got. So, I ran another way. They were chasing me, shooting.” 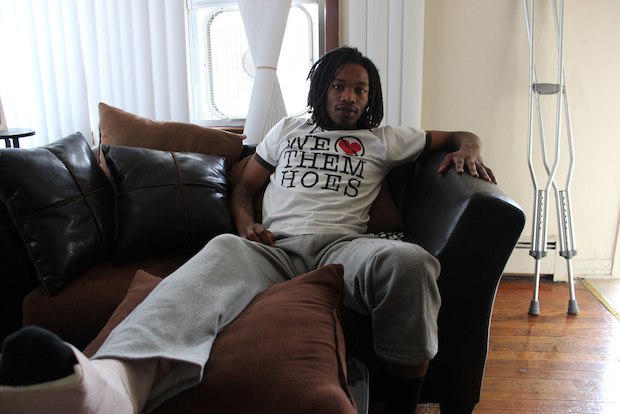 He made it as far as the alley behind his girlfriend’s place where he fell on his belly and crawled, arm over arm, closer to the back gate.

“I didn’t know I was shot until I looked down and raised my pants leg up, and my leg was smoking,” he said. “I crawled through the alley. I called my girlfriend’s mother and told her I was in the backyard, shot.”

His girlfriend and mother called police and ran to help him.

“My whole body was hot. Hot. I asked for water … and they tried to get me to drink it. I said, ‘Naw, pour it on me.’ I’ve never been so hot. Sweating bullets.”

Paramedics rushed him to Advocate Christ Medical Center in Oak Lawn, the nearest trauma unit on the South Side, where doctors treated his wounds.

In an interview after the shooting, he said "people don't know the struggle."

“There’s a lot, a whole lot [from my past] hanging over my head. You know it’s like I’m trying to escape the past. You see the door to get out, and there’s always something that prevents you from getting through that door. People don’t know the struggle. It’s like carrying a load. And it’s so heavy.”

No one was in custody in his murder.

RELATED: My 'Chicagoland' Takes a Hard Look at Our City