Chicago's Young Black Activists Don't Care If They Offend You

By Evan F. Moore |&nbspMay 10, 2016 5:33am | Updated on May 13, 2016 11:38am
@evanFmoore
Twitter Facebook Email More
After a series of victories, Chicago protesters and activists, past and present, look ahead.
View Full Caption
DNAinfo/Evan F. Moore

CHICAGO — Chicago's young black activists don't care if you're offended by them.

For the young people taking to the streets as members of Black Lives Matter, Black Youth Project 100, Assata’s Daughters and many others, now is not the time to plan protests with Mayor Rahm Emanuel or chat with President Barack Obama.

Those days are over.

Last month, thousands of teachers and their supporters gathered after a one-day strike at the Thompson Center, where activist Page May shocked the crowd by taking the stage after Chicago Teachers Union President Karen Lewis and shouting, "F--- the police." The union faced major backlash after the remarks, and leaders ultimately distanced themselves from May's comments. 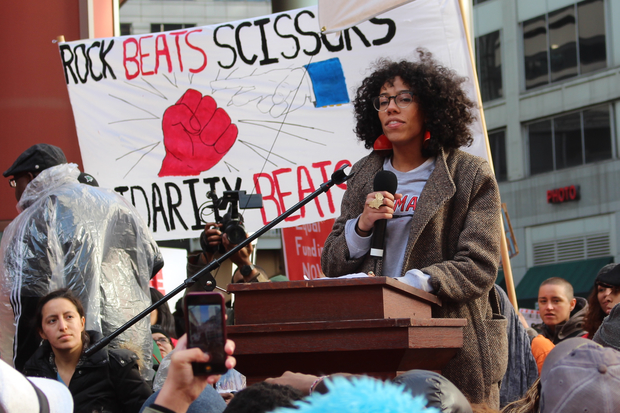 "They don't get to co-opt our momentum and not be confronted with our ideological differences," May said. "I can't speak for the teachers union as an institution. I am very explicitly interested in liberation for black people [and all people], what has yet to be seen is is [where they stand]."

The tactics of Chicago's young black protesters have been criticized by some, but civil rights icon Timuel Black says that passion and rejection of the status quo is precisely what the movement needs.

"I love what they are doing. They are imitating those before them like Paul Robeson, W.E B. DuBois, and Martin Luther King," Black told DNAinfo. "They are carrying on the spirit of their ancestors. If you're for sale, someone will buy you."

'No Faith' In The System

At 98 years old, Black has been fighting racism his entire life. He's friends with President Obama, advised Martin Luther King Jr. and now lectures at the University of Chicago. He's lived through many eras in Chicago, but things haven't actually changed very much.

The "parallel institutions" that thrived after the abolition of slavery still exist in the extremely segregated city today.

"We controlled the economics in our community even though in some cases we didn't own the stores," Black said, discussing what occurred when black families moved from the South to Chicago during the Great Migration. "We created our own funeral homes and cemeteries. Also, we voted for people who represented us. We were a city within a city." 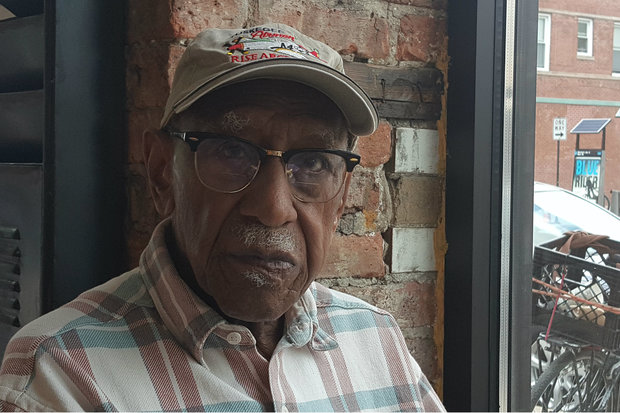 "From my experience, the history of electoral politics has no interest in black liberation," Preston said. "We're seeing the failure of our government to pass a budget to fund [schools]. It's ridiculous when they talk about the values of education. I have no faith in the two-party system. What politicians have spoken out on issues that represent our community?"

Battle Of The Protesters?

Young activists have seen success in recent months: They helped get the University of Chicago to finally agree to add a trauma center, helped Kim Foxx win the nomination for Cook County State's Attorney and were among the groups that shut down Donald Trump's Chicago rally. 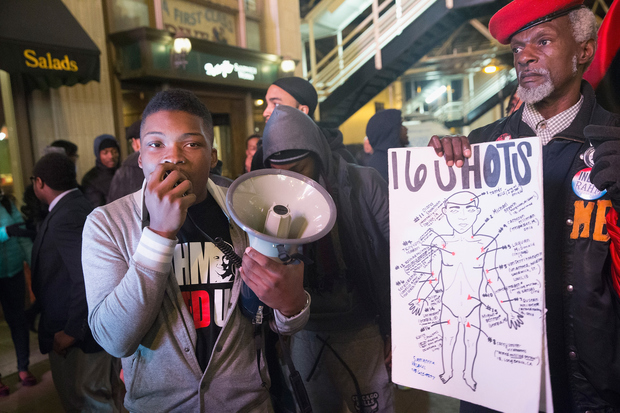 But they didn't do it alone, other activists say.

Mark Allen is another longtime Chicago civil rights activist. When he first got involved, protesters would ask black business owners to assist them in funding the movement. He says the current group of activists are learning from the mistakes made by the previous generation of agitators. Some of those mistakes include feuds between similar movements.

“I think they are in the process of really learning exactly what those mistakes were and how to adjust. A lot of verbal stories versus real strategic data,” Allen said. “Many young people used to say old people marched too much, yet the youth ended up using that very tactic to bring attention to their issues.”

As a youth, Preston was inspired by sermons by Rev. Jeremiah Wright at Trinity Baptist Church. But he said things that worked in the past simply are no longer effective.

"They've got some things done but they advocate for the very establishments that are incarcerating and gentrifying black communities," Preston said. "They're not grassroots organizing, canvassing, or politically educating our communities. However, they're are telling us to vote and follow them. I don't believe in that."

Veronica Morris Moore, a youth organizer with Fearless Leading by the Youth and the Trauma Center Coalition, says there’s no competition between the current groups of protesters.

“I don’t think there’s a need for us to keep up with each other. We work together in a coalition. This isn’t capitalism,” Moore said. “We challenge each other and help each other develop. What we do as young, black organizations is to challenge the larger society about social justice and politics. Ultimately, our goal is to encourage liberation.”

Minister/activist Pierre Keys agreed, and said that while Black Lives Matter might get a lot of headlines, they aren't the only people working.

“Although [Black Lives Matter] and other organizations participated in helping stir the pot, they are not the organization responsible for Foxx's win or the release of the Laquan McDonald tape,” Keys said. “I think we need to lift up those individuals and organizations that may not be affiliated with BLM."

Preston believes that his elders actually got it right, but got off track at some point.

"Our biggest gains as black people have come from us constantly challenging and bucking against the system, not advocating for the 'black vote,' " he said. "Civil disobedience was common in the 60's and it brought about our major wins. Now our establishment activists have transitioned from protest to the political arena."

May backs Preston's claims about their elders.