NORWOOD PARK — A 95-year-old Army veteran who was a member of the elite jungle fighting group known as Merrill's Marauders will serve as the grand marshal of the Norwood Park Memorial Day Parade Monday.

Retired Army Cpl. Morris Factor, who fought Japanese soldiers in India as well as Myanmar — which was once known as Burma — might be the last surviving member of his unit in the Chicago area, which rose to fame after its exploits under Gen. Frank Merrill were chronicled by a reporter for Life magazine.

Leading the parade will be the latest in a long line of accolades for Factor, who named the chance to throw out the first pitch at a White Sox game in October as his favorite.

"I still remember the roar of the crowd," said Factor, who grew up on the West Side. "That was a day to remember." 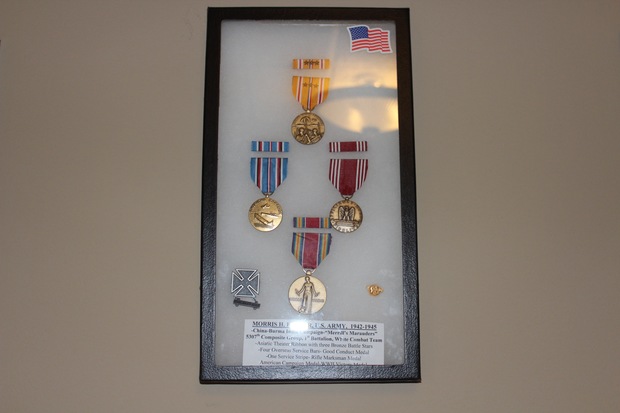 Factor's room at Norwood Crossing is decorated with his framed medals and combat ribbons. [DNAinfo/Heather Cherone]

Of his time fighting with his unit, Factor recalls his "hard as nails" commanders who marched their troops over a mountain into Myanmar to attack Japanese soldiers.

"We fought even though we were outnumbered," Factor said, recalling how his unit traveled on mules carrying hand-held machine guns.

Thousands of Japanese soldiers died during those battles, as did 90 percent of Factor's unit.

"It was very sad," Factor said, recalling he also had to fight the elements. Leeches crawled up his legs, and he suffered from malaria and dengue fever.

Once the Army had prevailed in Southeast Asia, Factor was ready to head home.

"I got off the boat in Los Angeles and bent down and kissed the ground," Factor said. "People don't know what we have here. We should all be grateful." 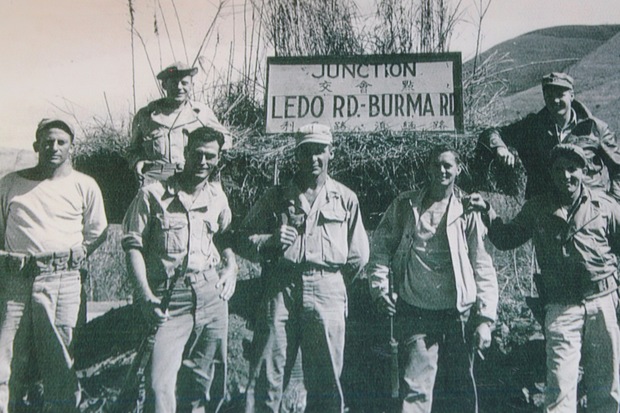 Factor, r., with fellow soldiers in Myanmar, which once was known as Burma. [Courtesy Morris Factor]

Once the war ended, Factor married his childhood sweetheart, Geraldine, and worked as an auto parts and window treatment salesman. He raised a son in Evanston and three grandchildren. He has lived in Norwood Crossing, a long-term care retirement community, for two years.

"I enjoy the programs," Factor said. "I'm always up in front."

Factor was picked to serve as the parade's grand marshal to thank him for his service and honor his commitment to America, said organizers with the Norwood Park Chamber of Commerce, which sponsors the parade.

At 12:15 p.m., a veteran tribute ceremony, flag ceremony and performance by the Taft Eagles Choir and the Drum and Bugle Corps will take place, organizers said.

The winners of the 2015 Norwood Park Dollars for Scholars $500 tuition awards will also be announced, organizers said.