EDISON PARK — The last several months have given Pamela Lasch a much deeper understanding of the meaning of the word bittersweet.

Lasch, the president of the congregation at Edison Park Community Church, was heartbroken to see her beloved church sold and torn down just before Easter after several years of dwindling membership and escalating costs.

"It was a beautiful building," said Lasch, a real estate agent who brokered the sale of the property at North Shore and Oketo avenues. "It was the hardest thing I've done in 30 years."

Four single-family homes are under construction on the land where the church stood for 87 years. 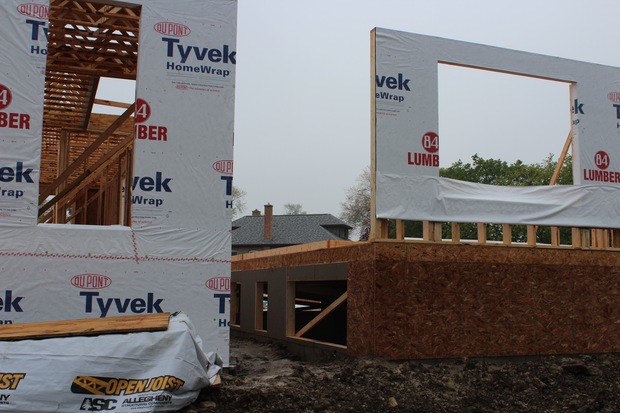 But that wasn't the end for the faith community, which now meets in the party room of The Pick restaurant in Park Ridge. The Protestant church is part of the United Church of Christ, which allows each church's members to own its own buildings.

"This is definitely a bittersweet day," Lasch said.

That meant the proceeds from the sale belonged to the 30-member congregation, and it was up to them to decide what to do with the proceeds of the sale, which totaled $740,000.

"It was such a windfall for us, and we wanted to be very careful in what we as a group decided to do with it," Lasch said. "We wanted the money to go to charities that wouldn't spend the money on administration or salaries."

The group made its first big donation Sunday, giving the Greater Chicago Food Depository $100,000 to help feed the one in six residents of Cook County who struggle with hunger everyday.

Kate Maehr, the executive director of the food bank, said it was "staggering" to get a call from the congregation and learning they wanted to give the organization $100,000.

"We don't get many phone calls like that," Maehr said. "I can't even express how grateful we are." 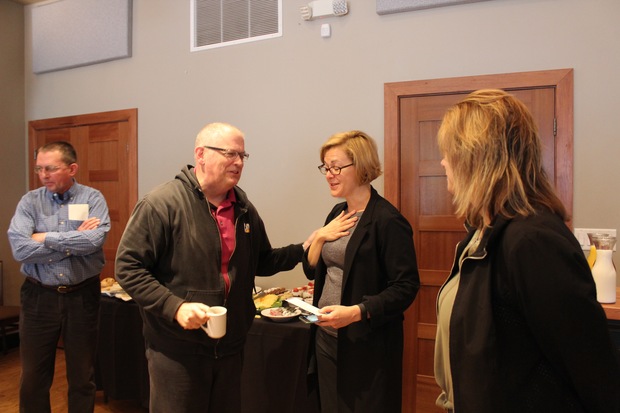 Kate Maehr, the executive director of the food bank, becomes emotional as she accepts the congregation's $100,000 donation. [DNAinfo/Heather Cherone]

The church members have also decided to donate $100,000 to the United Church of Christ's disaster relief efforts, with half set aside for international work and half for projects in the United States, Lasch said.

Another $25,000 has been earmarked for the Rainbow Hospice organization, which provides palliative care to terminally ill patients.

The church members also plan to give $50,000 to PAWS Chicago, a no-kill shelter in Lincoln Park in memory of the church's longtime custodian Tom Vollman, who died in 2013. Vollman boarded dogs, and loved all animals, Lasch said.

For church member Bob Hack, the knowledge that the proceeds from the sale of the church's land will have an impact across the city.

"The bottom line is that we are still helping people," Hack said. "As sad as it was to lose the building, it is nice to see that other lives will be touched far beyond our neighborhood." 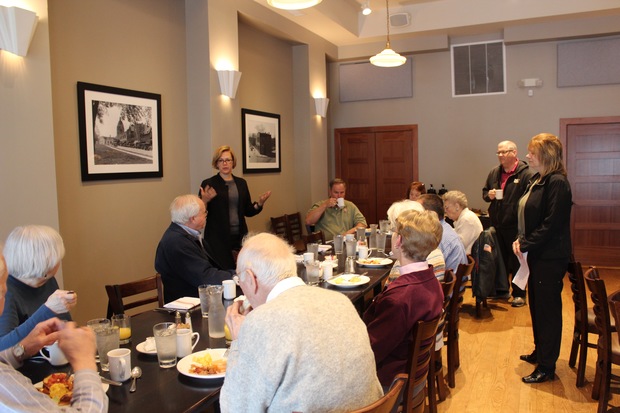 Kate Maehr, the executive director of the food bank, told the Edison Park Community Church congregation that one in six residents of Cook County struggle to get enough to eat. [DNAinfo/Heather Cherone]