Coyotes Should Be Enlisted In City's Rat War, Not Trapped, Alderman Says

CITY HALL —  Why chase and trap city coyotes when they're our ally in the ongoing battle against rats?

That's the thinking of a North Side alderman who is proposing the city alter its policies toward coyotes to tolerate and contain the rat predators.

Ald. Brian Hopkins (2nd) submitted a proposed ordinance at Wednesday's City Council meeting to create a "coyote management program." It would call on the executive director of the Department of Animal Care and Control to "establish and adopt" such a program and a "response guide" that would allow for "using lethal force only in the event of an incident or an attack." 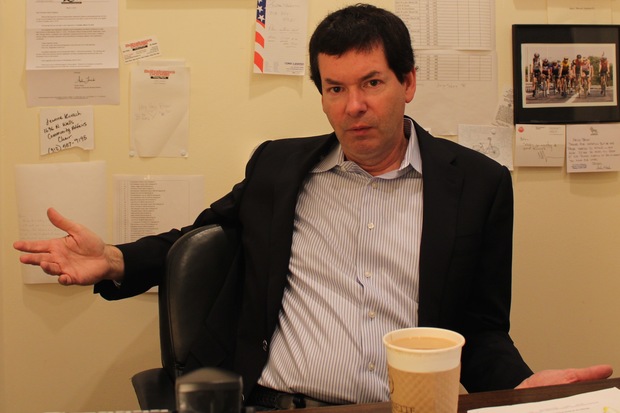 "There are more urban coyotes thriving in the Downtown area than people realize," Hopkins said Thursday. "This particular breed of coyote that lives in concentrated, high-density areas full of people, they have adapted to avoid people. They only come out to hunt in the wee hours of the morning, and you rarely see them.

"They've gotten so good at hiding in plain sight," he said of the animal nicknamed the "ghost of the prairie."

The proposed ordinance arrives about two months after a coyote found its way into a Streeterville lot:

Why then, Hopkins asked, chase them around when they generally do no harm and serve a public good in preying on rats?

Hopkins pointed to the recent vogue feral cats have enjoyed in addressing the city's rising rat problem and said, "Coyotes are even more effective predators for rats. They'll keep the rodent population in check."

Hopkins said he was moved to action a couple of weeks ago when he saw Animal Control officers chasing a coyote that had been spotted in Streeterville on the border between the 2nd and 42nd wards, between Lake Shore Park and a vacant lot owned by Northwestern Memorial Hospital. They pursued it for an hour, unsuccessfully, and what, he thought, was the sense of that?

"There's really no reason to attempt to trap the animal," he said. "He hasn't been back since.

"Because they've gotten so good at avoiding people, they rarely pose a nuisance problem," Hopkins said. "They typically do not threaten people or pets, especially on a leash. If there's a human being nearby, they tend to avoid.

"The best thing to do in 99 percent of the cases is leave the animal alone," he added. "Don't try to harm it, trap it, tranquilize it — leave it alone."

With people calling Animal Control to report coyote sightings and asking what to do, Hopkins suggested the city codify that "the default setting is to leave them alone."

His ordinance, of course, makes exceptions for injured animals or those displaying aggressive behavior. It also allows for what's called "hazing" — basically herding coyotes away from areas where they're unwanted through loud noises, the waving of flags or other tactics intended to "convince the animal to find another place to live."

He said, "It triggers their response to get away. They don't like being approached."

The ordinance was assigned to the Health Committee, and Hopkins expects to hold hearings inviting coyote experts in to discuss the animal's behavior and how similar hands-off policies have worked elsewhere.

Yet he doesn't expect unanimity on the subject, saying, "We've already received a lot of opposition from the roadrunner lobby."