DOWNTOWN — A big development has displaced Downtown's "tent city," but some of the homeless living there have moved just south to a tract of land once owned by disgraced developer Tony Rezko.

A handful of tents have sprouted this month at the riverfront site just south of Roosevelt Road after a developer cleared out an old encampment near the Old Main Post Office. The new, smaller tent city is farther away from the Loop than the old one, but also quieter, residents say.

"Don't have to listen to nobody out here," said Ryan, who declined to give his last name. 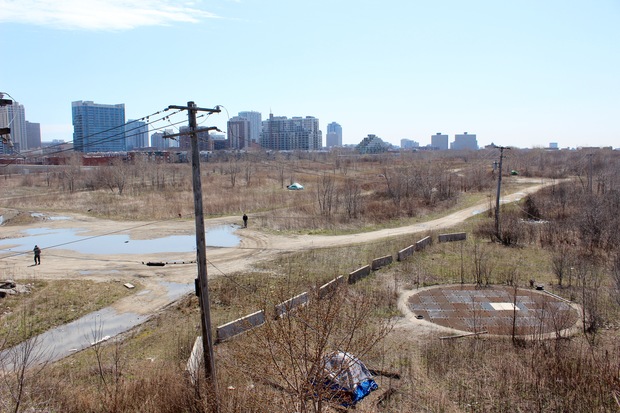 An aerial shot of the 62-acre site at Clark and Roosevelt, where a handful of tents have popped up in recent weeks. The field was once owned by incarcerated developer Antoin "Tony" Rezko. [DNAinfo/David Matthews]

Ryan, 35, has been living at the vacant field at Clark Street and Roosevelt Road since April 1, when men in bulldozers swarmed the former tent city a few blocks north and demanded the homeless living there leave. That site at roughly Harrison and Wells streets is being prepped for a massive, eight-building project called Riverline slated to bring 3,600 new homes here.

The old tent city was a familiar Downtown sight, with about 30 riverside tents inhabited by people who preferred living there to nearby shelters. Sometimes police would swing by and hand out food, Ryan said.

The people living in that tent city panhandled Downtown during the day, but they dispersed all over the city once the encampment was broken up, Ryan said. A handful moved south to the former Rezko site, but many more have unknown whereabouts. 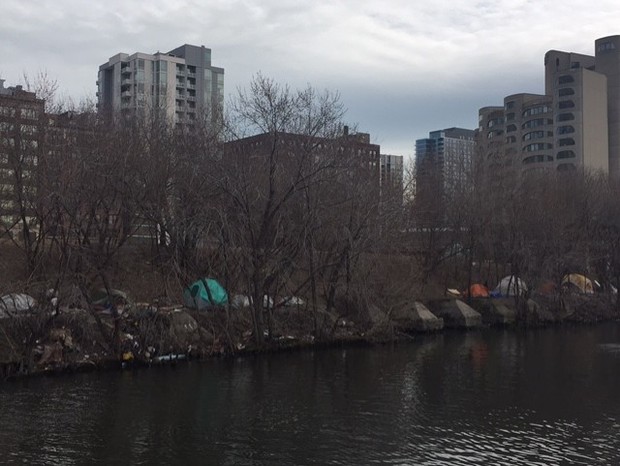 The old tent city near Harrison and Wells streets.

More than 282,000 people registered for the CHA's waitlist in late 2014, the last time application figures were reported. The authority said in February there are more than 120,000 people on the waitlist, though not all of them are homeless.

Ryan, who's been on the street since November, suggests the city give every homeless person $1,500 in an attempt to "get them on their feet."

Rezko, the incarcerated developer and political fixer, received city approval to build as many as 4,500 homes on the huge field south of Roosevelt Road, but he sold the property to a Luxembourg-based conglomerate in 2005. Nothing has been built. Mayor Rahm Emanuel in 2014 threatened to seize the property via eminent domain, but Related Midwest — a prolific developer that also owns the former Chicago Spire site — signed a letter of intent last year to acquire the land for its own development.

Ryan, who like his tent city neighbors also panhandles during the day, doesn't like the change of scenery, but said he's gotten used to it. He's not worried about any future development at the site forcing him to pack up and move again. 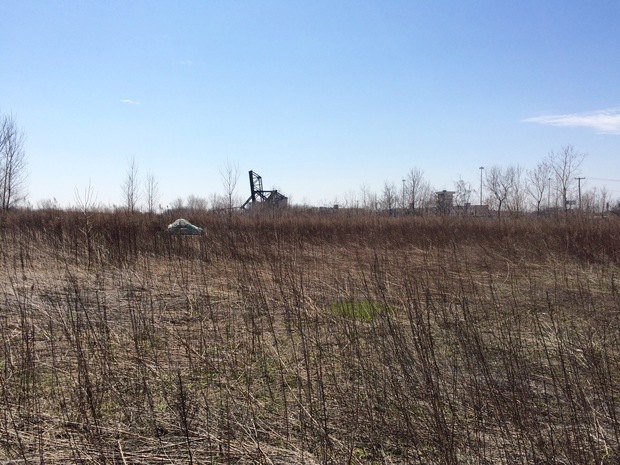 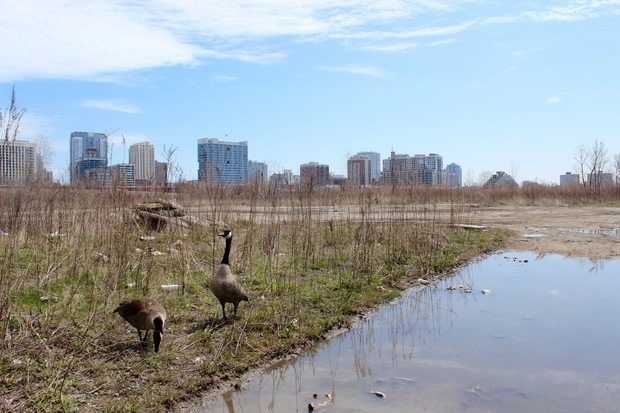