STREETERVILLE — City officials unveiled a new vision Wednesday for Streeterville's Seneca Park, one that pays homage to the Old Water Tower and firehouse nearby.

The quaint park off Michigan Avenue would receive new playground equipment, wavy benches and more open space under a plan shown to neighbors by Ald. Brian Hopkins (2nd). The roughly $3 million proposal aims to reinvent a park that, despite its high-profile location, is mainly surrounded today by an imposing six-foot-tall fence.

"If parks had a mission statement, Seneca Park top to bottom would check the checklist of what a public park should be," Hopkins told neighbors at the Ritz-Carlton hotel, 160 E. Pearson St. "The goal is to have Seneca Park do what it does, but better." 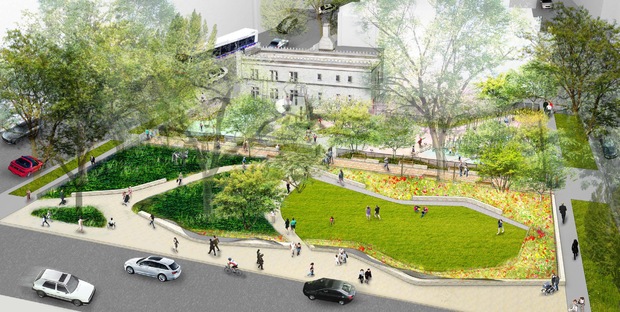 Under the plan, most of the park's fence would be replaced by an undulating "seat wall" that establishes new park boundaries. The park's Eli M. Schulman playground — named after the founder of Eli's Cheesecake — would sit on top of rubber instead of mulch, and get new playthings including a tire swing set, slides embedded into the side of manmade hills, and chutes and ladders out of a 10-foot-tall structure inspired by the fire station and Old Water Tower nearby.

Meanwhile, adults would get to lounge in either a "shade garden" or "sunny lawn" at the eastern end of the park facing the Museum of Contemporary Art, 220 E. Chicago Ave. The park's existing memorials to Schulman, firefighters and others would remain.

"We think this is something that's going to be really special," said Ernie Wong of Chicago-based Site Design Group, which along with landscape architect Maria Smithburg is behind the redesign. 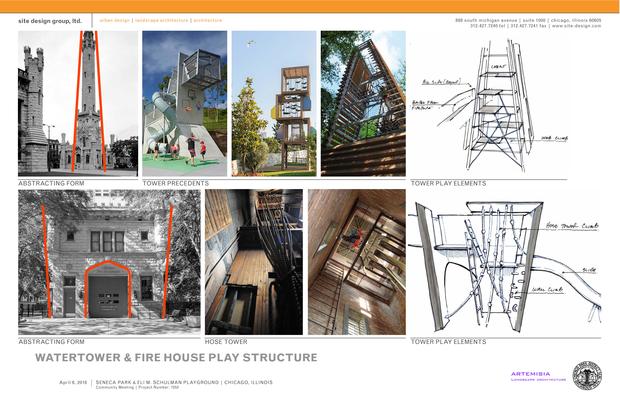 A sketch of a playground tower inspired by the Old Water Tower and Fire Station No. 98 off Michigan Avenue. [Site Design Group; Maria Smithburg]

Seneca Park first opened in 1990 across the street from Eli's The Place for Steak, the precursor to Eli's Cheesecake. The project then cost $475,000, all but $75,000 of which was raised privately, said Marc Schulman, Eli's chief executive and president of the Seneca Park advisory council.

There's no timeline for the park's redesign because city officials believe that project will also mostly require private fundraising. Once approved by the Chicago Park District and funded, though, the park's redesign could take as little as six months, Wong said.

The project's reception was mostly positive Wednesday. One impressed neighbor was Luke Alexander, who thought the open redesign would be much more welcoming to guests at another park neighbor: Lurie Children's Hospital.

And to Schulman, changing Seneca Park like its changing environs is the whole point.

"It's something I hope and want the community to like," he said.

Click through the slideshow above or scroll down below for more images of the park as it looks today and could appear in the future: 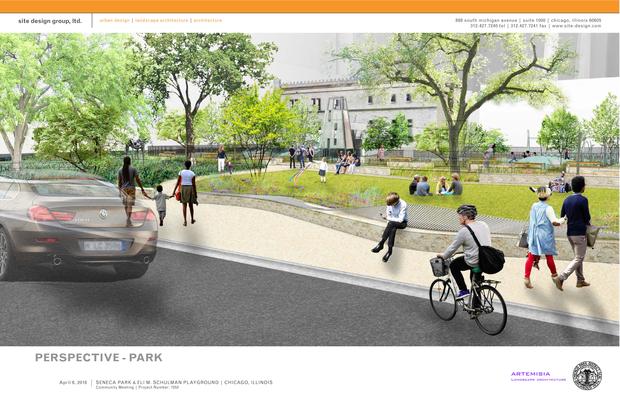 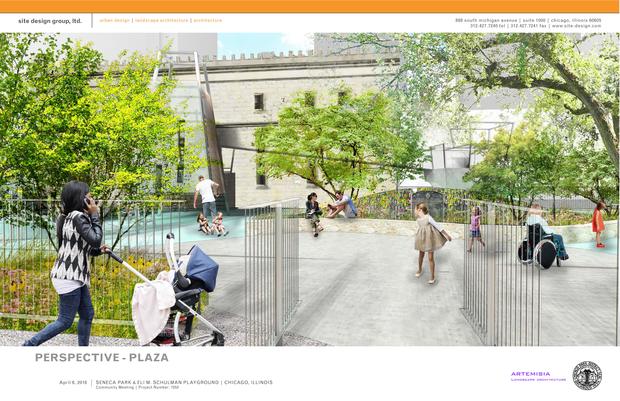 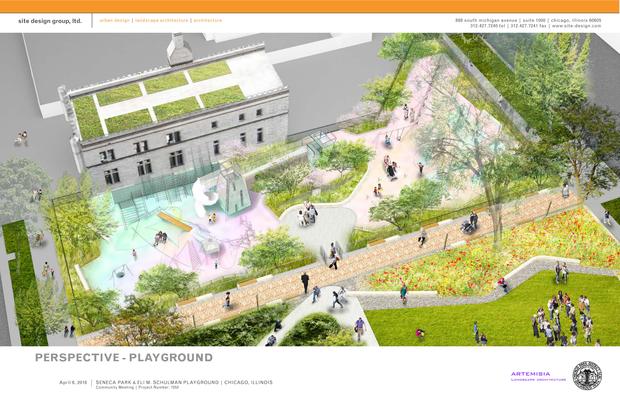 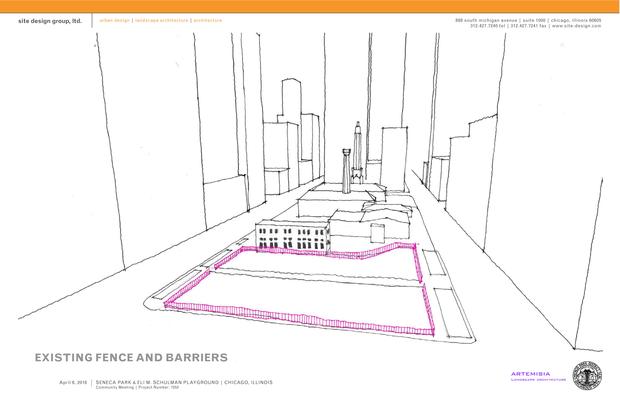 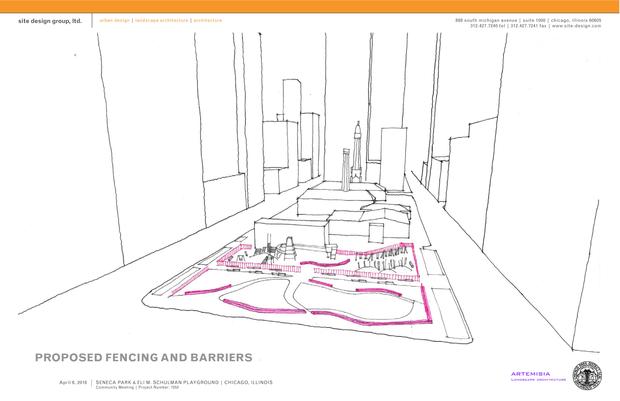 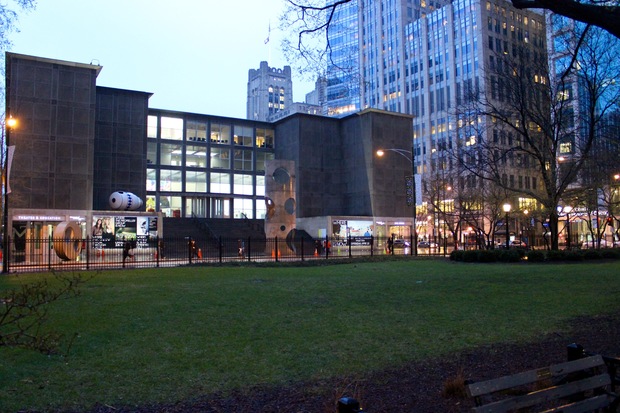 Looking east toward the Museum of Contemporary Art from the park Wednesday night. [DNAinfo/David Matthews] 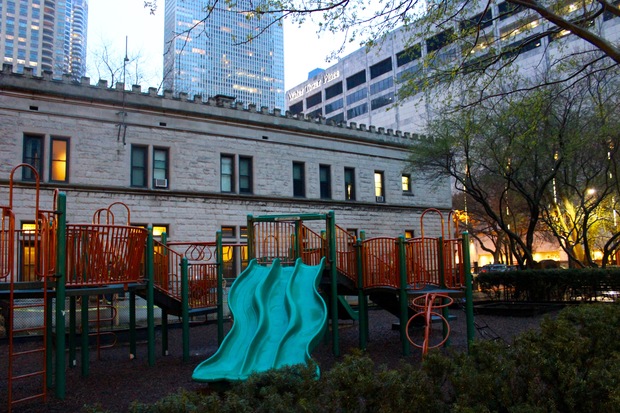