DOWNTOWN — The restaurant proposed last year for Maggie Daley Park was meant to bring the outdoors in. Now it'll be mostly outdoors, anyway.

Here's a first look at the slimmed down Maggie's at the Park, a glass box that's now half the size it was when introduced last year. After many delays, city officials will consider the glassy eatery later this month for the southern end of the year-old Downtown park.

Chicago-based Four Corners Tavern Group signed a lease last year for the restaurant and intended to open it by the end of 2015, but the project at 352 E. Monroe St. was held up amid concerns from neighbors and Ald. Brendan Reilly (42nd).

The new design "probably fits better into a park setting," said Bob O'Neill, president of the Grant Park Conservancy. "It'll probably be one of the few places in Grant Park with a lot of outdoor seating." 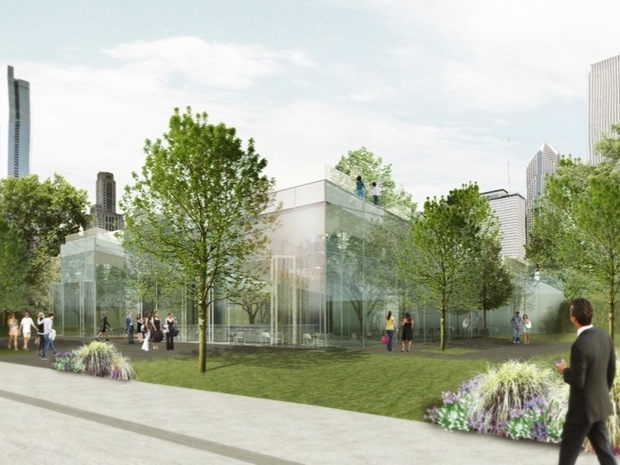 The restaurant would still include public bathrooms and a green roof with views over Grant Park and Buckingham Fountain, but set back deeper from Monroe Street.

The number of trees that had been planned for the roof has been reduced under the new proposal. O'Neill likes the new plan but is pushing for more trees. An outdoor-focused restaurant may also be more susceptible to Chicago weather, but O'Neill called the new plan a "great compromise."

"In the wintertime the park is dead, and we need more people," he said. "It’s better now though because Maggie Daley Park is wildly successful and so is Millennium Park."

Reilly, whose ward includes Maggie Daley Park, did not immediately return a message. Reilly "spearheaded" design changes that delayed the restaurant's opening, according to the Tribune.

The restaurant's new blueprints have been shared with park groups in advance of this month's meeting of the Chicago Plan Commission, which will vote April 21 to approve or deny the new restaurant plan. Four Corners could start construction upon receiving commission approval.

Ryan Indovina of Four Corners, a Chicago chain with bars including Schoolyard in Lakeview and Benchmark in Old Town, declined to comment on the smaller restaurant proposal. Architect Ernest Wong of Site Design Group declined to share new renderings, saying they weren't ready yet. A park district spokeswoman and Chicago-based SPACE Architects, which are also involved with the project, declined to comment. 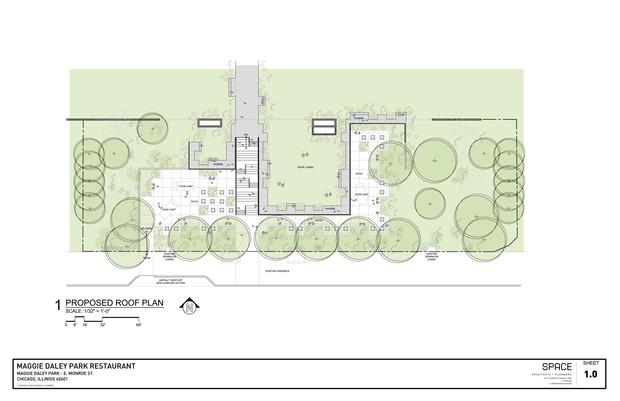 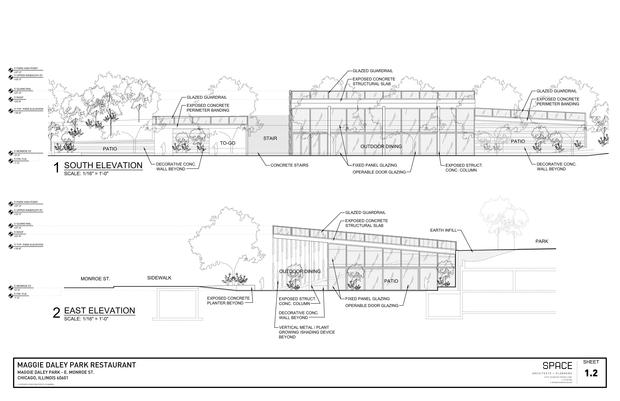 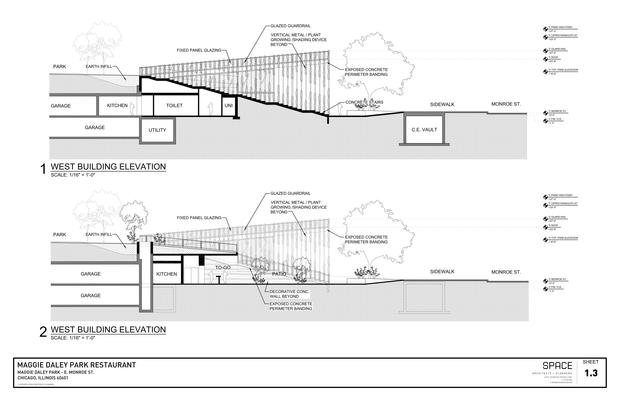 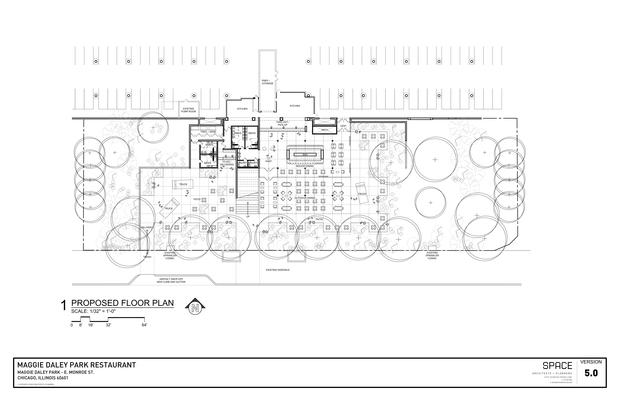