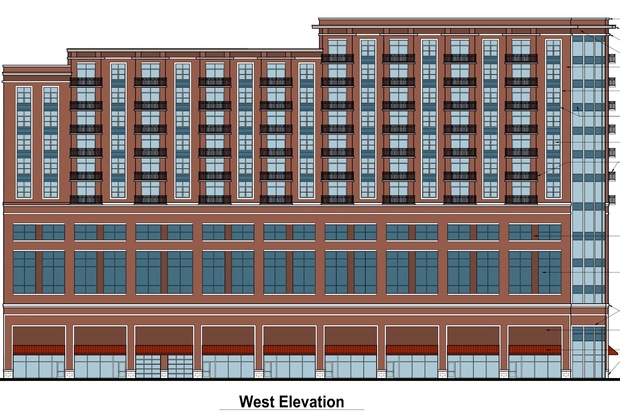 JEFFERSON PARK — A 13-story tower set to be built on what is now vacant land in the heart of the Jefferson Park Business District would grow to 103 apartments based on the recommendation of city officials, Ald. John Arena (45th) said.

City planning officials recommended earlier this month that the northern end of the building at 4849 N. Lipps Ave. be lowered to allow the building to "step down" to the transit center, Arena said. 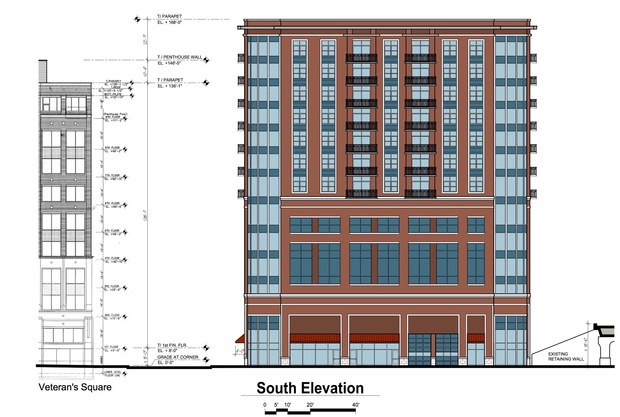 In order to build approximately the same number of apartments, shops and parking spaces, the building's southern end at Ainslie Street and Lipps Avenue would be raised, creating a 13th story, Arena said.

As part of the redesign of the building, the number of apartments set to be built will grow from 96 to 103, Arena said. In addition, the number of parking spaces will drop from 265 to 250 in order to allow a separate elevator to be built for residents and another for those using the parking garage, Arena said. 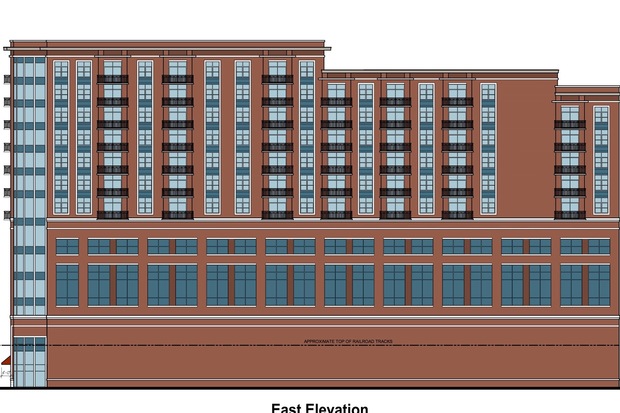 Arena said the change would not be significant, since it would still fit in with the height of the nearby 10-story Veterans Square office building and the Copernicus Center. The proposed building would be buffered from nearby residents by the Kennedy Expy., Metra railroad tracks and the transit center, the alderman said.

The project needs special permission from city officials, since the property, which has been vacant for more than a decade, was once home to a cement mixing firm. It must be rezoned to allow people to live there, officials said.

Critics of the project say it is too big, too tall and too dense for Jefferson Park, where most residents live in single-family homes or two-flat apartment buildings.

Arena has said the project strikes the "right balance" and will help revitalize the Jefferson Park Business District.

The Chicago Plan Commission is expected to consider the development at its June meeting, said Owen Brugh, Arena's chief of staff.

The development at Ainslie Street and Lipps Avenue is one of three developments in the area working their way through the city's approval process.

In the 38th Ward, Ald. Nicholas Sposato said he has given his approval to a plan to build 24 townhomes and 48 indoor parking spots near Lawrence and Austin avenues on the Jefferson Park-Portage Park border.

Anything would be better than having a vacant lot at such a high-profile corner, Sposato said.

A plan to build 24 apartments as well as shops fell apart a year ago. The current plan has no commercial space, officials said.

Back in the 45th Ward, Arena will support a plan to build a two-story, five-unit building at 5629 W. Higgins Ave.

The proposal drew opposition from the Jefferson Park Neighborhood Association, a group that frequently criticizes the alderman, for being too dense and not having enough parking.

The development will replace a single-family home.

Arena asked the developer to reduce the number of units, who declined, saying it would render the project not financially feasible, Brugh said.

The project is not unreasonable, given the fact that it is on a major street, and will move forward to the City Council Zoning Committee, Brugh said.