Can Strategy That Brought Gotham Greens to Pullman Help Revive South Side?

PULLMAN — Gotham Greens CEO Viraj Puri helped blaze a trail when he put the world’s largest rooftop farm atop an environmentally friendly soap factory on the ruins of a steel plant on the Far South Side.

But it’s not just the patent-pending agricultural assembly line — a high-tech process that produces more lettuce and herbs than a 50-acre farm and delivers the leafy greens to local restaurants and grocers within just 24 hours after the hydroponically grown roots get clipped — that’s groundbreaking.

Gotham Greens' symbiotic relationship with Method, the soap manufacturer downstairs from the farm, on land abandoned by heavy industry might not have happened if not for a developer with a community revitalization mission: Chicago Neighborhood Initiatives.

Before getting a tour of the giant rooftop operation that has gotten loads of attention for its size and strange location, Puri talked with me Tuesday about Gotham Greens’ success clearing hurdles that can often block redevelopment.

“If it weren’t for Method and CNI streamlining things … the process of operating here in the city would have been very daunting,” Puri said. 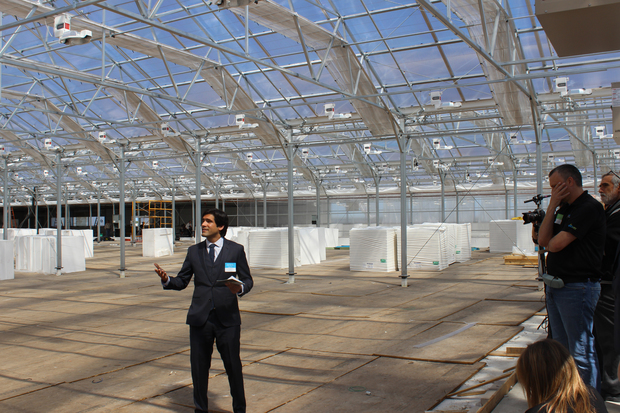 So far, Chicago Neighborhood Initiative’s Pullman Park development has attracted a mix of retail and new industry to Pullman Park that has eliminated a food desert, created thousands of jobs for locals and continues to spark interest from major hotels, restaurants and manufacturers. The neighborhood initiative already is on the hunt to build a new home for the Chinese firm that recently won the $1 billion contract to build CTA train cars.

But just a few years ago, businesses weren’t at all interested in the 200-acre Pullman site, which started to bloom while similar swaths of abandoned industrial land on the Southeast Side — the 560-acre USX site in South Chicago recently ditched by big-time developer McCaffery Interests, for instance — remain undesirable.

Now, Puri said, there should be little doubt about one secret to Pullman Park’s success — a developer that has the community’s interest at heart.

“Having a partner like CNI helps because they understand zoning, permitting here. They know the history of the land and have done some due diligence … and a partner like that introduces you to community members. It’s through them that we met the alderman, the Greater Roseland Chamber of Commerce and … people who have lived here for generations,” he said.

“Very often private developers and businesses sidestep that … I think there needs to be more of that.”

“I think that where some developers go wrong is they think they have the best plans. They think they know what the city needs,” Doig said. “And instead of hearing from the community and listening to them, they go with their own plans and it doesn’t always work so well.”

When Pullman Park planning began in 2008, folks told Doig their top priorities were scoring a safe place to shop and buy groceries, affordable housing and jobs. They wanted well-paying jobs.

“Knowing that really allowed us to focus, and our site became unique because of it,” Doig said.

“And for us, it became all about jobs. A lot of problems in the community — crime and gangs — it goes away if more people have access to jobs. And part of our success is our commitment to see this thing through when a lot of developers want to finish their one project and move on. ... I think there are many areas in the city where our strategy can be replicated.”

For Puri, knowing Gotham Greens could join an effort to have a positive influence in a struggling part of Chicago was part of the appeal of putting down roots here, so to speak.

“And there’s something about building in an area that’s been underserved for so long. It’s very rewarding. … People will rally around it. … This area is going through this revitalization. It’s important for us to be part of the urban fabric.”

He has hired 10 workers from Windy City Harvest, a vocational training program for young adults interested in agriculture at the Chicago Botanic Gardens, and has developed strong connections to the Greater Chicago Food Depository and a handful of local agriculture-centric non-profit groups.

While those community connections are important, Gotham Greens’ main goal remains to make green — money that is.

Puri says he’s a firm believer that his city-centric business plan can work in Chicago and other major cities by catering to a growing number of modern eaters who prefer “locally grown” produce to greens shipped from thousands of miles away.

But here’s the reality: Big city farming is more expensive — at least 10 percent pricier than setting up a suburban or rural operation — and presents additional hoops to jump through.

“It’s really cool to be here. Being in the city pushes the boundaries of architecture, engineering and urban design,” Puri said. 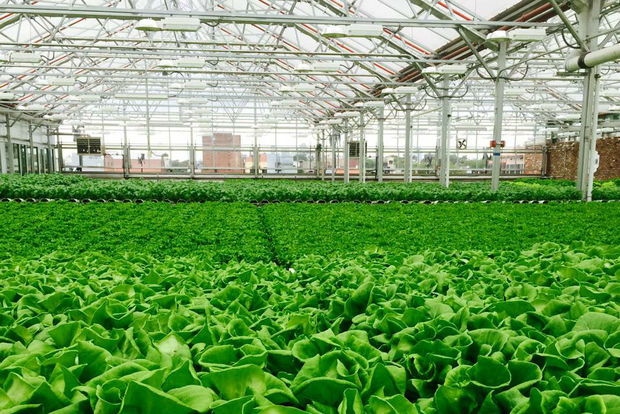 A view inside a Gotham Greens greenhouse. [Provided]

“But we’re a business at the end of the day, and if it makes more sense to locate next to a big [grocery] distribution center in Munster, we can do that and still serve locally grown food [in Chicago].”

When it comes to courting industry, Chicago has struggled to compete with Indiana and suburban towns for a long time.

Puri said Doig’s "community first" development strategy might be just the right thing to give Chicago an edge.

“There absolutely needs to be more CNIs,” Puri said. “Their process needs to be replicated because it is what got [Method], which was looking at 40 or 50 sites, to pick this needle in a haystack.”