Is The 606 Legally Open to Late-Night Biking? Police Say No, Bikers Say Yes 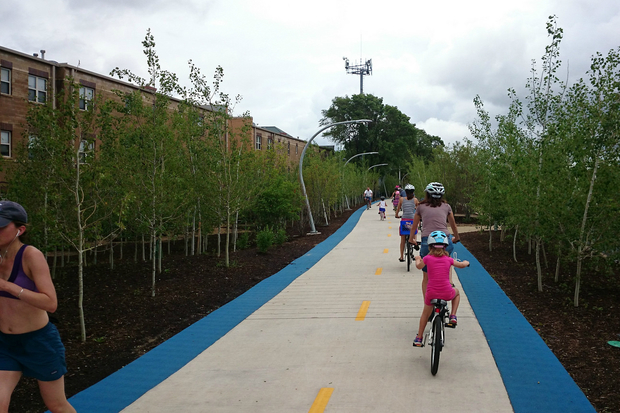 LOGAN SQUARE — No one should be on The Bloomingdale Trail after 11 p.m., regardless of where they are headed, according to the police commander who, until recently, was in charge of most of the trail.

That strong statement follows multiple reports of people being robbed along the elevated trail in the past two months.

It also goes against Chicago Park District rules that say parks close down at 11 p.m., but people can cut through them for transportation purposes — as long as they don't stop.

And therein lies a rub: police say the Bloomingdale Trail (the elevated trail that's the centerpiece of The 606) is city property and not subject to that Park District clause. But the Trust For Public Land, the city's public/private partner that manages The 606, disagrees, saying that the "travel through" exemption applies.

The Chicago Police department issued a community alert warning of robberies along the trail Saturday after they said three people had been robbed along The 606 since Feb. 19.

"The fact is that the trail closes at 11," said Cmdr. Marc Buslik, a 36-year veteran of the department who took over the Shakespeare District last April but left the position in February. "Nobody should be up there for any reason."

One of the victims who was robbed at 11:30 p.m. on a Friday night in February was pulled off his bike by a group of men, beaten and had his wallet, cell phone and bike stolen.

Last month, Buslik was tapped to assist federal officials in their probe of the Chicago Police Department and left his position in the Shakespeare District.

Despite the recent reports, Buslik said the trail has been safe with few incidents of crime other than tagging. 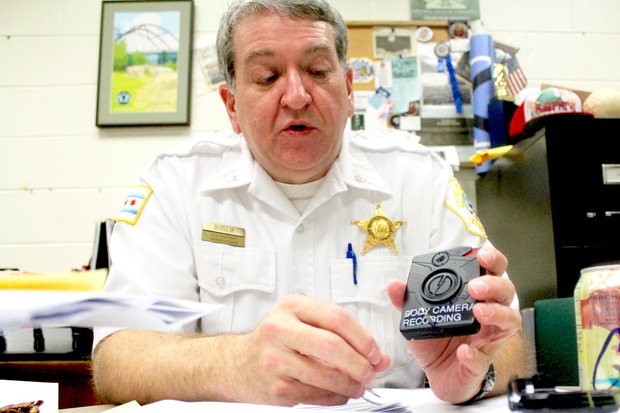 Buslik's insistence that no one be up on the trail after hours goes against the Park District's rules, but the commander says the trail itself is a "city park," such as Fireman's Park at Kimball and Milwaukee avenues, which means the trail is city property but managed by the park district. Thus, according to Buslik, the park district rules that allow for traveling through the park do not apply.

The commander said the five parks alongside the trail are Chicago Park District parks, but the trail is not.

A spokesperson for the Trust For Public Land disagreed.

As of now, cutting through after hours is allowed "only without stopping, and only if the park provides a direct route from current location to destination. Once the park closes, people are not allowed to congregate, walk dogs, or engage in other activities," according to Alka Nayyar, a spokeswoman for the Trust For Public Land.

Some bikers, such as 65-year-old Jim Angabright, argue the late night and early morning riding should be allowed due to the trail's original purpose of being used for transportation.

More than half of the $95 million cost for the trail built on an old elevated rail line was covered by federal Congestion Mitigation and Air Quality grants, which were earmarked for commuting projects.

"I really hate Milwaukee Avenue," he said. "I enjoy taking The 606 instead of Milwaukee. It's a couple blocks extra riding, but no problem. It's pleasant."

Angabright, a Logan Square resident without a car, said he constantly rides the trail on Friday and Saturday nights and occasionally rides on it past 11 p.m. The trail, for him, is an alternative to Milwaukee Avenue.

"At 1:30 or 11 o'clock at night there's more people [biking] on Milwaukee Avenue than cars," Angabright said. "You can tell by the way they are dressed, they are either coming to work or going to work. You have to get that through people's heads. This isn't just for funsies."

Angabright said he usually sees "a few" people up on the trail while riding after curfew.

Nayyar, the spokeswoman for the Trust for Public Land, urged "extra caution" for those who choose to access The 606 and trail after hours under the narrow exception. She stressed the other park rules including noise restrictions, as the train runs through four residential neighborhoods with many residences butted up directly to the trail.

"How are you going to keep people off The 606?" Angabright said. 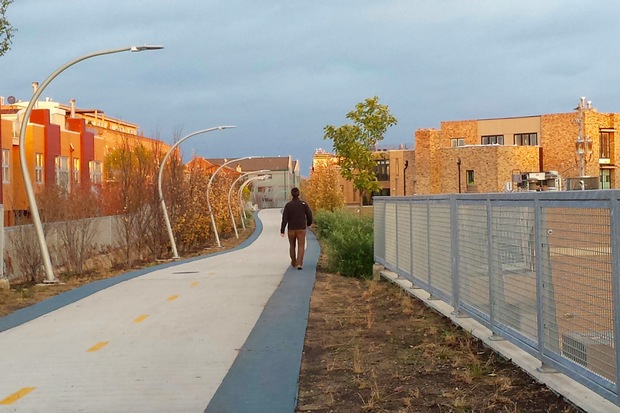