By Mark Konkol |&nbspMarch 2, 2016 5:32am
@KonkolsKorner
Twitter Facebook Email More
The cast of NBC's "Chicago PD" in the episode titled, "The Cases That Need To Be Solved."
View Full Caption
NBC

CHICAGO — A few weeks back, an art student working as a nurse in Lawndale sent me a note.

“I am seeking a list of names to place on a large wooden panel, similar to the concept of the Vietnam Memorial,” Rebekka Brennan wrote.

I didn’t think about Brennan again until a few days ago when she sent me a photo of the mixed-media project she created using the name of every person murdered in Chicago since 2012.

“I have a strong belief in the healing aspect of art. It has a way of crossing a lot of barriers … and a powerful way to display an issue,” said Brennan, a Kentucky native who works as a nurse at the Lawndale Christian Health Center and until recently lived in the neighborhood for eight years.

“I was talking with my husband about why Chicago leaders would never create a memorial for victims of gun violence. It wouldn’t happen here because it shows their weakness. And he said, ‘You should do it anyway.’” 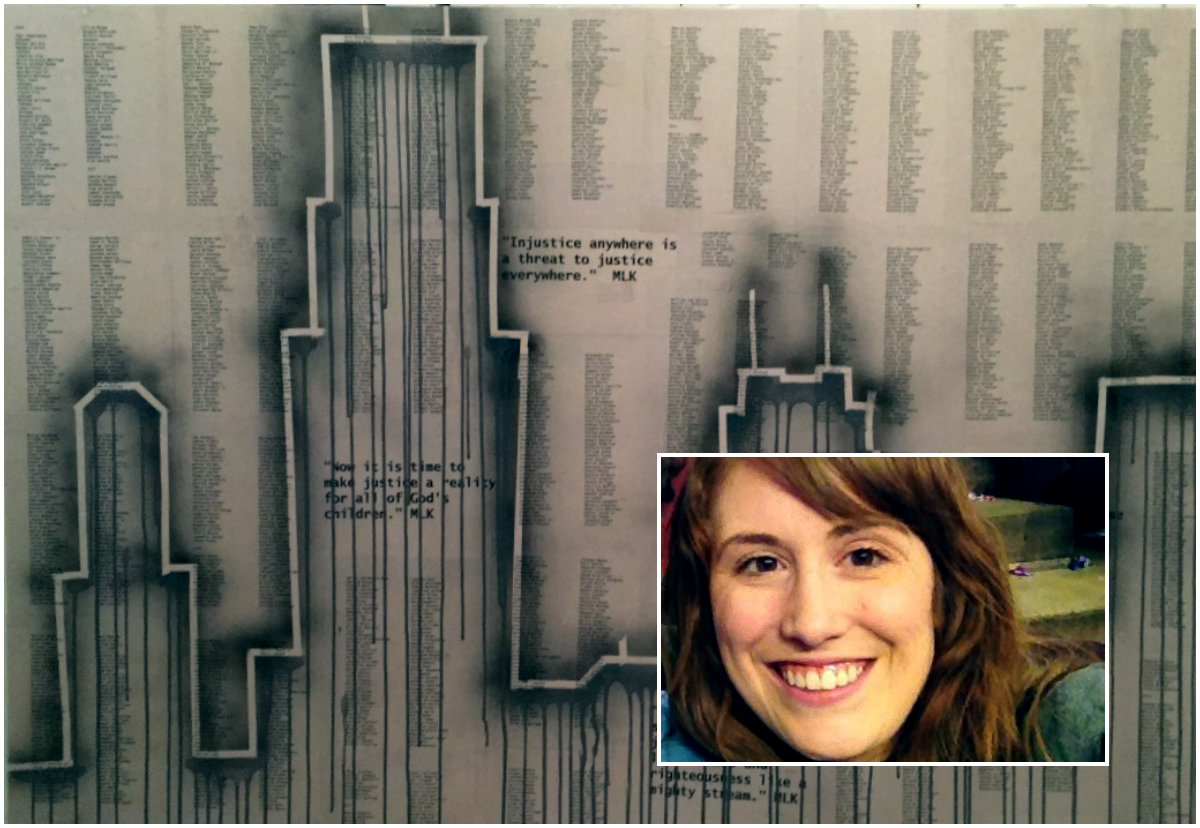 That stuck in my head while I watched Chicago native Hannibal Buress’s new stand-up comedy special on Netflix and the latest episode of "Chicago PD" on NBC.  Both appeared to take inspiration from Chicago’s shooting problem.

Each was an example of art reflecting our reality, and seemingly done to add perspective that might lead to understanding on a long road toward finding solutions to simmering conflicts that have rocked Chicago.

Buress didn’t mention his hometown when he joked, during his Netflix comedy special, about the reason he once reluctantly posed for a photo with a police officer. He didn't need to.

“These days you deny a cop something, that s--- can go left real fast,” Buress said near the 50-minute mark of his set.

Then, Buress illustrated his point by acting out a situation between himself and a squeaky-voiced police officer.

It started with Buress as an imaginary cop asking, “'Hannibal, can I please take a picture with you?'”

“You know what officer, I’m sorry officer, I’d rather not,” Buress said in natural baritone.

“'Hey, stop resisting,'” Buress said, switching back to a squeaky officers’ voice, pointing his finger like a pistol. 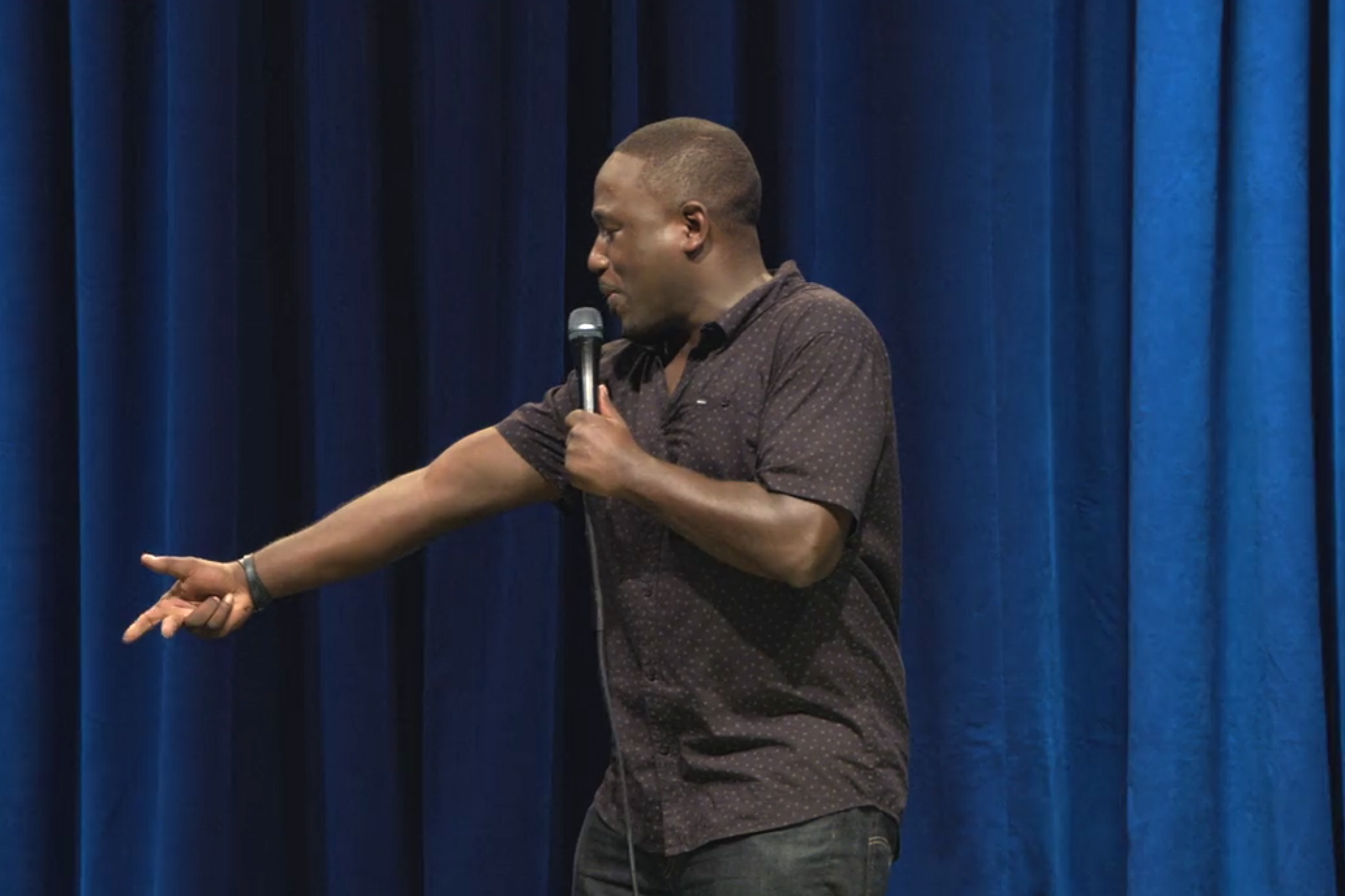 For me, the moment was clearly reminiscent of a video showing Chicago police officer Jason Van Dyke fire 16 shots at Laquan McDonald until the black teenager, who appeared to be walking away from police, was dead.

Nobody laughed. Still, Buress ironically managed to lighten the mood with even more tragic truth lifted from the news.

He predicted the headline that might follow such an incident: “Comedian Hannibal Buress grabs police officers gun at the bus station.”

Buress went on to surmise what might happen next.

“Now, all the sudden, there’s an eyewitness,” the African-American comic said.

Buress got laughs by ticking off a series of events — the false statement of a witness and a jury of people who don’t like his jokes — that might likely lead to his wrongful conviction in the event the bullets didn’t kill him.

A joke about the idea a black celebrity could get shot or jailed for refusing to take a selfie with an officer can only be funny if we suspend our disbelief that it could actually happen.

But when the laughter stops, disbelief returns and, if you’re like me, you start thinking about certain truths, including:

* A "Thin Blue Line" code of silence exists in the Police Department and continues to harbor dirty cops.

* There's a corrupt system in place for investigating officer misconduct that hides important information from the public — video of an officer shooting a teenager 16 times, for instance — and allows officers, even cops who the police superintendent says should be fired, to keep their jobs.

* Those things permit a culture that lacks consequences for cops that make false statements and lie on police reports to cover for each other, which sometimes leads to the wrongful conviction of innocent citizens.

Art reflects life. And in the case of Buress's joke, the artistic intersection of comedy and tragedy aims to help us see reality more clearly through a new perspective.

It happened on TV, too.

The episode titled, “The Cases That Need To Be Solved” started with a disclaimer, “The following story is fictional and does not depict any actual person, entity or event.”

But anybody reading the news out of Chicago will have little trouble spotting the inspiration for the episode’s plot — a tender-age boy murdered in an alley. It's a lot like the real-life tragedy that befell Tyshawn Lee, a 9-year-old who police say was lured into an alley and executed as a pawn in a raging gang war.

All through the episode, "Chicago PD" writers dropped knowledge on a national audience that doesn’t read local Chicago news. In the episode, there were a fistful of reasons the shooting won’t stop in our town.

In scene after scene, "Chicago PD" raised issues reporters have been documenting for years:

* The no-snitch code of silence on the street makes it difficult to solve murders.

* Gang members would rather risk death than cooperate with police.

* Some people would rather put their trust in street justice revenge than the criminal justice system.

* Gang members train kids to be shooters because preteens won’t get charged as adults, and they need to learn the ways of the street, as one character explained.

“Chicago PD” Desk Sgt. Trudy Platt, played by Oak Park-raised actress Amy Morton, says, “I thought I saw the worst of it with the Tyshawn Lee case, and then this comes along. Do you realize that during Desert Storm we lost 150 men and women in action? In Chicago 2015, we were at 480. You gonna tell me we don’t have a war on our streets?”

Officer Sean Roman, played by actor Brian Geraghty, replies, “Nobody even wants our help. Nobody’s backing us. I got cellphone cameras in my face every stop. You make one wrong move, you say one wrong thing, they’re coming at you for punitive damages. … Every day another copper’s headed down to Corporation Counsel to get sued.”

The NBC police drama didn’t delve into City Hall policies and the Law Department maneuverings that in real life have emerged as part of the systemic problem at the heart of the public’s distrust of the Police Department.

But maybe that will happen next year if NBC expands the Chicago drama franchise to a rumored fourth show, “Chicago Law."

It could be an opportunity for Wolf to hold up his artistic mirror to reflect the truth about a flawed system for monitoring police misconduct that for generations has protected crooked cops from punishment and helped keep their dirty deeds secret.

Heck, if Wolf puts together a compelling “crossover” episode it might be just the thing to inspire the U.S. Justice Department to finally connect its probe of the Police Department to City Hall.

Sometimes, it takes an artist's touch and a little inspiration — say a certain news story about the influence Chicago's top lawyer has within the real Chicago Police Department — to get to the heart of such things so people have a better understanding of why they continue to suffer.

Nurse and art student Rebekka Brennan used DNAinfo Chicago's murder timeline to include the names of every murder victim in Chicago since 2012 in her work of art.
View Full Caption
Rebekka Brennan
Twitter Facebook Email More