By Heather Cherone |&nbspMarch 1, 2016 6:38am
@HeatherCherone
Twitter Facebook Email More
A plan to replace the workshop and store of a world-renowned canoe builder and conservationist with a drive-thru Dunkin Donuts is under fire from the Portage Park Neighborhood Association and nearby residents.
View Full Caption
Flickr/Eric Lewis

DUNNING — A plan to replace the workshop and store of a world-renowned canoe builder and conservationist with a drive-thru Dunkin Donuts is under fire from the Portage Park Neighborhood Association and nearby residents.

The project would tear down Ralph Frese's Chicagoland Canoe Base shop at 4019 N. Narragansett Ave. and two restaurants to create a new shopping center on the Portage Park-Dunning border. The center would be anchored by a Dunkin Donuts with a drive-thru lane, and up to four or five other shops, said Ald. Nicholas Sposato (38th).

Patricia Conroy, a leader of the group, said its members believed the development would "adversely impact quality of life issues not just for those who live [nearby] but for all who have to travel on Irving Park Road and Narragansett Avenue." 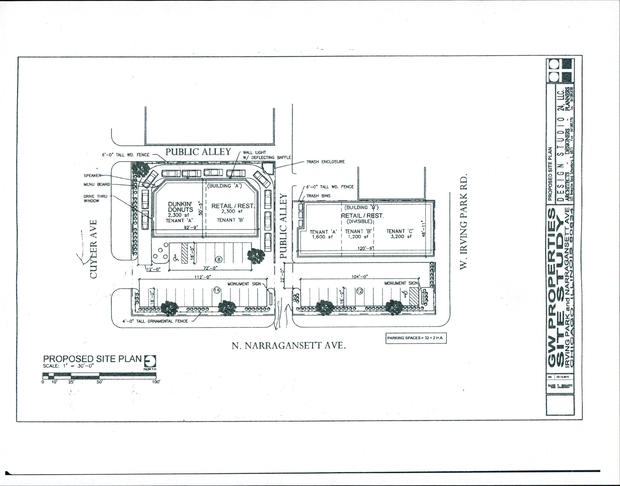 The canoe shop has been vacant since 2012, when Frese — a world-renowned canoe builder and conservationist — died. The stretch of Naragansett in front of the shop was named in his honor in 2013 under a measure sponsored by former Ald. Tim Cullerton (38th.)

When Frese's family told Cullerton they planned to sell the property, which was likely the last working blacksmith shop in Chicago, the former alderman changed the rules governing the property in an attempt to ensure nearby residents had a say in what replaced the canoe workshop and store.

The property was rezoned nine months ago, Sposato said, paving the way for the development to be built, which would have parking along Narragansett in front of the buildings, according to the site plan.

Two meetings were held about the strip-mall development, which would tear down Mr. A’s Restaurant and Magic Jug Restaurant along with the empty canoe workshop, and neither were well attended, Sposato said.

"Hopefully, this development will draw more people to the area," Sposato said.

The Dunkin Donuts in the Dunning Square development plans to move from across Narragansett to the new strip mall, once city zoning officials approve a special use permit for the drive-thru, Sposato said.

Sposato said he was "baffled" by the concern of the Portage Park Neighborhood Association about a development in Dunning.

Conroy said the group got involved after getting complaints from neighbors about the development, who said they did not know about the meetings until after they happened.

"We want to work with the alderman," Conroy said.

Conroy said she and other members of the Portage Park group met with Sposato on Monday and asked him to hold a meeting about the permit for the drive-thru lane.

"It didn't sound like he wanted to do that," Conroy said.

The new storefronts would be built between Irving Park Road and Cuyler Avenue, which features single-family homes.

The planned development will snarl traffic in the area as cars vie to turn left onto Narragansett from both the new shops and the Dunning Square shopping center, Conroy said.

"The alderman thinks people don't care, but we do," Conroy said.