DOWNTOWN — With "bunnies" as waitresses, the world's first Playboy Club Downtown gave a new spin on "Leap Day" when it opened on Feb. 29, 1960.

“The original motivation for the Chicago Playboy Club was to have a place to hang out with friends," Hefner wrote in an email to DNAinfo Chicago. "My initial concern was how to recreate for club members the fantasy that was reflected in the pages of the magazine. As it turned out, we put it all together and they brought the fantasy with them.”

Richard Rosenzweig, 80, who's been with the Playboy company for 58 years and is currently Senior Advisor and Director, said the food actually brought customers in.

"We were known for the sirloin steaks," he said. Still, he acknowledged, "And people loved that the Bunnies were serving them."

It remained open in Chicago until 1986, six years after the club had moved to the corner of Clark and Armitage in Lincoln Park.

Rosenzweig and Teri Thomerson, Playboy's publicity director, as well as representatives from the Chicago History Museum aren't sure why the club opened on a Leap Day.

But Joy Bivins, director of curatorial affairs at Chicago History Museum, said Playboy and the impact of the club's founding "on American popular culture in the mid- to late 20th century cannot be overstated, particularly when the club opened in 1960."

"The magazine was doing exceedingly well at the time and the club helped to extend the vision that Mr. Hefner was trying to establish with his magazine," Bivins said.

"It was an exciting time, I can tell you," said Rosenzweig. 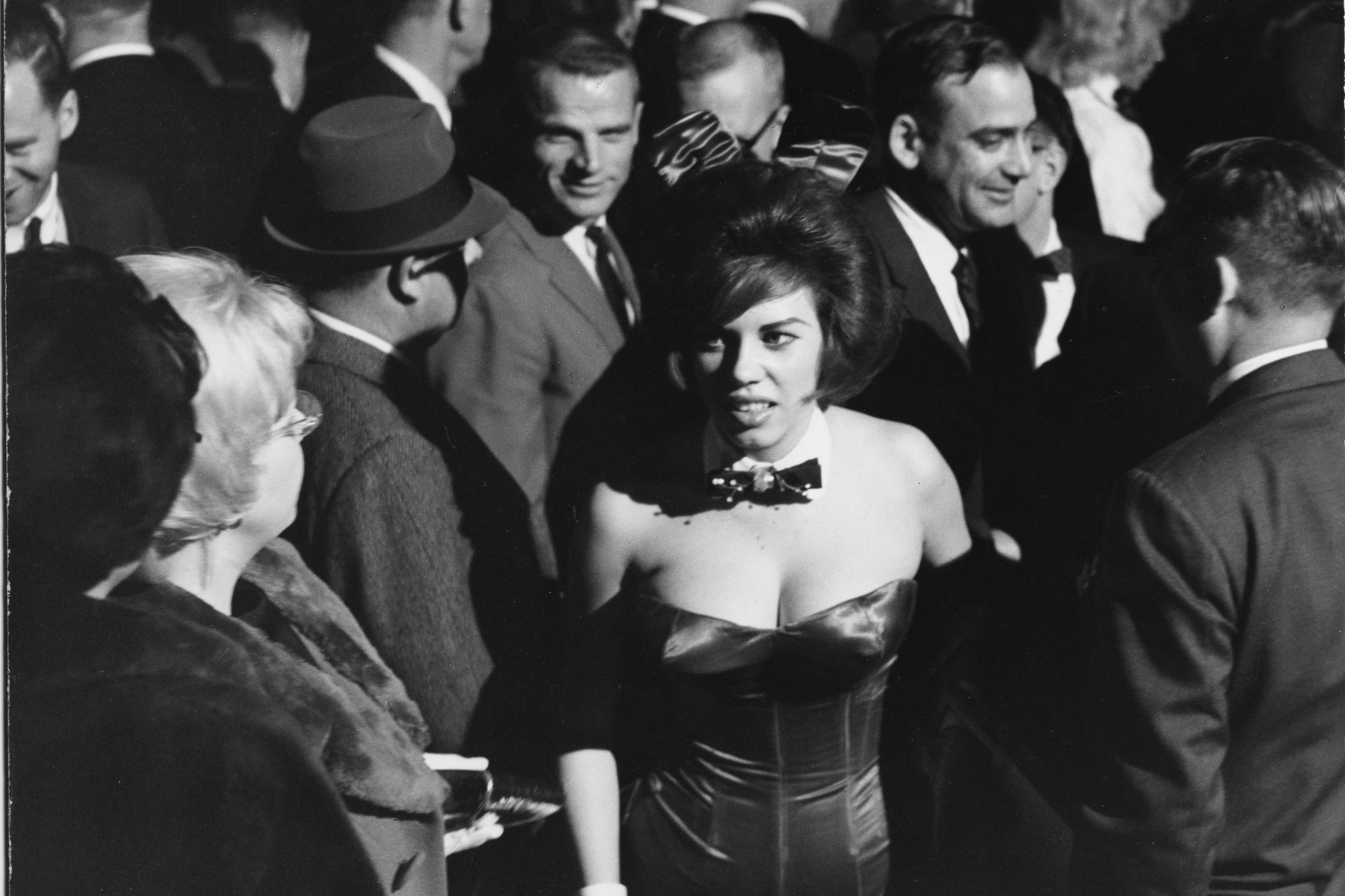 A Playboy Bunny during the early 1960s in Chicago. [Chicago History Museum]

The Chicago club's model — upscale decor, Bunnies as waitresses and big-name entertainment — would be replicated in Playboy Clubs around the world. Rosenzweig said entertainers could work a "Playboy circuit" by playing just Playboy Clubs all 52 weeks a year, if they wanted to.

"At the time the first club was put together, there was nothing representative of the good life for people who were young at heart," Rosenzweig said. "It was very warm, contemporary and a place to be seen and have a great deal of fun. A number of our customers who traveled — for business or personal use — would feel comfortable in the other clubs if they wanted a little touch of home, because that original design was carried throughout all the other clubs."

The clubs also had a unique sign-in policy, where customers would provide a special key, and, when they were present, their nameplates would appear on a directory up front, Rosenzweig said.

The club was an extension of the Playboy magazine Hefner, a Steinmetz High School graduate, created out of his Hyde Park apartment in 1953. Clubs eventually opened all over the U.S. and in international spots like Jamaica, Japan, Philippines, England and Canada.

Playboy still has clubs in India and London. In 2011, there were efforts to bring a Playboy Club to Chicago's John DeKoven mansion at 1150 N. Dearborn St., but the deal never went through.

Rosenzweig said "it's hard to know" whether a club could ever return to our city. 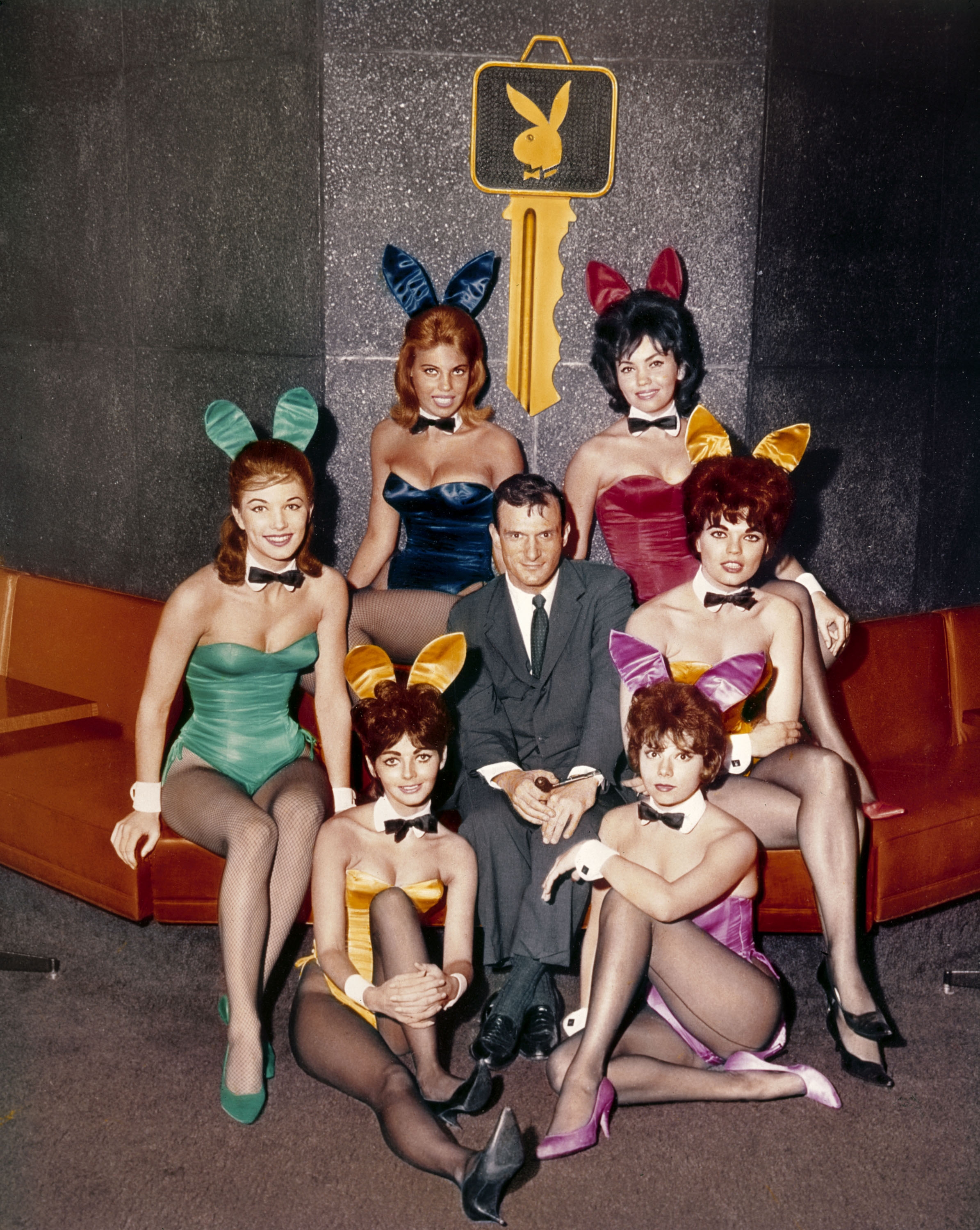 Chicago's Playboy Club was founded Feb. 29, 1960. Hugh Hefner with some of the Playboy Bunnies. [Playboy]