DOWNTOWN — The city's move this month to seize the Old Main Post Office is far from the first time local politicians have raised eminent domain in a bid for redevelopment.

But the city's use of eminent domain isn't as easy as it once was amid more public scrutiny over the practice, experts say.

Once Richard J. Daley's preferred method to raze and replace large swaths of the city with pet projects, eminent domain — or the government's power to seize and redevelop "blighted" properties in the name of urban renewal — has been used less by the city in recent years to take over prime Downtown real estate than to coerce idling landlords to sell.

"Eminent domain is not the slam dunk it used to be," said Jon DeVries, director of the Marshall Bennett Institute of Real Estate at Roosevelt University. "It’s just gotten a lot more difficult to do."

The Old Main Post Office, a colossal 2.5-million-square-foot Art Deco fortress atop Congress Parkway, has sat empty for decades despite its potential. Its current owner, a Monaco-based developer, has proposed grand ideas for the site since buying it in 2009, but has seemingly never come up with the money to pay for any of them.

The last DNAinfo Chicago heard from the developer, International Property Developers, the plan was 1,500 "micro apartments," some to be built in a new 100-story tower next to the equally big post office. A consultant on the project, Martin Mulryan, said last month the ambitious project's financing would come "in the next few weeks."

The city wasn't as optimistic, and announced its intentions to take the property last week.

"There are no viable plans from this developer," Kelley Quinn, a spokeswoman for Mayor Rahm Emanuel, said in an e-mail. "We are moving full speed ahead with our plan that will develop this site and create thousands of jobs."

Mulryan, who did not return messages seeking comment, later indicated to the Sun-Times the developer plans a legal fight to keep the property.

City Hall's move to take the post office and sell to another developer would be major, but certainly not unprecedented. Here are just some other times The City That Works used or threatened eminent domain to get what it wanted Downtown: 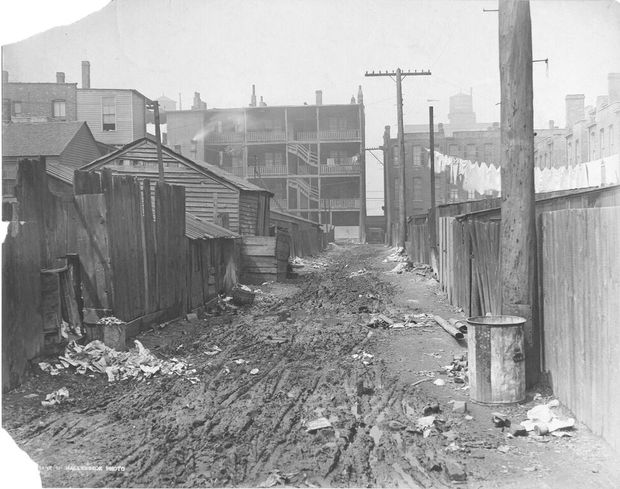 Looking west down an alley north of Congress Parkway and east of Halsted Street, in 1910. [Chicago History Museum]

DeVries said "modern" eminent domain redevelopment started here in 1941, when the state created the Illinois Medical District at the city's request in a bid to protect Rush, Presbyterian, and the Veterans Affairs hospitals from nearby West Side slums.

"Conditions were so bad in the neighborhood the hospitals threatened to move out of the city," DeVries said.

The city kept its hospitals, but the slums stayed and the surrounding area still hasn't caught up with faster-growing Downtown neighborhoods.

THE UNIVERSITY OF ILLINOIS-CHICAGO

Daley was elected in 1955, and one of his first goals as mayor was to build a new University of Illinois campus within city limits. The university preferred to move out of its then-makeshift home in Navy Pier to a suburban location, but the city backed a 65-acre tract in the South Loop.

"The South Loop site seemed ideal — close to the city's core, connected to transit, and with potential room for growth," DeVries and his colleague, D. Bradford Allen, wrote in their 2013 book Planning Chicago.

The only problem was that the South Loop site wasn't considered blighted; it was owned by railroads who asked for more than Daley was willing to pay. So he turned his attention to the area around Harrison and Halsted streets, an enclave of working-class Greek and Italian families. Daley's plan passed through the City Council a month after he proposed it, and more than 8,000 people and 600 businesses got the boot. The University of Illinois-Chicago campus opened in 1965 amid sit-in strikes at City Hall.

Miles Berger, a Daley confidant and member of the Chicago Plan Commission then, told the Planning Chicago authors that building UIC "took its toll on Daley personally."

"Fighting all those people wore him out, and it made him weary of other big fights," Berger said. 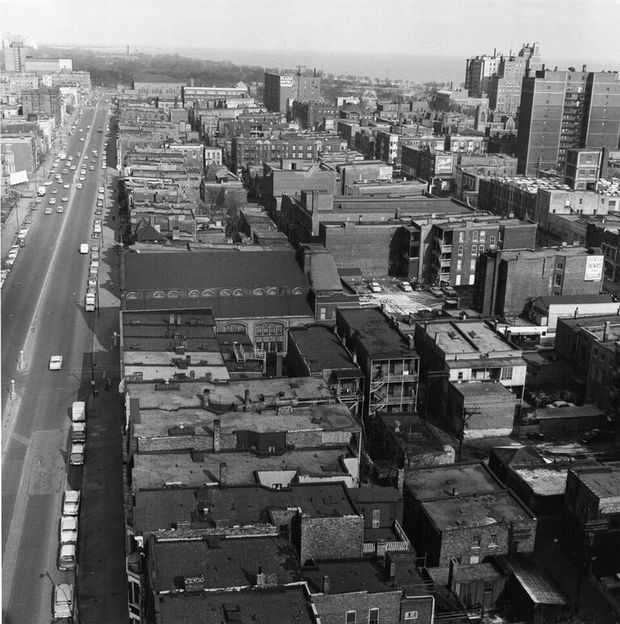 Aerial view of tenements between Division Street and North Avenue along Clark and LaSalle streets, which were cleared by the city for the high-rise rental towers known as the Carl Sandburg Village apartments. [Chicago History Museum]

Aiming to create a buffer between the Gold Coast and nearby tenements, the city in the 1950s bought huge tracts of land along LaSalle and Clark streets in Old Town to build Sandburg Village. The cluster of high-rises named after American authors is still seen as middle-class, but it drove out blue-collar workers, including Chicago's nascent Puerto Rican population, to neighborhoods like Lincoln Park and later Humboldt Park. 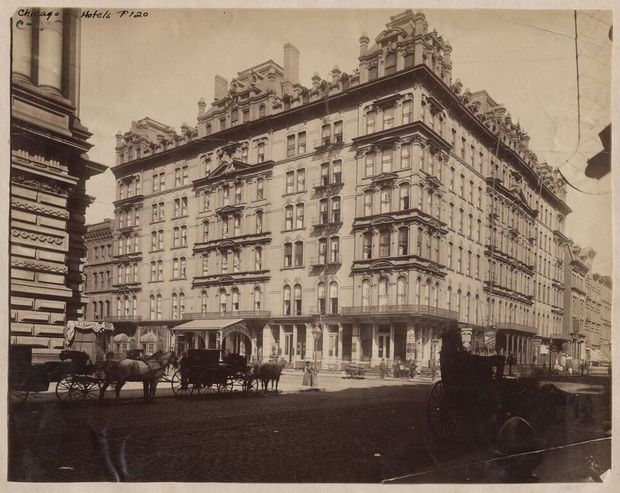 The Sherman House Hotel, once owned by the son of the famous Civil War general, hosted presidents and other dignitaries for decades. But in 1973 the entire block at Clark and Randolph streets was condemned to make way for a new State of Illinois building now called the James R. Thompson Center. Gov. Bruce Rauner announced plans last fall to sell the Thompson Center to a developer who might choose to raze and replace the Helmut Jahn-designed dome. 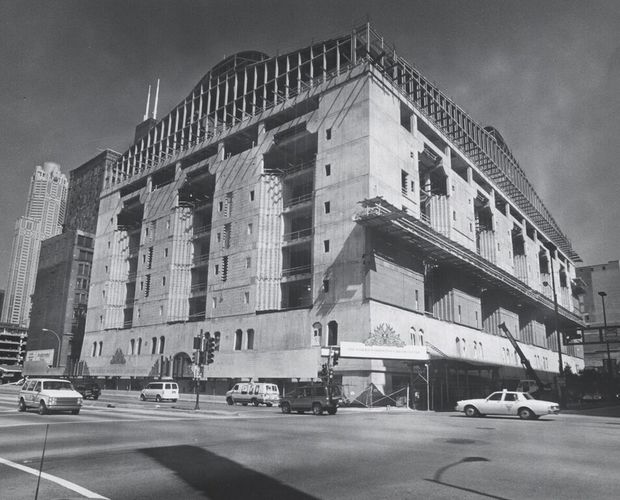 The city's Downtown library had outgrown what's now known as the Chicago Cultural Center by the mid-1980s, and with a decades-long plan to redevelop the stretch of seedy bars and movie houses in the Loop, City Hall in 1987 used eminent domain to acquire a whole row of State Street properties from Van Buren to Jackson for the Harold Washington Library and neighboring Pritzker Park. The nine-floor library opened in 1991.

Many organizations, like the Friends of Downtown advocacy group, thought eminent domain was an unnecessary move here in the '80s.

"This threat of redevelopment hanging over the head of the property owners, we felt, actually prevented them from making the investments they otherwise would have," said Dennis McClendon, a local real estate observer and vice president of development and planning for the South Loop Neighbors community group. "What eventually became Pritzker Park and Harold Washington Library was actually preventing the natural redevelopment of parts of the Loop." 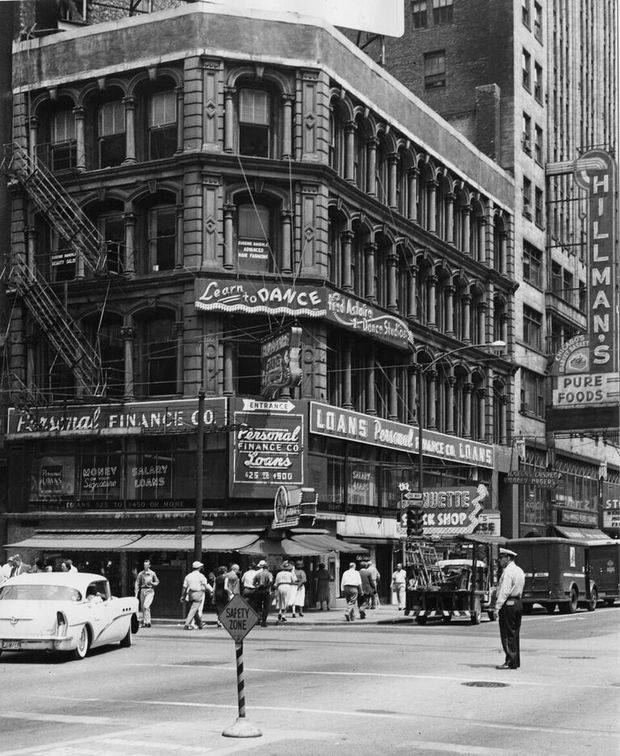 City officials had eyed the stretch of State and Dearborn streets from Randolph to Washington — called Block 37 in the 1830 plat laying out Chicago — for more than a decade before Mayor Harold Washington established the city's first tax-increment financing district there in 1983. The city seized the block in 1989, and a carousel of developers and city initiatives tried their hand at reviving the site until Joseph Freed & Associates finally built a mall there in 2008, just in time for the recession.

Freed, led by disgraced developer Laurance Freed, lost the mall to foreclosure in 2011, but with new anchor tenants such as Latinicity and an AMC movie theater, the shopping center is finally beginning to show signs of health. There's still no word on what the city plans to do with the $250-million train station it built and never opened under the mall, though. 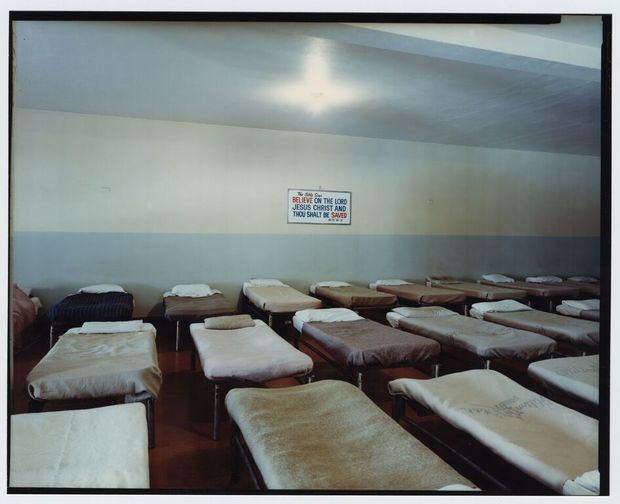 The city and Chicago Board of Education sued the Pacific Garden Mission, a longtime homeless shelter at 646 S. State St., under eminent domain in 2003 before agreeing to a sale that allowed for an expansion of Jones College Prep High School. The city and Board of Ed paid $13 million for the site in 2005 after the mission rejected the city's initial $7 million offer. The mission took the money and moved elsewhere in the South Loop. 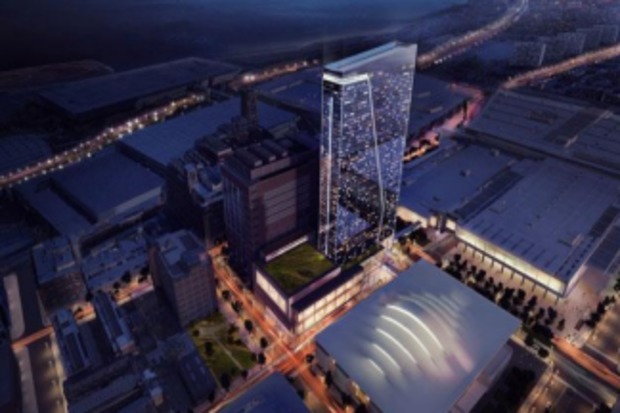 A rendering of the McCormick Place event Center (DePaul Arena) and Marriott Marquis slated to open in 2017. [McPier]

The Metropolitan Pier and Exposition Authority invoked eminent domain twice to force Lakeside Bank to a new South Loop home in order to build a new hotel and basketball arena for DePaul University. The agency, known as McPier, displaced the bank but also used eminent domain to allow Lakeside to move to a nearby parking lot in the neighborhood. The bank later thought it got shortchanged in the deal and a legal tussle followed.

McPier also originally hoped to build its high-rise Marriott Marquis hotel near McCormick Place at 111 E. Cermak Road, a site owned by McHugh Construction, which wants to build its own data center and hotel there. But the following lawsuit led the city to move the hotel to another site at 2121 S. Prairie Ave. The hotel and arena are set to open next year. 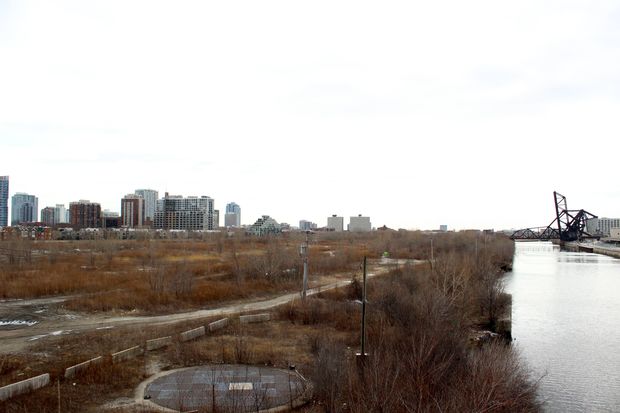 The city threatened to seize this 62-acre tract south of Roosevelt Road in 2014 before its owner sold to a developer. [DNAinfo/David Matthews]

Emanuel most recently threatened eminent domain in 2014 over a 62-acre South Loop site once owned by imprisoned developer and political operative Antoin "Tony" Rezko. Rezko, of Rezmar Corp., sold the riverfront site south of Roosevelt Road to a Luxembourg company in 2005, but nothing ever was built. Facing the prospect of losing the site to the city, the owner sold the property to prolific Chicago developer Related Midwest, which also owns the former Chicago Spire site.

"It was ideal they did the deal without going down this legal route" of eminent domain, DeVries said.

With the post office owner threatening a fight, DeVries and others hope the same there, too.