This Could Be Chicago's Next Skyscraper: Helmut Jahn Tweaks Tower Plan

SOUTH LOOP — Helmut Jahn has traded the sharp corners of his proposed skyscraper on South Michigan Avenue for something more well-rounded in the eyes of neighbors.

The star architect on Monday unveiled his new design for the now-73-story tower a developer wants to build at 1000 S. Michigan Ave. Unlike the 86-story stack of cubes shown to neighbors in the fall, the new proposal calls for a curvy tower that actually gets wider as its twisting corners rise higher.

"The shape will make it unique among tall buildings in Chicago," Jahn said Monday. "It's the only building to get bigger toward the top." 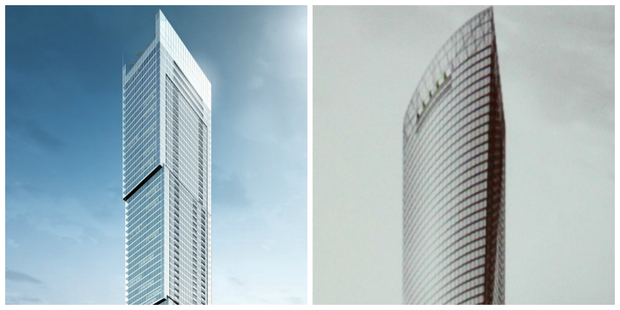 Monday's presentation hosted by the Near South Planning Board was the first chance to see new renderings for the proposed tower, which saw its height cut by nearly 200 feet after a chilly reception from neighbors in the fall. Earlier this month, a key city panel voted to restrict the height of new towers along a few blocks of South Michigan Avenue to 900 feet. The shorter, curvier Jahn-designed tower would now rise 832 feet.

Reception was mostly positive at Monday's meeting. The new proposal "fits the context" of the vintage South Michigan Avenue streetwall much better, said Howard Hirsch, an architect who lives nearby.

"I like this concept a lot better than the last one," said Hirsch, who's not involved with the project. "It's a very good-looking building and I'm looking forward to it."

"This helps to start anchor the south end," he said.

The shorter proposal would also include 486 parking spaces, down from 598 last fall, and a deeper setback from Michigan Avenue. The tower would still include 506 residences, 307 of which would be condominiums for sale. Rentals would be stacked on top of an amenity floor and parking garage lower in the tower.

The proposal still requires city approval. Developer Jerry Karlik of New York-based JK Equities, which is partnering with New York-based Time Equities on the project, said he hopes to break ground in the next year.

Jahn is perhaps best known here for designing the James R. Thompson Center at Clark and Randolph streets. Check out more new renderings of the skyscraper proposal in the slideshow above or scroll down below: 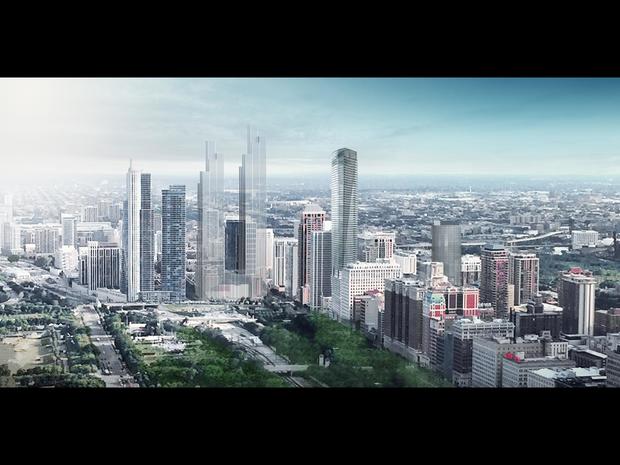 [all renderings by Jahn] 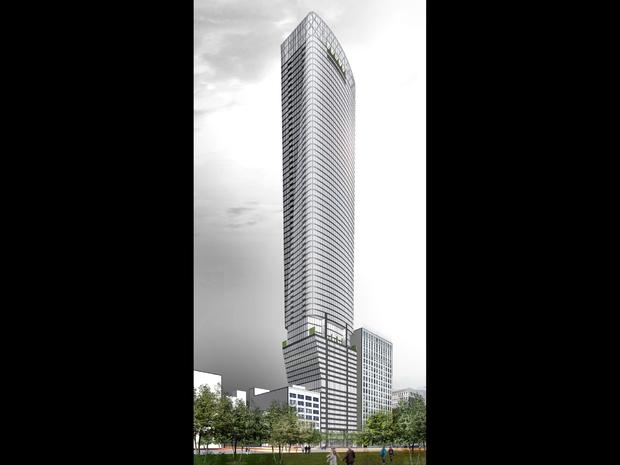 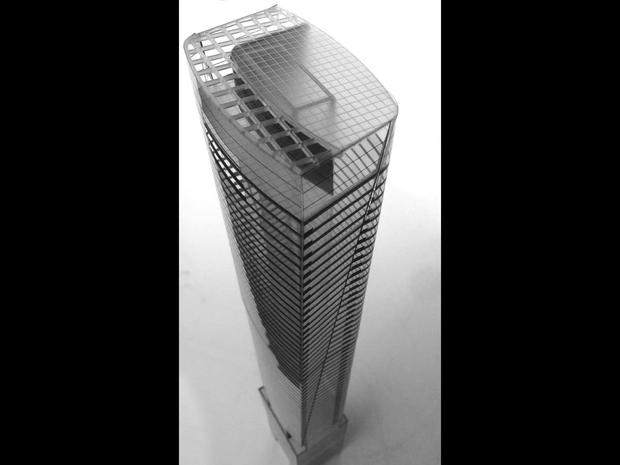 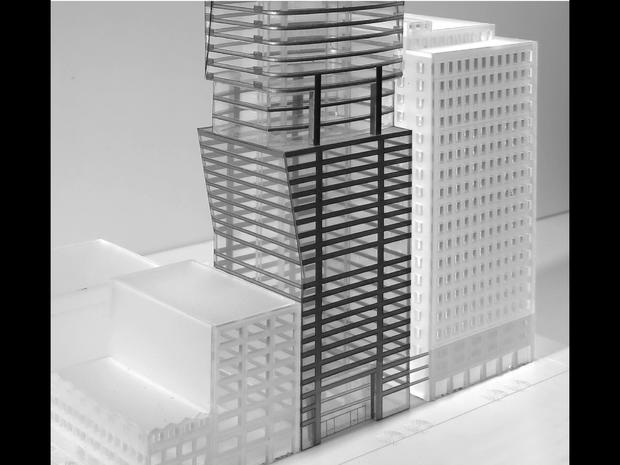 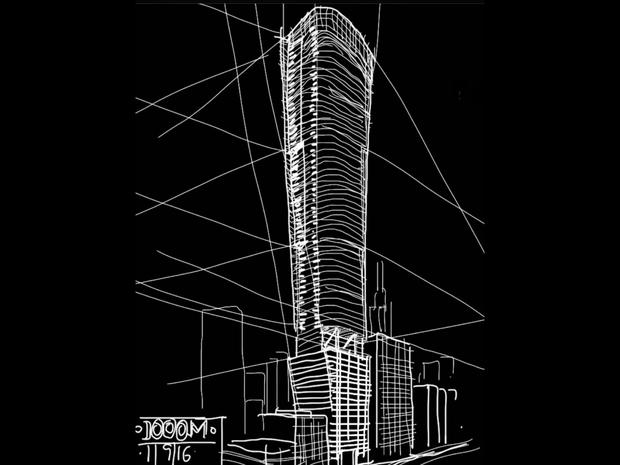